Live Action News recently reported about how the FDA is contracting with Advanced Bioscience Resources (ABR) to obtain “fresh human tissues” — aborted fetal body parts — “for implantation into severely immune-compromised mice to create chimeric animals that have a human immune system.” ABR’s history with fetal tissue research goes back years. According to the Center for Medical Progress, ABR is “the largest and oldest fetal tissue seller in the U.S.” It was founded in 1989, and is the primary supplier of fetal tissue for the U.S. government. And it has paid numerous abortion facilities a great deal of money for this tissue — including a number of Planned Parenthood centers.

The stunning graphic below from the House Select Investigative Panel report summarizes known ABR payments to various Planned Parenthood facilities for fetal tissue — totaling more than $350,000 over the course of six years, from 2010 to 2015:

According to a 2015 report from Politico:

The Food and Drug Administration has also paid about $73,000 to the company since 2009… mostly for liver and thymus tissue that are used largely to develop a human-like immune system in mice…. The NIH, with a $30 billion budget for research nationwide, funded about $76 million in dozens of fetal tissue projects in 2014. 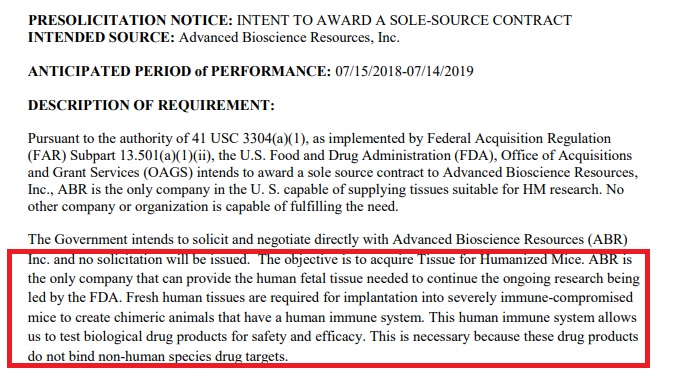 The FDA has a dozen contracts with ABR for various items, including lab equipment and supplies, according to the General Services Administration’s Federal Procurement Data System. Online records at the National Institutes of Health (NIH) indicate ABR is regularly granted federal dollars for various projects.

The 2015 Congressional investigation regarding the illegal sale of fetal body parts, following undercover videos released by CMP, led to a report. In this report, quoted below, it was revealed that ABR had been contracting with universities and abortion facilities for years: 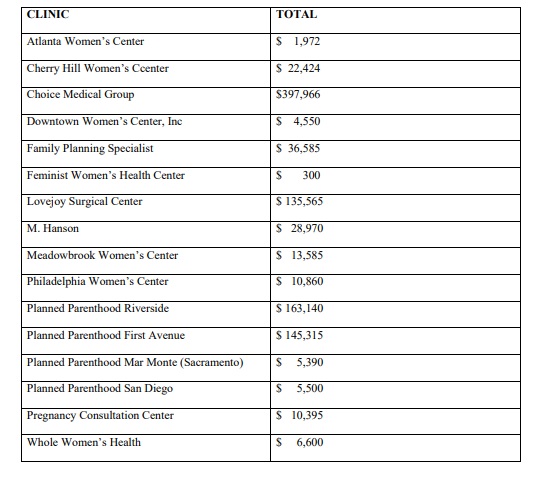 The panel then detailed ABR’s 2015 fetal parts sales to its top five customers: 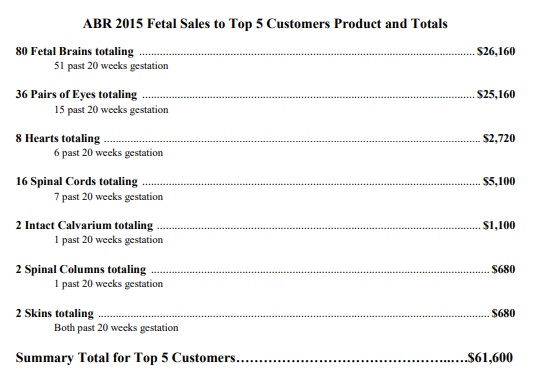 In a letter from Rep. Marsha Blackburn to the then-District Attorney of Riverside, California, the Congresswoman detailed ABR’s relationship with Planned Parenthood: 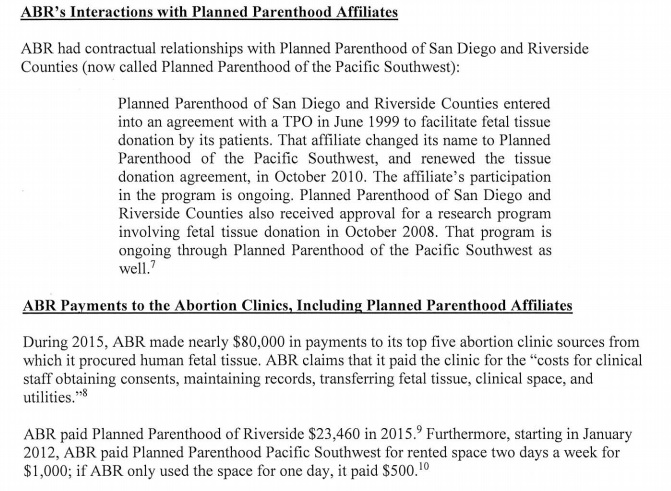 In 2016, Houston attorney Briscoe Cain claimed he found evidence of four Texas medical schools purchasing fetal tissue from ABR. Invoices from to one of the schools, given to KFOX14 Investigates and reported by CBS4, show the school paid at least $4,000-$5,000 for fetal parts including livers, spleens and thymuses. 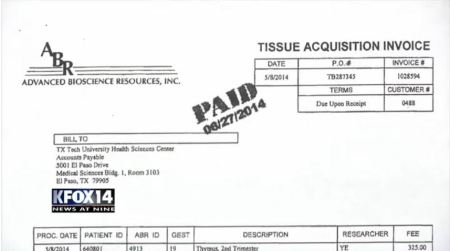 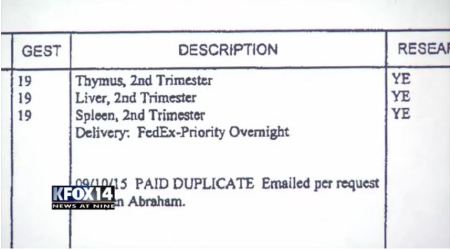 “The research being done is humanized mice. Scientists inject the mouse with fetal tissue so the mouse is genetically altered to accept the graphing of human tissue,” Cain said at the time.

In 2011, the University of Minnesota contracted with ABR for “human fetal pancreas tissue” between 16-24 weeks. 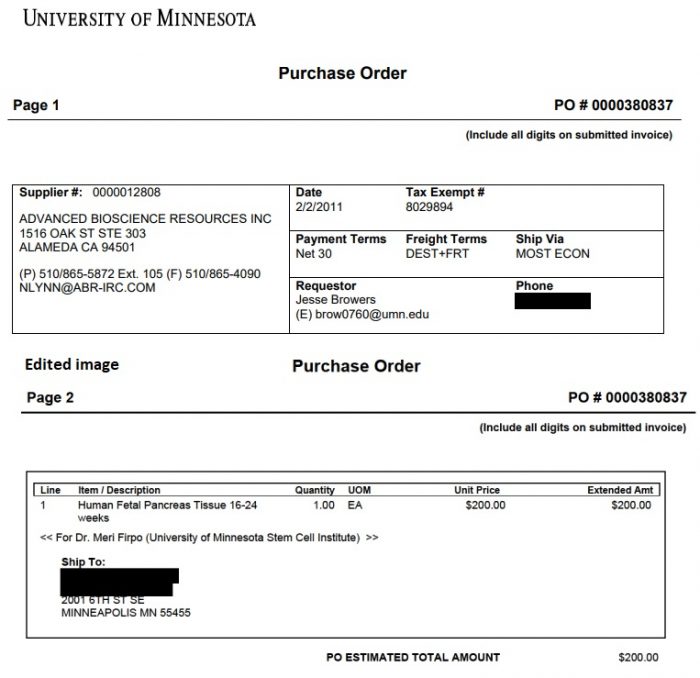 ABR contract with U of Minnesota for fetal tissue 2011

In 2000, the Government Accountability Office (GAO) was tasked to study “the involvement of federal agencies under the jurisdiction of the Senate Committee on Appropriations, Subcommittee on Labor, Health and Human Services, and Education in the acquisition of human fetal tissue for biomedical research.” The Department of Health and Human Services (HHS) told GAO that “NIH is the only federal agency under the Labor, HHS, and Education Subcommittee’s jurisdiction that sponsors research using human fetal tissue.” But Live Action previously showed that the EPA used aborted fetal tissue for research in the 1970’s.