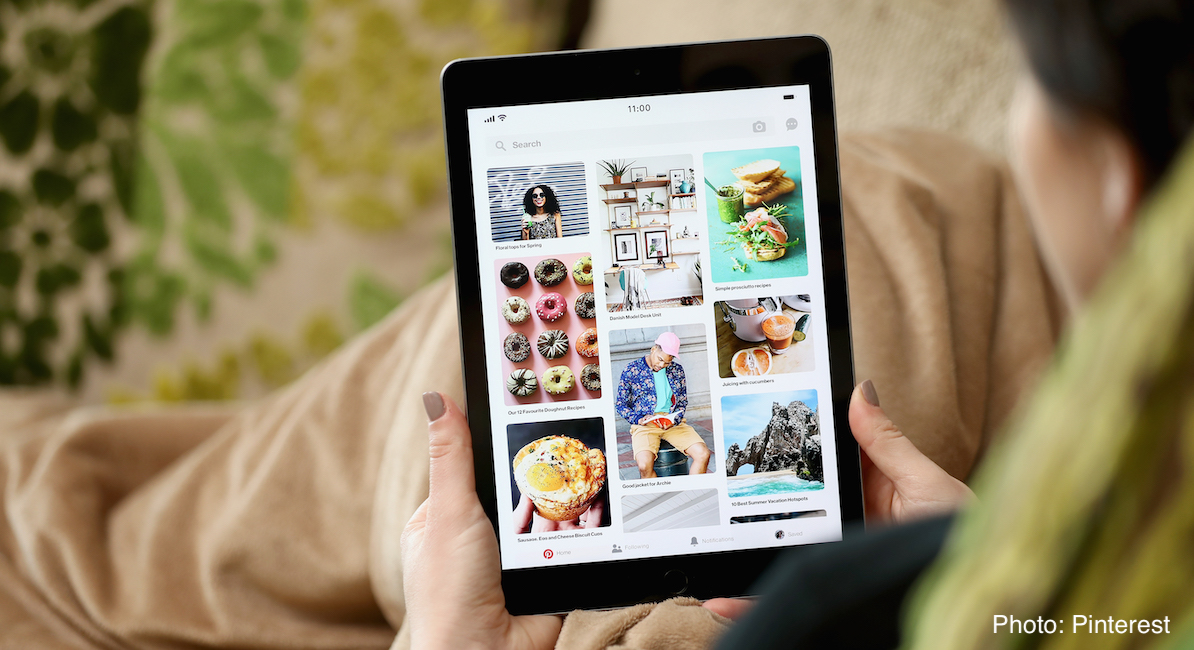 Yesterday Pinterest permanently blocked pro-life group Live Action from their platform after a whistleblower revealed the social site was censoring the pro-life message. According to a previous Live Action News report, the information came from an “undercover investigation conducted by Project Veritas.” The video, featuring the whistleblower who was fired just hours after its release, shows “inside communications confirming that a top official at Pinterest intentionally added LiveAction.org to the blocked list of pornography websites in February of 2019.” (You can donate to a GoFundMe page set up on behalf of whistleblower Eric Cochran here.)

As time went on, more shocking actions were taken against Live Action and against Project Veritas, for exposing Pinterest’s practices. Watch the video and see a timeline of events below to learn what really happened:

Pinterest has LiveAction.org on pornography blocklist. (see image below). 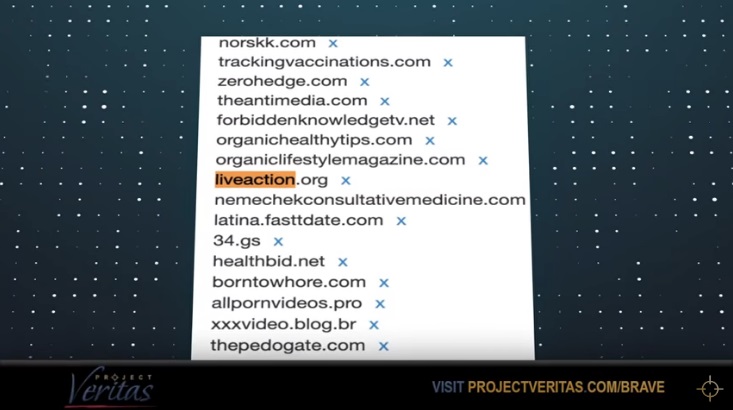 Live Action is on domain blocklist of pornography sites. You can still share images but you cannot create a pin that links to LiveAction.org. 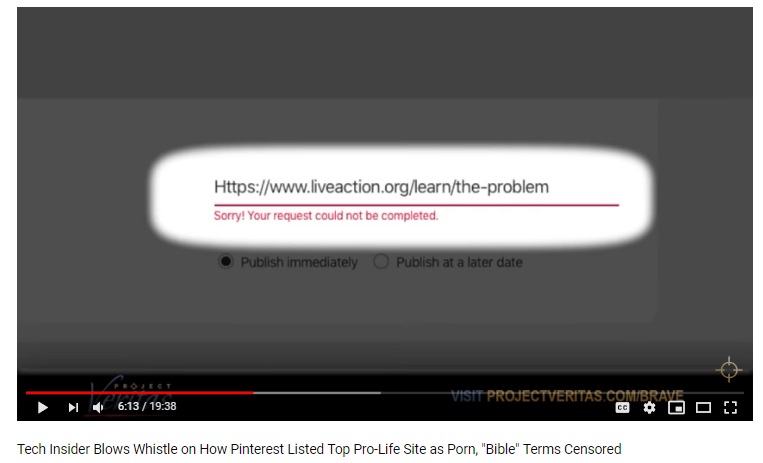 Live Action is blocked at Pinterest, per Project Veritas

Project Veritas (PV) received a notification from Pinterest that Live Action has been removed from the domain blocklist. PV conducts a test and confirms that LA’s domain is no longer blocked.

Rose then exposes Pinterest’s double standard, tweeting, “.@Pinterest allows abortion clinics to freely post ads for mail-order abortions, like the chemical pill RU-486. But they banned all @LiveAction’s pro-life posts today, saying it was because we may have ‘detrimental effects on health & public safety. What’s banned & NOT banned:” (Rose included the image below.) 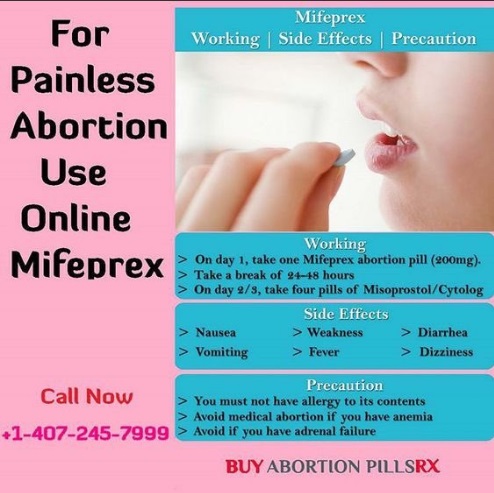 Live Action founder and president Lila Rose informs Tucker Carlson on FOX that the Pinterest whistleblower was escorted from the building:

Live Action President, @LilaGraceRose, fires back at @Pinterest over their permanent BAN of one of the largest pro-life organizations in the world. pic.twitter.com/ikwtr2JPBp

Project Veritas made their announcement about their whistle blower being fired on Twitter and published it on their blog, including the video below:

A Tweet released June 12th by the group’s founder, James O’Keefe, reads in part, “Breaking News: Twitter has decided that investigative journalism is in violation of their terms of service – @Project_Veritas has been temporarily suspended from posting for tweeting internal communications from @Pinterest…”

Editor’s Note: This post may be updated to reflect further events related to this timeline.