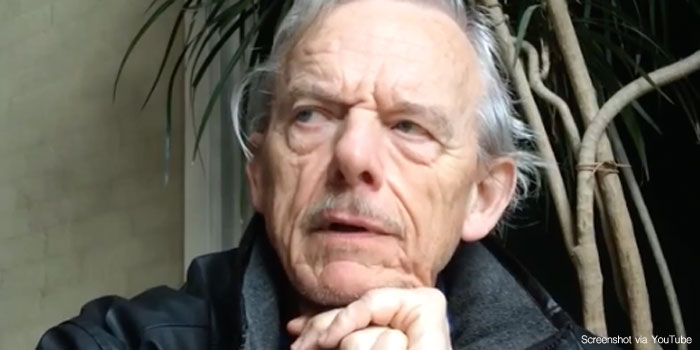 For most people, suicide is an unthinkable tragedy. But to assisted suicide advocates, suicide can be a good and dignified thing for someone who knows he or she wants to die. Such is the reality in an upside-down world consumed by the culture of death. And as assisted suicide grows, the more death comes to be seen as a good thing.

In Denmark, assisted suicide is still illegal. But like in the United States, assisted suicide advocacy organizations are trying to change that. Læger for aktiv Dødshjælp, or Doctors for Active Death, is a Danish organization that has found itself the subject of outrage after publishing a manual on how to commit suicide, written by Svend Lings (pictured above), a retired physician who may face jail time for trying to help euthanize one of his patients. He has admitted to helping Danish citizens commit suicide on at least 10 occasions. In his manual, Lings lists at least 300 suitable medications to help people kill themselves, and other physicians in Denmark have sharply criticized Lings for it.

“It’s completely crazy that they can find it. They put people’s lives at risk,” Merete Nordentoft, a senior physician at Psychiatric Center Copenhagen and Professor of Psychiatry at the University of Copenhagen, said. “You may risk somebody who would otherwise have survived and have come away from their suicidal intentions.” Approximately half of Denmark’s 12,000 suicide attempts each year are through medication poisoning. According to Sputnik News (emphasis added), “Only 10 percent of the survivors later try taking their life again. By Nordentoft’s own admission, many later suffer from profound regret.”

READ: Assisted suicide machine puts occupants to death with the click of a button

As multiple studies have shown, most people do not request assisted suicide out of fear of pain or suffering, but because they feel hopeless, are struggling with clinical depression, or fear they are burdens on their families — in other words, for the same reasons that healthy people seek out suicide. Yet organizations like Læger for aktiv Dødshjælp continue to promote death, including for the healthy. In the United States, Compassion & Choices is the most notorious and well-known assisted suicide advocacy organization, but they were formerly known as the Hemlock Society, and they promote VSED — Voluntary Stop Eating and Drinking — as a means of killing oneself. They believe this appropriate, even for people who are not seriously ill, but are “simply done.”

Assisted suicide is not about compassion or dignity. It is a symptom of the continuing spread of the culture of death, devaluing life and convincing people that it is better to die.