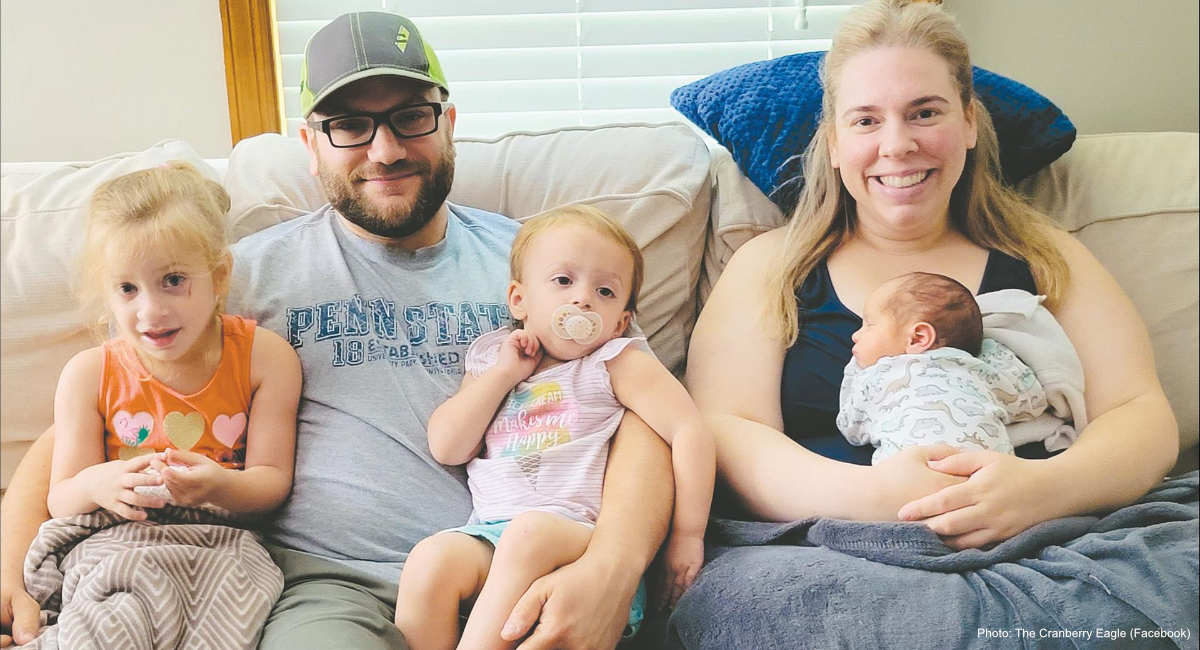 When Pennsylvania parents Tony and Jacqlynn Hendrickson found out they were expecting their third child, Emmett, Jacqlynn never expected that she would end up giving birth in an ambulance — or that EMTs would have to “push her child back in” because he was in the breech position.

Jacqlynn told The Morning Call that she was induced for her first two labors, so she was very surprised when the third baby wanted to come into the world on his own. “I’ve never had that full-blown labor experience,” she said.

But she got to experience that full feeling of labor while driving with Tony en route to the hospital to give birth. “We didn’t even make it two minutes down Route 8, and I told my husband he was going to have to call 911 and pull in somewhere because I’m not going to make it,” Jacqlynn said.

The couple pulled into a nearby ice cream stand, where a kind customer helped Jacqlynn through her contractions while Tony called 911. “[The customer] was rubbing my stomach during a contraction, helping us breathe and telling us it was going to be OK,” said Jacqlynn. When EMTs arrived, they helped the mom into the ambulance. “All of a sudden I had another contraction and I felt our son, Emmett, pop out,” Jacqlynn said. “All I remember is them saying he was breech.”

READ: Mom surprised to learn she is having twins… while giving birth

According to the University of Michigan Health, a breech birth — which means the baby is born feet or buttocks first — occurs in about four out of every 100 births. Because of the difficulty of a breech delivery, these babies are often born via c-section.

Emmett’s breech position made things difficult for Jacqlynn. She said that he kept getting stuck on the way out, so the EMTs had to push him back in twice. Finally, after Jacqlynn was able to get into a more comfortable birthing position, Emmett was born just as the ambulance was pulling into the hospital.

Emmett was blue and not breathing when he was born, but doctors who were waiting for the ambulance’s arrival quickly stabilized the little boy. “We were very blessed to have everyone there,” Jacqlynn said. Emmett stayed several nights in the NICU as a precaution but was soon able to go home and be with his family.

Despite the harrowing birth, Jacqlynn and Tony feel very blessed that they were able to get the help they needed from the EMTs, as they believe they saved Emmett’s life. “Without the EMTs, I know this would have been a much sadder story,” said Tony. “We just feel like God put the right people in the right place at the right time for us, because we never would have gotten through it without all of them,” added Jacqlynn.