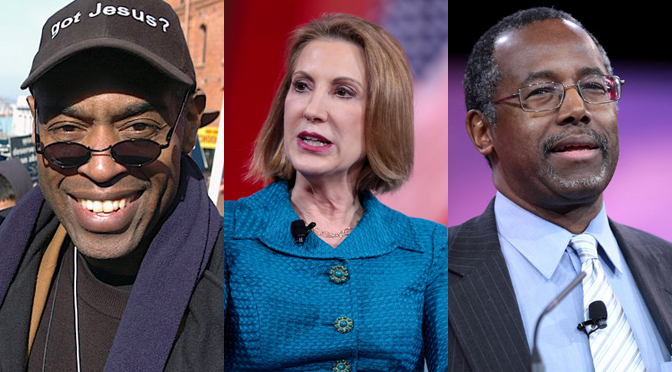 Defunding Planned Parenthood has been a recurring theme of the 2016 GOP presidential candidates. Now, an African-American pastor has published a short primer on why.

Reverend Walter Hoye, founder and president of Issues for Life, is an outspoken pro-life advocate who became well-known after being unjustly jailed for peacefully offering help to abortion-minded women while standing on a sidewalk outside an Oakland, California, abortion clinic. He has worked tirelessly to warn the African American Community about Planned Parenthood’s racist and eugenics agenda, regularly exhorting pastors to speak up about the most important civil rights issue of the day: abortion.

In his video message which is just over one minute long, Rev. Hoye points to the staggering amount in federal tax dollars funneled into the abortion behemoth. “We’re talking half a billion dollars,” he states.

Rev. Hoye then addresses the myth that these tax dollars will never be spent on abortions, stating, “Because Planned Parenthood promises not to spend the money on abortion is equivalent to giving the Ku Klux Klan, white supremacists, taxpayer dollars to buy rope because the Klan promises not to use the rope to lynch Negroes.”

Can his message be more clear? When you can have employees who target poor communities who are pushing women into later term abortions so they can more successfully harvest body parts even though late term abortions are demonstrably bad for women. You can only be horrified when you see employees picking over a petri dish for body parts while they say, look it’s a baby. There is no excuse, Planned Parenthood must be defunded!

And anyone who buys the Democrat argument that this is about women’s health, you need to look at all of the other facilities that provide women’s health services. You need to go look at the facts at how many mammograms they actually do.

You need to go look and understand the foundation of Planned Parenthood, which from it’s very inception targeted poor women, African American and Hispanic women. There are more African American lives aborted in New York City every year than are born alive. That, ladies and gentlemen, is not right!

The more the public is informed about Planned Parenthood racist, eugenic beginnings (and continued targeting of racial minorities), the better.