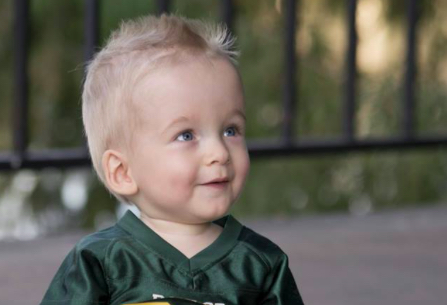 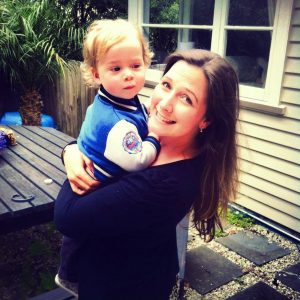 Catherine Harper and her son Jackson

In January, Live Action News reported on Catherine Harper, a New Zealander who flew to Australia to receive surgery on her preborn son, who had been diagnosed with spina bifida. The baby reportedly had a “severe form of spina bifida – myelomeningocele – as well as a Chiari malformation of the cerebellum, the part of the brain that controls balance.”

Catherine and her husband, Paul, were told that their child would likely never walk, and may be born with a severely enlarged head. Catherine and Paul chose to reject advice to get an abortion, instead opting for surgery, making their baby the first New Zealander to undergo the surgery while still in the womb.

Since that time, reports indicate that the surgery was successful. According to MercatorNet, “[Catherine’s] first scan in Auckland amazed the doctors as it showed that the Chiari formation had reversed. Closing the opening on the baby’s backbone had also stopped ongoing damage to the spinal nerves, and the doctors were impressed with neatness of the repair, given that it was done inside the womb.”

Baby Benjamin was born on March 1 via C-section. He has undergone several surgeries since then and may need more, but results have been encouraging thus far. Despite the difficulties, Benjamin apparently loves to smile and laugh, and his cognitive function is reportedly high.

“We are just so blessed to have him,” says Catherine, who hopes to help parents facing similar diagnoses for their children. Her choice not to abort baby Benjamin could contribute to saving the lives of others. While medical procedures such as the one performed on Benjamin are relatively new and isolated, as Carolyn Moynihan of MercatorNet points out, “the more parents who embrace a baby with spina bifida, the stronger the incentive to take the technology forward.” 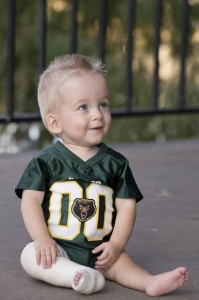 While the surgical side of the Harper’s story is unique, there are countless examples of parents who chose life for their children despite challenging circumstances, a choice which is always rewarding. Brittney Baumgartner was in a similar circumstance, when at 20 weeks her preborn son was diagnosed with spina bifida, specifically myelomeningocele. Despite having “little to no hope” considering the odds, she chose life for baby Oliver (pictured left).

Now Baumgartner says, “My son has broken every boundary set on him. He has learned to crawl, when doctors told us he probably would never sit up on his own. He spoke his first words and even picked up sign language. He may be smaller than most kids his age, but he has a great quality of life.”

Sarah Sweatt Orsborn, a mother of twin three-year-old girls — one with spina bifida — expressed the joy her daughter brings to her life and the lives of those around her:

I wish I could show… a picture of my beautiful Claire, with her loopy blonde curls and deep belly laugh. Spina Bifida is part of her, always has been, and always will be, but it is not all of her.

More than anything, I want Claire — and you — to know that disabilities like Spina Bifida are just another way of being a person in the world.

These are just a few of the many stories proving that despite disease, despite disability, human life is always worthwhile.