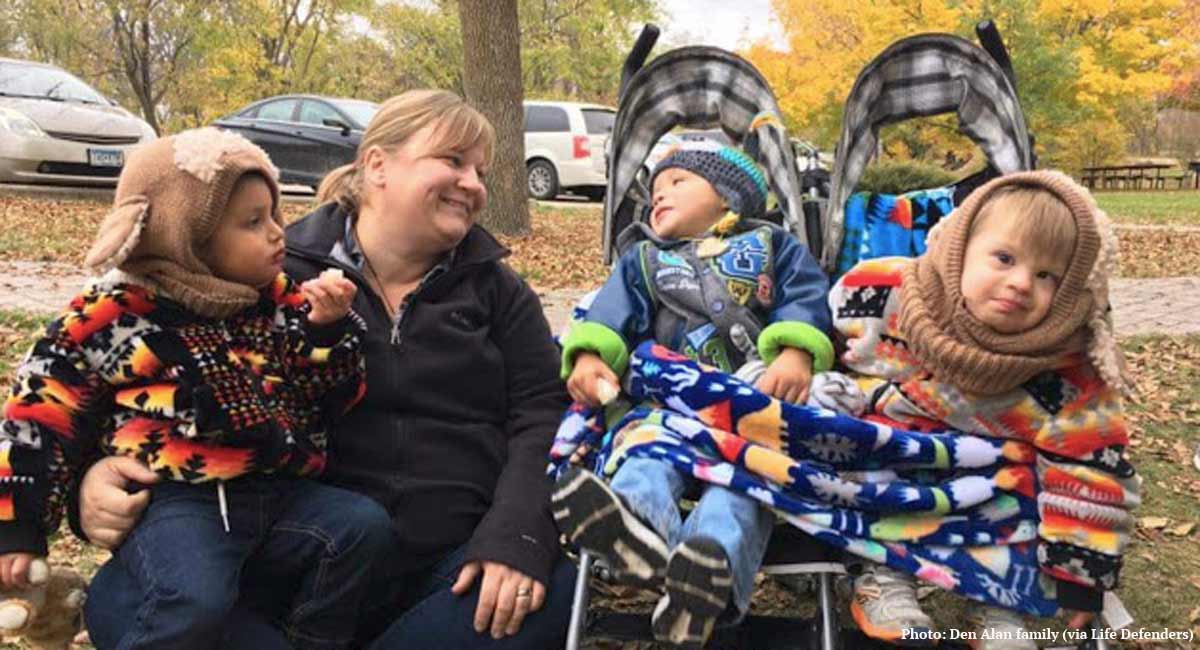 (Life Defenders) My name is Den Alan. My wife and I married 10 years ago and started trying to add to our [family] only almost immediately afterwards. Just when it seemed like getting pregnant naturally wasn’t in the cards for us, we were thrilled to find our we were pregnant after 5 long years of trying to conceive.

We decided to start the adoption process and shortly after initiating, we became pregnant again. Unfortunately, we lost that baby as well at 11 weeks. We named the baby William.

We picked up where we left off with the adoption process, approaching Catholic Charities. There’s a network of them in the States and the offices work together.

The adoption process was meticulous. There were required evaluations and training sessions to complete/attend; in-depth questions to answer; seemingly endless paperwork to fill out. Bolda and I had to assemble what is called a “Look Book” (a picture book with information about ourselves), and each office in the network of adoption agencies received a copy. 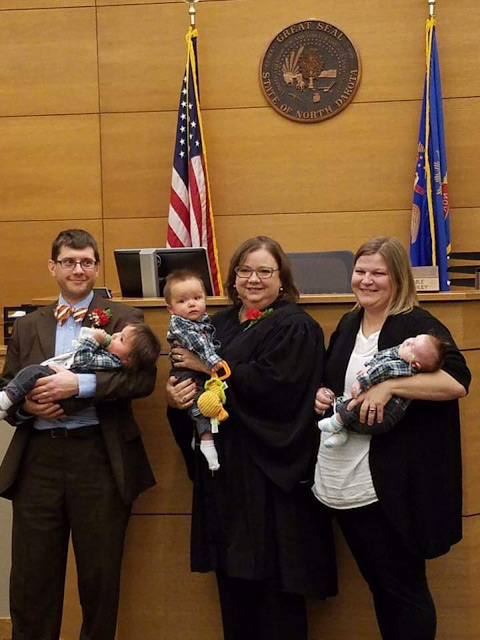 We were also asked if we would be willing to adopt multiples, children with diagnoses, etc., to which we answered, “Yes.” We entrusted God throughout this whole process and weren’t about to limit Him by saying the child that He had for us wasn’t good enough.

It took about a year to finish the process and we received that long-awaited call from the adoption office; the birth mom saw our “Look Book” and had chosen us out of three couples and was carrying twins.

TWINS! We had prayed so hard that God would bless us with twins; We had our share of heartaches and frustrations along the way, yet here we were!

So we made the 4 hour trek to Bismarck, North Dakota, to meet with the birth mom. During the visit we also met her parents. We were asked many questions which we eagerly answered. One of the things discussed was how [we] felt about having children who were Native American. We explained how we both would appreciate and embrace the diversity in our home.

The hardest part of the process for us was the worry of becoming emotionally invested and the birth mom ending up changing her mind. The loss of our children was difficult enough, but in faith we continued into the unknown, following the lamplight of God’s lead.

2 weeks after we were picked, we found out that we were pregnant again. The policy with our agency was that if you were pregnant, you couldn’t adopt. The social worker told the birth mom we were pregnant and asked if she still wanted us to adopt the twins since she had already picked us.

To our relief, she did!

The twins were born in March 2016 and our other child was born in October.

We have an open adoption and a phenomenal relationship with the birth family. We are actually going to the Pow Wow festival together this weekend. The birth family treats our biological son like family. It’s like they adopted him. 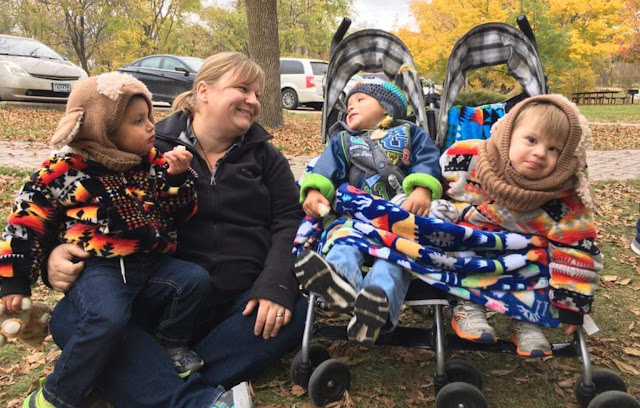 Our oldest twin was born with a heart defect that fixed itself after he was born. They thought they needed to do surgery, but by his 6 month appointment, it had corrected itself.

Our youngest twin has Club Foot and Arthrogryposis. Arthrogryposis is where the arms and legs don’t bend the way they are supposed to. The doctors said he would never walk, yet he’s walking!

Our biological son was born with Down syndrome and also has a heart condition that also fixed itself.

Being a family with three kids around the same age is a handful and certainly has its challenges, but we wouldn’t have it any other way. Our days are filled with so much life and love.

To those families who find yourselves pregnant quite quickly after the delivery of your youngest child, it’ll take time to adjust, but you can do this regardless of what people have to say about it. To those who have just received a prenatal diagnosis – like our son who has Down Syndrome – I would say congratulations. You’re one of #TheLuckyFew who are blessed in ways you may not be able to see right now. Just breathe. You got this!

Editor’s Note: This article was published at Life Defenders and is reprinted here with permission.