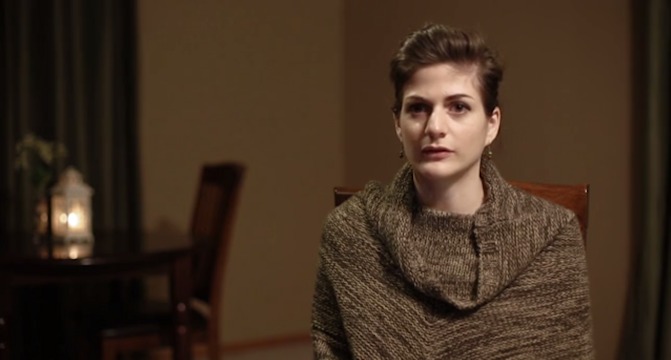 When Katie Buck signed an online sympathy card for cancer patient Brittany Maynard, she had no idea her name would be placed on a petition supporting physician-assisted suicide, and she had no reason to.

Buck thought that by entering her e-mail address, she would receive updates about Maynard, but the next day she received an e-mail from Compassion and Choices, a group dedicated to legalizing physician-assisted suicide in all 50 states. Buck quickly discovered not only that her name and e-mail were being used by Compassion and Choices for their own marketing purposes, but that her name was being used for the petition as well.

“I am personally pro-life and against physician-assisted suicide. Those are just my personal beliefs,” says Buck. “I felt compassion for Brittany, and just because I wanted to sign her sympathy card and wish her well didn’t mean that I wanted to be on a list for an organization dedicated to legalizing something that I am against.”

Maynard’s story became national news when at the age of 29 she moved to Oregon in order to end her own life. Maynard had terminal brain cancer, and her story refueled the national debate over legalizing physician-assisted suicide across all 50 states. On November 1, 2014, Maynard ended her life.

Compassion and Choices took advantage of the sympathy Buck and countless others felt for Maynard. After clicking a link to learn more about Maynard, Buck was taken to the web page for The Brittany Maynard Fund. A popup asked people to sign the card but mentioned nothing of a petition. In fact, all it said was:

Sign Brittany’s Card! Let’s get 1 million people to sign Brittany’s card. Add your name and wish her well. Let her know how much care. Sign the card and let Brittany know you support her bravery in this very tough time.

The card had spaces for first and last name, e-mail address, and zip code.

Buck called Compassion and Choices to confirm that her name was on the petition. She then had her husband and a friend sign the sympathy card, and the next day, with a camera rolling, she called Compassion and Choices to check and see if they were on the petition as well. They were. She asked what the petition would be used for and was told that it would be “an ongoing thing” that they would be working on for a while, showing the government that people support physician-assisted suicide.

Buck calls the petition invalid, saying that no legislator can look at this petition and get an accurate idea of how many people in his or her state actually support physician-assisted suicide. She is confident that other pro-life people throughout the country were also misled into signing the card and therefore the petition. She wants them to know that they can call Compassion and Choices and have their names removed.

If you signed the card or think you may have, call Compassion and Choices at 800-247-7421, verify that your name is on the list, and ask for it to be removed. The popup no longer appears on the website.