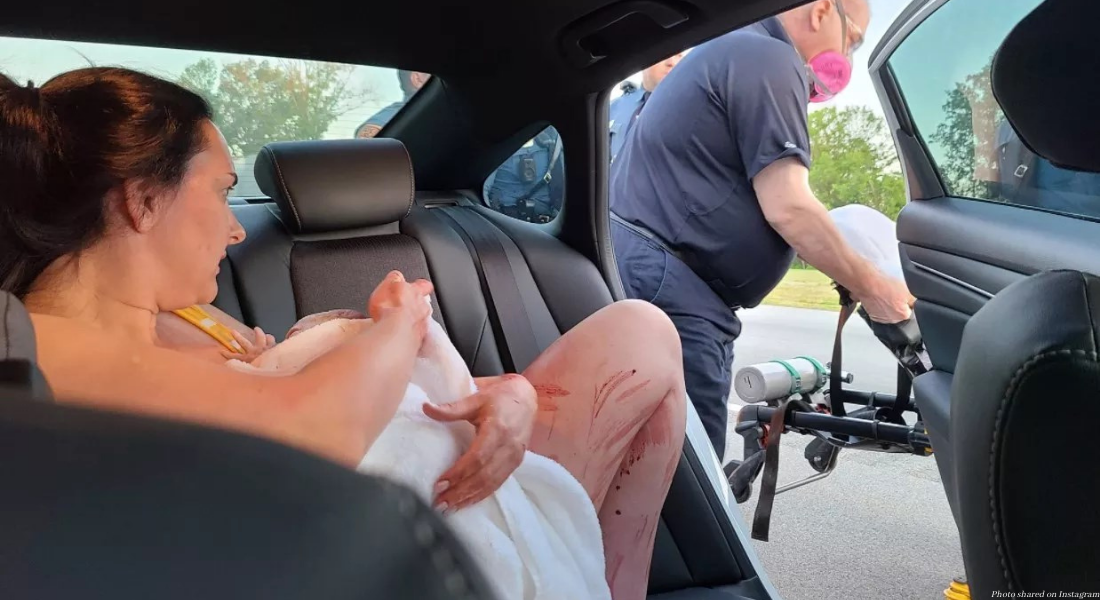 An opera singer who delivered her baby in her car on the side of the road is using the experience to show how strong women are.

Emily Hardman had a C-section in 2018 with her first child, a boy. But for her second pregnancy, she was hoping for an unmedicated, vaginal delivery. She had planned to deliver at Danbury Hospital in Connecticut, but her baby girl ended up coming sooner than she expected — much sooner.

Hardman and her husband went to Pennsylvania for a wedding when she was 37 weeks pregnant. At around midnight, Hardman realized her water broke. “The amniotic fluid was clear, there was no odor and contractions hadn’t started, so I wasn’t panicking,” she told the Daily Voice. “I thought I had so much time. Most first-time labors are long and stalled. Your water can be broken for a long time until your labor starts. I’ve heard people say that looking back at their births that they had gone to the hospital too early, and that they wished they had labored at home longer.”

So she tried to go back to sleep, but a few hours later, her contractions started. Within an hour, they were driving to Connecticut from Pennsylvania, a trip that takes four hours. And the contractions were only getting more painful.

“The contractions were very intense, but again, I’ve been preparing for three years,” she said in an interview with USA Today. “With any kind of pain, I think a lot of it is mental game. So I was really focusing on relaxing my jaw. Doing lip trills, slow exhales, and deep low moans to relax my body.”

By 5:45, Hardman told her husband to pull over, only for him to respond that there wasn’t a safe place to stop. But at that point, her baby was almost there — Hardman could feel the baby’s head when she reached down.

“With the next contraction, her entire body came out,” she said. “Travis was still driving. I looked down and said, ‘There’s a baby.’”

Hardman pulled the baby — whom they named Rosemary — up to her chest, and began rubbing her back to get her to cry while 911 was called. They were both taken to the hospital and were released 24 hours later, perfectly healthy.

Hardman shared the news of the incredible labor and delivery on her Instagram page, writing, “Welcome to the world, Rosemary Claire Hardman! She arrived ‘fast and furious’ on May 15 at 5:47 a.m., and is living proof that we can do hard things.”

Hardman said her career as an opera singer helped her prepare for her unusual delivery. “I am used to high-stress situations and having to focus my mind,” she explained. “The thing about birth is that birth happens everywhere, and people give birth in all sorts of locations. It just so happens that mine was in a car.”