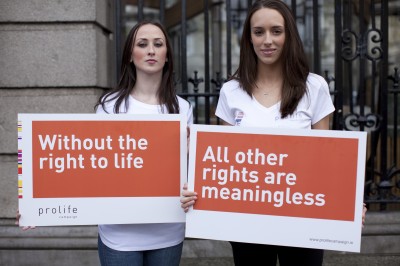 The following is an open letter submitted to Live Action News for publication.

After learning the principles of liberty, we, and many Americans like us, found no other party that reflects them better than the Libertarian Party. With Republicans continually drifting farther from personal and economic liberty and Democrats transitioning towards socialism, why would any freedom-loving citizen not want to join the Libertarian Party? What prevents the Libertarian party from overtaking the Republican Party as America’s popular party for higher ideals in common freedom? We believe the answer lies with a grave inconsistency in the party’s official platform.

We too recognize that “abortion is a sensitive issue and that people can hold good-faith views on [both] sides.” Nevertheless, to say “that government should be kept out of the matter, leaving the question to each person for their conscientious consideration” contradicts other statements such as, “The prescribed role of government is to protect the rights of every individual including the right to life,” and, “Essentially, we believe all Americans should be free to live their lives and pursue their interests as they see fit as long as they do no harm to another.”

Before we go any further with this letter, we don’t want to presume anything on the party’s behalf. Allow us to simplify the issue of abortion for clarity and concision. Essentially, when it comes to abortion, there is only one question that needs to be answered:  what are the unborn? We all agree “that all individuals have… the right to live,” and that a fundamental role of limited government is to uphold the right to life. After all, the greatest loss of liberty is the theft of life. So, are the unborn whole and distinct individual human beings, or are they not? If they are, then life and liberty must apply to all individuals, not merely the collective born.

If the unborn are not individual human beings and statement 3.5, which states all people are born with certain inherent rights, is true, then the party’s platform would be consistent and we would see no reason why anyone who loves liberty should not join. However, it is not true that people are born with certain inherent rights. People have inherent rights, period. What difference does six inches through a birth canal make on a person’s inherent rights? Where you are has no bearing on what you are. If you are an individual human being inside the womb, then you have inherent rights, and therefore “government is to protect the rights of every individual including the right to life,” since, “where governments exist, they must not violate the rights of any individual: namely, (1) the right to life — accordingly we support the prohibition of the initiation of physical force against others.”

We are a people living in an era of scientific enlightenment; we can no longer claim ignorance to the facts and characteristics of what constitutes a whole and distinct individual human being. We believe there are many Americans like us who consider the Libertarian Party the closest to our principles, but whose moral and intellectual conscience and commitment to liberty prohibit any participation with political collectivism and human rights infringements.

We ask you to consider amending the official position so that everyone who seeks “a world of liberty; a world in which all individuals are sovereign over their own lives and no one is forced to sacrifice his or her values for the benefit of others” can join the party with moral and intellectual cohesion and consistency. Specifically, we suggest omitting section 1.5 on abortion altogether and amending section 3.5 on Rights and Discrimination from “Libertarians embrace the concept that all people are born with certain inherent rights,” to “Libertarians embrace the concept that all people are endowed with certain inherent rights.” We believe these amendments will have several effects. First, they will realign the platform to the original language in the Declaration of Independence. Second, they will do away with the arbitrary and dangerous inconsistency of affording people their inherent rights at a particular age or after a rite of passage. Third, they will liberate the party from the strictly pro-choice fold and release the many individuals who, like us, believe abortion is morally abhorrent, intellectually dishonest, a breach of inherent rights, and contrary to natural liberty, to in good conscience join the party of liberty.

So, in the same spirit of Benjamin Banneker in his appeal to Thomas Jefferson, we challenge you to rise to the pinnacle of liberty, morality, and ideological preeminence by amending the platform; creating harmony and consistency in the principles of life and liberty for all, born and preborn.

“…you were then impressed with proper ideas of the great valuation of liberty, and the free possession of those blessings to which you were entitled by nature; but Sir how pitiable is it to reflect, that altho you were so fully convinced of the benevolence of the Father of mankind, and of his equal and impartial distribution of those rights and privileges which he had conferred upon them, that you should at the Same time counteract his mercies, in detaining by fraud and violence so numerous a part of my brethren under groaning captivity and cruel oppression, that you should at the Same time be found guilty of that most criminal act, which you professedly detested in others, with respect to yourselves.”

For liberty and life,