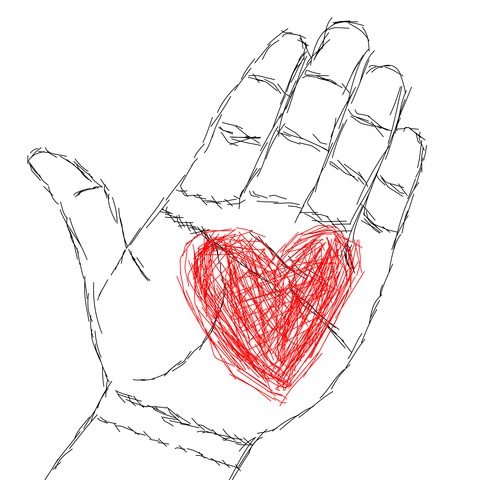 I was very disappointed to read Live Action’s article “Shawn Carney on the pro-life movement’s greatest victory” in which he says:

“And it has to be a religious movement because we can’t face this on our own. It’s too overwhelming. And when it’s based on our faith in God it means it’s something that’s never going away. There are few things as clearly religious in our country than the pro-life movement. It is one built of people of faith. And that’s our biggest asset….But that’s a crucial point and it’s the most important point – that this is a religious movement and that it is one made up of sinners.”

In fact, there are many pro-lifers who are not Christian. And it’s attitudes like Carney’s that make it very, very difficult for us to stay in the pro-life movement. 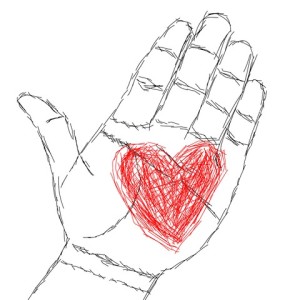 I am an atheist pro-lifer. I am not the only one. Secular Pro-life is an organization that draws nonbelievers from many walks of life. I can honestly say, if that supportive group did not exist, I may have left the pro-life movement long ago. Why? Because it is so demoralizing to be in a movement where so many of your fellow workers simply don’t want you there.

A while back, I posted a poll in a pro-life forum, where I asked pro-lifers if they would march side by side or work with a pro-life atheist. Almost half of them said they would not. They told me that they would not want to be “unequally yoked” with a nonbeliever.

Even worse was the reaction I got when I tried to volunteer at the local crisis pregnancy center. They were open and friendly when I told them I wanted to work there. They listened when I told them I had had a great deal of experience discussing abortion on the internet, and had helped numerous women choose life. Then I told them I was an atheist. “Sorry, we are a Christian ministry” the woman said. “We don’t have atheists or nonchristians working here. But you are free to give a donation.”

I asked them if I could have a position where I wouldn’t be called upon to counsel women. Could I do paperwork or answer the phone? The answer was no. They wanted no help from me.

As an experiment, I took up the phone book and called nine crisis pregnancy centers. I did not find a single one that would allow an atheist to volunteer.

It is things like this that sap a person’s strength and bring down their morale. Being a pro-lifer is hard. I get a lot of ostracism from friends and family due to my work at Live Action. I have family members who won’t even speak to me. I have lost friends over the years because they didn’t accept my pro-life work. Getting so little support from pro-lifers is completely disheartening.

I often talk with women who are considering abortion. Yet I find myself reluctant to refer them to crisis pregnancy centers. These are places whose workers feel I am not even worthy to shuffle papers, who wanted nothing to do with me. I usually do refer them to the centers, but I never feel good about it.

As for 40 Days for Life, I tried to listen to one of their webcasts once. They started with a prayer- ok, I understand, they are a Christian group. Then we were treated to fifteen minute of rhetoric about Jesus. They made broad statements such as “We are a movement of Christians…” “As Christians we know…” By the time I was twenty minutes into the broadcast, I had to shut it off. I felt completely alienated and, quite frankly, rejected. It was the most demoralized and hopeless I have ever felt in the pro-life movement.

I actually began wondering- am I wrong? Maybe I shouldn’t be involved in pro-life activities. Maybe I just don’t have a place here. Maybe being pro-life is just for Christians, and I should stop doing so much and just let them go it alone. I have nothing in common with these people. These feelings of demoralization were so strong that I actually stopped working on my pro-life website and signed off my pro-life forums for a week or so. I needed a break to sort out my priorities. It was just too much.

I wrote to 40 Days for Life and gave some suggestions. What if, before the prayer, they said “We are happy to have pro-lifers of all religions listening, but now we want to talk to the Christians..” or “we especially want to talk to the Christians among us…” A simple change of words. It would make so much of a difference. But I never heard back, even though I wrote several times.

It is also tragic that the constant linking of the pro-life movement with religion has hurt the movement. There are many people who see pro-lifers as a bunch of religious fanatics. I have had many conversations with nonbelievers where I have discussed the pro-life issue from various angles. In some of these conversations, by the end, the person agreed with me that abortion was wrong. They thoughtfully told me they had never looked at the issue that way before. But then the conversation turned to getting involved with the pro-life movement- and everything changed. “They are just a bunch of Christian fanatics. I’m not a Christian. Why would I want to work with those holy rollers?” “It’s all about god. I’m just not a white/Republican/Christian/Straight person.”

In focusing on religious opposition to abortion, the pro-life movement has cemented into popular culture the generalization that being pro-life is the Christian thing to be. And being pro-choice is the nonreligious thing to be. So many atheists have never considered the pro-life position because they see it as a facet of Christian dogma. They wouldn’t consider going to a pro-life rally or reading a pro-life book in the way they wouldn’t consider going to church or giving their money to Pat Robertson. It simply isn’t for them.

Not to mention that many pregnant women, the very women we most want to reach, are turned off by religious rhetoric. When sidewalk counselors go up to women entering clinics and tell them “Jesus wants you to have your baby” or “the Bible says abortion is wrong” non-Christians who have no interest in religion are not likely to be moved. Roderick P, Murphy runs a crisis pregnancy center, one of the rare few that allows non-Christians to volunteer. He tells this story:

“A former director of Daybreak, a Boston-area CBC once used this true anecdote about educated women clients in an appeal letter:

Carol was afraid. How could this happen to me? She looked in the Yellow Pages and found Daybreak. Carol was a young professional woman and she was sure she wanted an abortion. She came in for a pregnancy test over lunch hour. She had questions about abortion procedures and their safety.

The counselor was able to connect with Carol closely enough to discuss risks, emotional scarring and the development of life inside her. Then she handed Carol a brochure full of great information that would further answer her questions. As Carol thumbed through the booklet, she seemed grateful for such accurate information… And then she turned to the last page. Across it was the name of the organization that printed the brochure. Among believers it was a reputable name. But because the word “Christian” stood out so clearly to Carol, she tossed the brochure into the garbage, and walked out. In that instant, our opportunity to reach her was gone.”(1)

How many Carols have there been? Some people can’t be reached with Christian arguments. They simply can’t.

Atheists get treated very badly by the pro-life movement. And pro-lifers who follow religions other than Christianity are also treated badly. There is a pro-life pagans group on Facebook, and they often attract trolls. The sad thing is that the majority of trolls they get are not pro-choicers, but pro-lifers. Pro-lifers who try to convert them to Christianity, accuse them of child sacrifice, or tell them they can’t be pro-life. It is a sad thing. I wonder how many of them will finally give up and leave the pro-life movement.

There is a reason why the pro-life movement is predominantly Christian. And it is not the reason that Carney thinks it is. The reason is that non-Christians don’t feel welcome. And while right now the pro-life movement is not exclusively Christian, if the majority of pro-lifers have the same approach to pro-life work as Carney, it soon will be- because all the non-Christians will be gone.