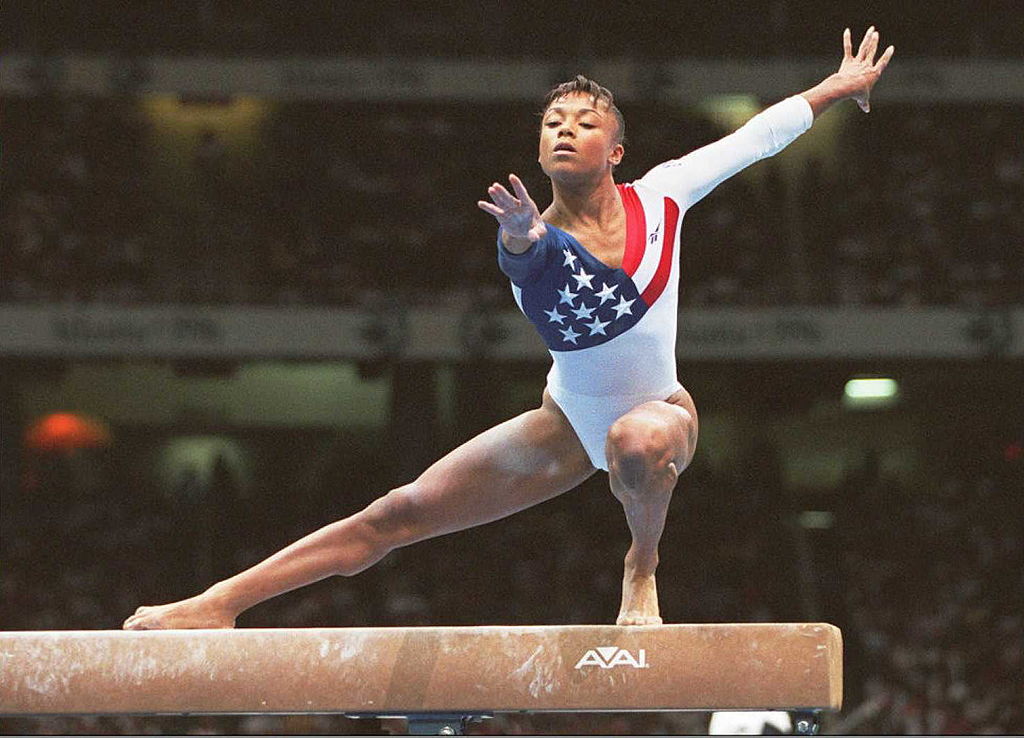 Dominique Dawes is a legend in American gymnastics. The first Black person ever to win a gold medal in the sport, Dawes has a resume that most athletes can only dream of. A 10-year member of the U.S. national gymnastics team and the 1994 U.S. all-around senior National Champion, Dawes also competed in the Olympics three times, and was, most notably, a member of the gold-medal-winning “Magnificent Seven” team at the 1996 Summer Olympics in Atlanta. She’s seen as the woman who paved the way for future Black gymnasts like Gabby Douglas and Simone Biles. Yet despite all of these accomplishments, she says the “best feat [she] can imagine” is being a mom to her four children.

Dawes got married in 2012 to Jeff Thompson, a Catholic teacher, and together they have four children, all under the age of four: Kateri, Quinn, and twins Lincoln and Dakota. She’s since converted to Catholicism herself, and has repeatedly spoken about the impact her faith and her family have had on her life.

“My day always begins with prayer, my day always ends in prayer,” she said in a previous interview with The Undefeated, before her twins were born. “I feel very blessed, honestly, to be married and I feel blessed to have two beautiful, amazing young girls. I primarily spend much of my day now at home with my girls. And I tell everyone that I am the most exhausted that I have ever been and I would honestly think it would be easier to train for a fourth Olympics than to do what I am doing on a daily basis, which is what thousands and thousands of women do all the time, but it is something I did not have an appreciation for or an understanding of, until I experienced it myself. It is something that I look forward to each and every morning.”

Now with two more children having joined her family, she’s more exhausted than ever — but she says it’s all worthwhile. “I’ve never been more tired and worn out in my life, as I am being a mother!” she wrote on Facebook. “I wouldn’t have it any other way!!”

Saying that raising her children is “better than the gold,” she encouraged other moms, and said they were “all in the journey together,” concluding, “Striving to have them be the best people they can be and making a positive influence on the world is the best feat I can imagine to this day.”