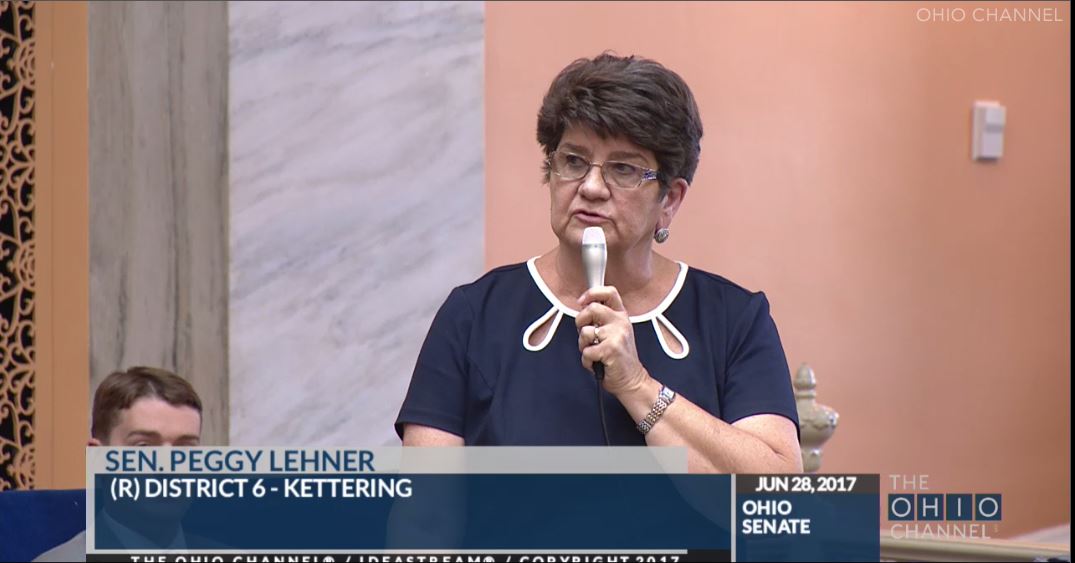 Ohio Senator Peggy Lehner, former president of Ohio Right to Life, shared with the state Senate on June 28, 2017, a story that is both horrific and heartbreaking. But it is a story that must be heard and shared because it helps not only to open eyes about the truth of abortion, but to help pass laws like Ohio’s Dismemberment Abortion Ban.

When Lehner was volunteering at a pregnancy help center about 20 years ago, something took place that she says helped shape who she is.

“One afternoon, a young couple came through the door carrying a little shoebox,” she explained. “And they said to me, ‘We didn’t know where to go, but our dog was rummaging through the trash in the alley behind our house’ – which happened to be the alley behind the local abortion clinic – ‘and he brought home in his mouth a pad of gauze. And we went to take it away from him, and as we did, pieces of a small baby fell onto the floor.”

Lehner states that in the shoebox was a perfectly formed little head, about the size of the palm of her hand. There was also a torso with a leg hanging. With hands shaking, she picked up the baby’s head.

“It was unlike anything I had ever seen before. Absolutely perfect little face. It had an expression that I cannot describe, but one that I will never forget. And as I looked at that head, I thought, this cannot be going on in this country. This cannot be the right answer for any woman, regardless of what her circumstances are, or for any family, or for any man. And certainly not the right answer for this great nation that we live in,” she said.

Dismemberment abortion, or a dilation and evacuation (D&E) abortion, is inhumane. As described in the video below by former abortionist Dr. Anthony Levatino, the procedure literally involves ripping the preborn child apart limb by limb and then accounting for all the pieces:

Lehner continues by saying she would ask every woman who walked through the pregnancy help center’s doors convinced they needed an abortion, “Why?” And it was never because she was “exercising [her] free choice,” but rather that she felt that abortion was her only choice.

We can pass all the abortion restriction laws we want to, says Lehner, and she will vote for them, but the true way to end abortion is by meeting these women and providing them with what they need, whether it’s a place to live, a job, help to tell their parents they are pregnant, or food. Women feel they have no option other than abortion because they think they are alone. And they aren’t alone.