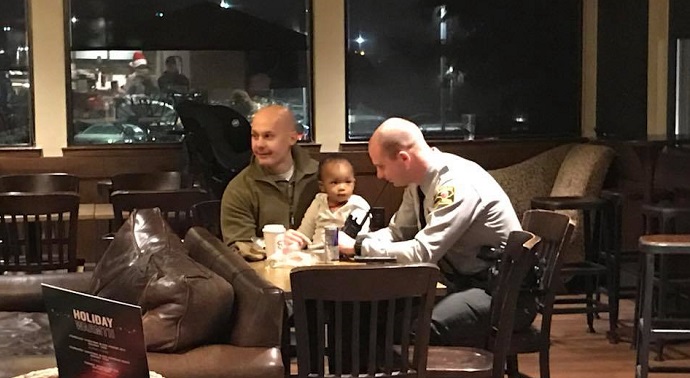 When a North Carolina mom learned her childcare plans had fallen through, she was already preparing to head to work at Starbucks for the day. Panicked, she called her boss to tell her about the situation. Her boss Harper Spell told her to come to work and assured her they would figure things out. That’s when local police officers went above and beyond, turning their morning coffee break into a playdate.

“I had an employee call me in tears at 4:30 AM and tell me she had no one to take care of her daughter this morning as she was already on her way into work,” wrote Spell on Facebook. “I told her not to worry, we would figure it out and to bring her [in].” 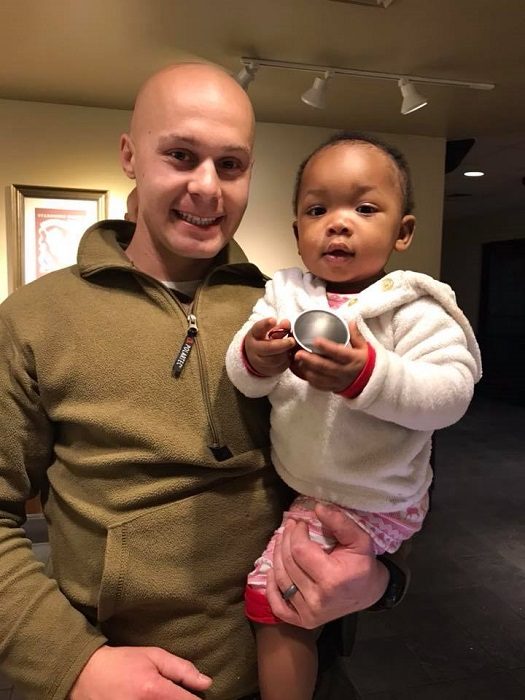 State troopers turned into babysitters when a Starbucks employee lost her childcare for the day. Photo via Facebook.

Each morning the same state troopers head into the Winston-Salem Starbucks location to grab some coffee. On this particular December morning, during the holiday rush, they got more than their usual cup of Joe.

“[…] Our regular crew of troopers rolled in the door and took this sweet girl right into their care for over an hour,” wrote Spell. “Trooper Brad and one of his fellow partners were outstanding in making sure we could still get our job done and even had a little fun with it. He even bought her a cup that she had been holding on to all morning. This is what the holidays are all about and it made my heart melt to see this unfold today. Thank you, Brad and NC State Troopers everywhere, you guys rock!” 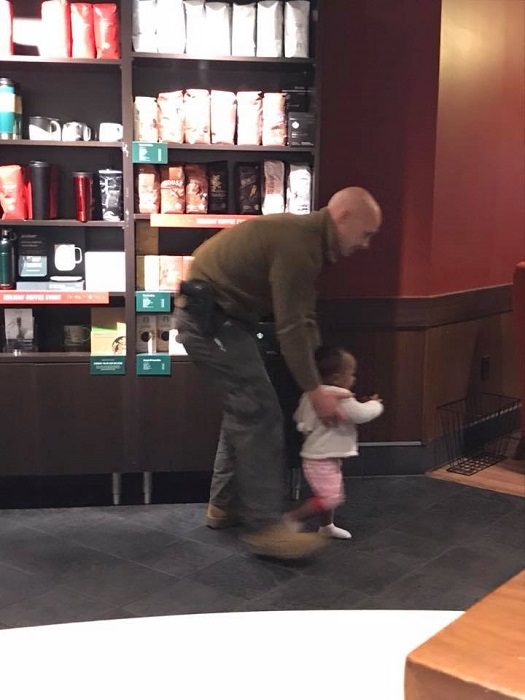 State troopers played with a Starbucks employee’s daughter after her childcare fell through. Photo via Facebook.

Officer Brad and his partner saw a unique opportunity to serve a family in their community and took it. What happened to this mother happens countless times each day to mothers around the world who are doing their best to balance work and parenting. Unfortunately, not all women have as supportive of a boss as Spell or loyal customers as compassionate as these state troopers. Often times, a lack of support and fears about keeping their jobs are what lead women to believe they have no choice other than abortion. When people step up to help, women can confidently choose life.

The act of kindness from these police officers was met with applause on Facebook and shows that when people work together and act out of love and kindness, wonderful things happen.