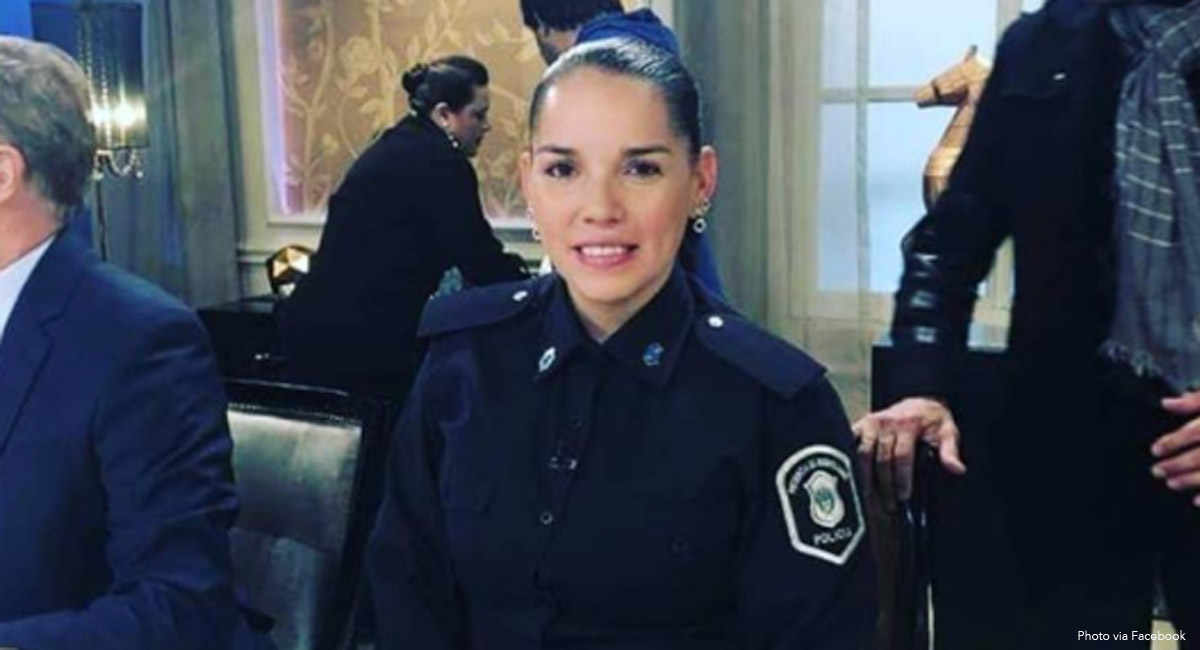 Argentina police officer Celeste Ayala has quickly become famous for an act of motherly love toward a child who was not her own. Several malnourished siblings were brought by social workers to a local hospital, and the youngest, a six-month-old baby, was reportedly “weeping” and could not be comforted. That’s when Ayala, who recently had a baby, stepped in. CBS News reports:

Ayala was working her shift Tuesday at Sor María Ludovica in Buenos Aires when the 6-month-old baby was brought in along with five of her siblings by social workers to the hospital, according to Argentine news outlet Clarin. The children were all malnourished and the little girl’s cries prompted Ayala, a mother of a newborn herself, to do something.

Though CBS News refers to the baby as a girl, other reports state he was a boy. MSN reports on what Ayala saw and why she chose to nurse the baby: “‘I noticed that he was hungry, as he was putting his hand into his mouth, so I asked to hug him and breastfeed him,’ Ayala told La Cornice.’It was a sad moment, it broke my soul seeing him like this.'”

Her coworker, Marcos Heredia, took a photo and posted it on Facebook,  praising his colleague, writing (as translated by CBS News), “I want to make public this great gesture of love that you made today with that baby, who you did not know, but for who you did not hesitate to act like a mother. Things like that are not seen every day.” 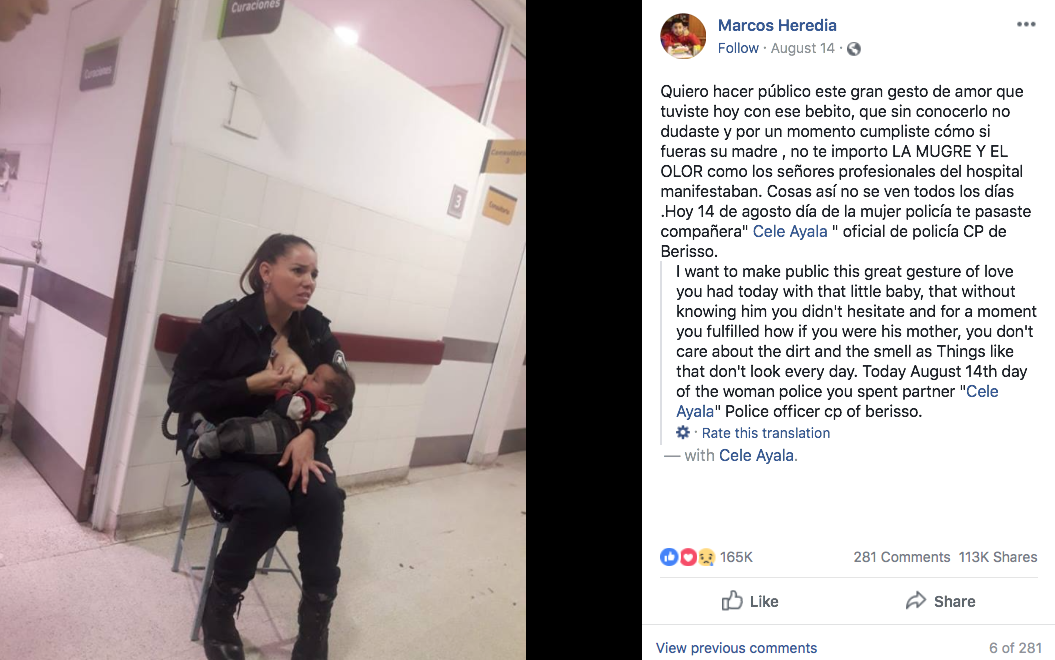 According to CBS News, Ayala is not only a mother and a police officer, but a volunteer firefighter. Her colleagues at the Berisso fire department responded to her selfless act on Facebook, writing, “Actions like that of this cadet fill us with pride and force us to redouble our efforts, work and solidarity with our community.”

Ayala was even promoted to sergeant at her job by the Buenos Aires minister of security after the photo went viral.

Celeste Ayala is proof that women are capable of being mothers and making a difference in careers outside the home as well. In fact, in this case, being a mother actually made Ayala the perfect person for her job.