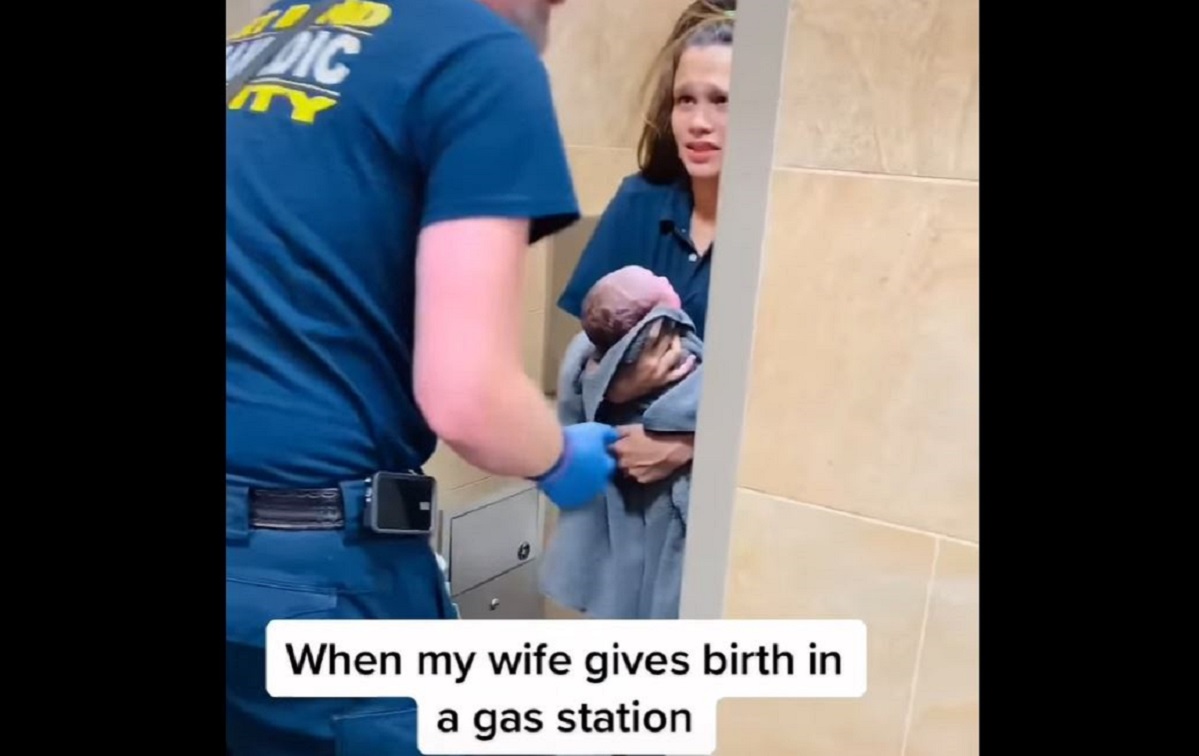 A Texas nurse gave birth in a gas station restroom on July 11 after pulling over with her husband for a bathroom break.

Kaitlyn Fullerton was nine months pregnant and driving home to Victoria with her husband when she asked him to stop so she could use a bathroom, reported Fox 4 News. Yet, once inside the bathroom, she began to feel an uncomfortable pressure. She said she prayed, “God, please don’t let me have this baby in this restroom.”

“As soon as I stood up, my water broke,” she told Inside Edition. “It happened so fast.”

She told Fox 4 News, “I was standing up the whole time. I felt the head and then he just came right out and I like grabbed him and I was holding him right here close to me and that’s when someone outside the restroom was like, ‘Do you need help?'”

Fullerton sent that woman to get her husband, Sergio Mancera. “I looked up, saw a woman saying, ‘Hey your wife just gave birth,’ he said. “I was like ‘What?'”

Mancera ran to the bathroom where he found his wife “happy, smiling at me like nothing happened,” and holding baby Callihan. Mancera began filming and paramedics arrived to help. They brought Fullerton and baby Callihan to the hospital.

“Afterwards I didn’t feel any pain at all except I still felt the contractions because I didn’t deliver my placenta until I got to the hospital,” said Fullerton. “That’s when it started to hurt. Delivering the placenta hurt more than delivering the baby.”

Though Fullerton’s prayer that her baby not be born in the gas station bathroom wasn’t answered, she feels that God was watching out for them that day. “It’s just really a miracle,” said Fullerton.

“Yeah, it was like a miracle,” added Mancera. “It’s like God was right there watching over us.”

They gave Callihan the middle name Eliseo, which Fullerton explained means “God is my salvation.”

Mancera posted the video on social media and it has since received more than 10 million views. Callihan weighed seven pounds, three ounces, and is now at home with his parents and big brother, three-year-old Nikolai.