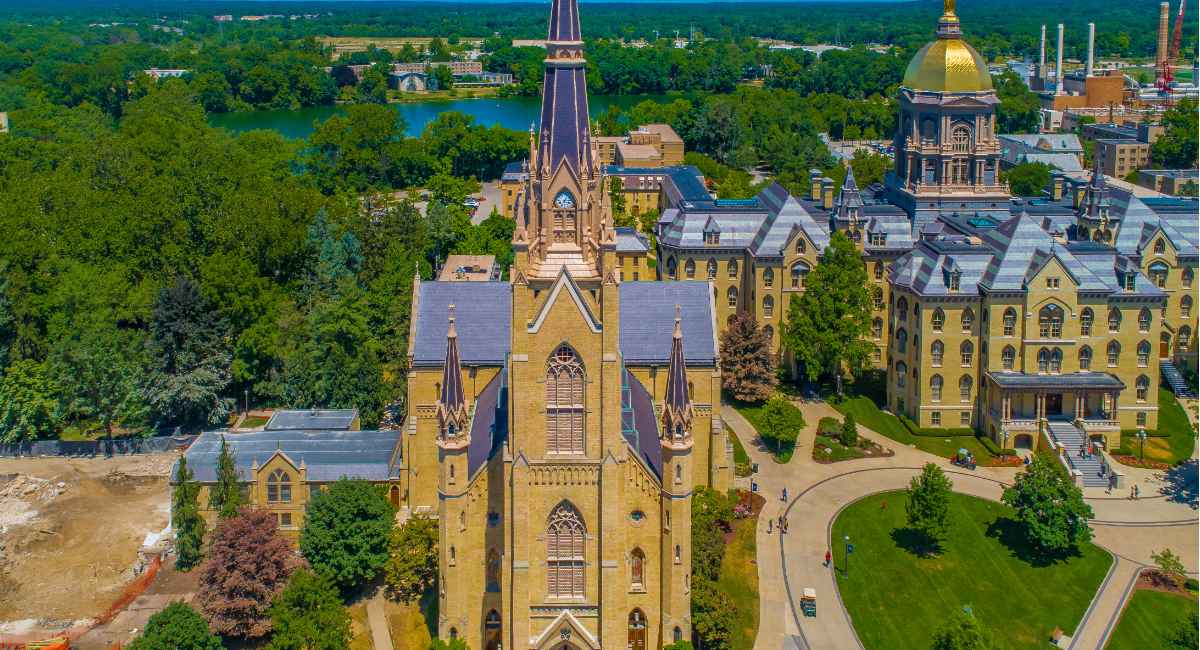 A professor at the University of Notre Dame is coming under fire for promoting abortion to her students, despite the fact that Indiana law protected preborn children from abortion at the time.

According to the Irish Rover, a student-run campus newspaper, Professor Tamara Kay has been helping students undergo illegal abortions. Last month, the Indiana Supreme Court upheld a block on the state’s pro-life law, but for a time, abortion was not permitted within the state. Kay responded by posting a sign letting students know she would help them to obtain illegal abortions. “This is a SAFE SPACE to get help and information on ALL Healthcare issues and access — confidentially with care and compassion,” a note posted on her door read, with her non-Notre Dame e-mail address attached.

She also posted the letter “J,” which Notre Dame professors have been posting on their office doors to indicate their willingness to help students get abortions. “We are here (as private citizens, not representatives of ND) to help you access healthcare when you need it, and we are prepared in every way,” Kay wrote on social media. “Look for the ‘J’, Spread the word to students!”

Though her Twitter account is protected, the Irish Rover reported that she has been promoting posts from “Abortion Finder” and “Catholics for Choice,” telling students how to get abortion pills through the mail, or how to get reimbursed for abortion travel costs.

Last month, there was a panel held, called “Post-Roe America: Making Intersectional Feminist Sense of Abortion Bans.” During the panel, she spread pro-abortion rhetoric, claiming that pro-life laws ruin people’s lives. “[K]eep in mind that the horrific effects of abortion bans I’m about to regale you with disproportionately affect people in minority groups: black, indigenous, Latinx, LGBTQIA, those with few resources, those who are incarcerated, those in the military, those who are on campus, those who are immigrants, those who have disabilities and physical and mental health challenges, including substance use disorder,” she said, adding, “Everything I say should be understood in the context of the disproportionality of these policies on people, particularly people of color.”

Kay also acknowledged that her views and pro-abortion activism violate the teachings of the Catholic Church, which the University of Notre Dame upholds. She said that, as she was claiming to speak as a “private citizen,” the university had given her their permission to promote abortion on campus. “For me, abortion is a policy issue,” she told the Rover. “And yes, my view runs afoul of Church teaching, but in other areas, my positions are perfectly aligned [with the Church].”

She has since tried to backtrack, removing the signs from her door, and e-mails sent to her have been answered with an auto-response accusing “white nationalist Catholics” of persecuting her.

Dear Friends and Colleagues, Notre Dame police are monitoring and curating this email account so it may take a bit longer than normal for me to get back to you. Apparently, white nationalist Catholic hate groups are not happy with my academic work on reproductive health, rights, and justice. But ND supports my academic freedom, so if you are interested, check out my website below. Have a wonderful day!

The President of Notre Dame Right to Life, Merlot Fogarty, told Students for Life that Kay’s activism left her terrified. “I was terrified because students look to university faculty for guidance, and a student coming across ‘Dr. Tamara Kay: Notre Dame Abortion Expert’ would be entirely unaware of the dangers of Chemical Abortion pills or the illegality of her actions,” she said.

“Notre Dame students are at risk, and as the President of Right to Life, I felt it was my responsibility to address the situation with compassion while also calling on Notre Dame to re-affirm its commitment to life and protecting women and children. Not only is Professor Kay publicly dissenting from the teachings of the Catholic Church, but she is openly defying university policy,” Fogarty added, calling on Notre Dame to take a more active role in upholding Catholic teachings on protecting life.

“As a prominent national voice on life issues, Notre Dame should be the model Catholic institution in the response to the reversal of Roe in protecting their students and affirming the dignity of life,” she said. “I think it’s important that we recognize the accomplishment of a university that is still formally committed to life in this tumultuous political climate but promoting a culture of life on campus takes more than statements. It means implementing actual university policy that will protect women and children in the wake of Roe.”