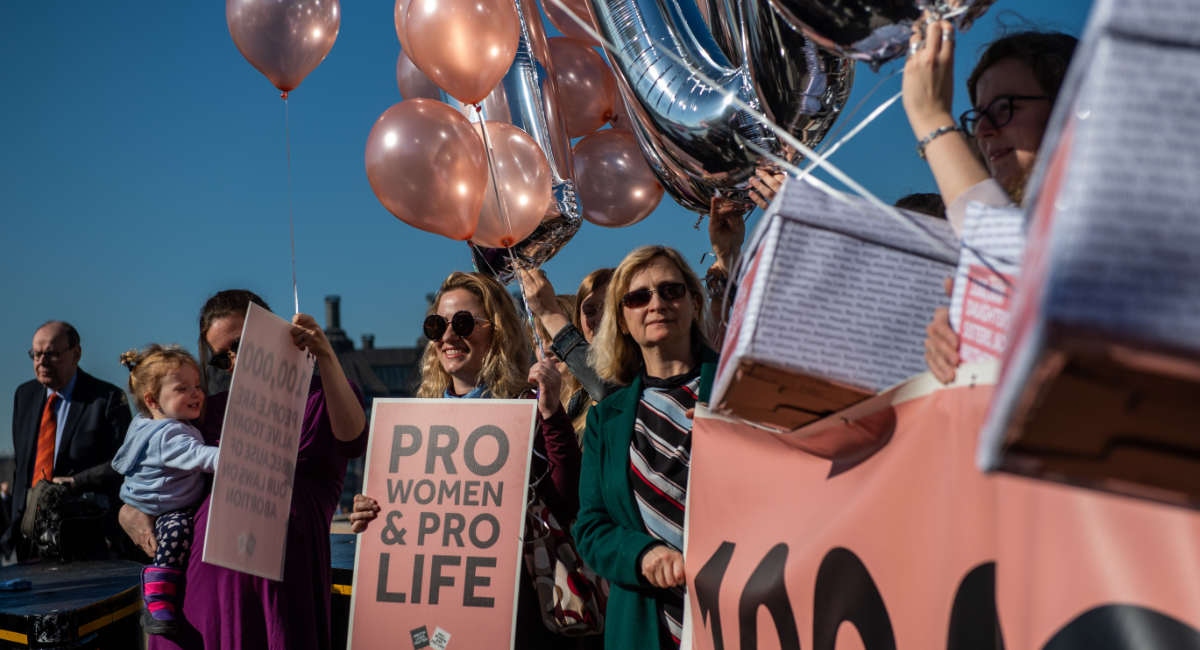 Northern Ireland is continuing to push back against the British government’s attempted expansion of abortion in the country.

Society for the Protection of Unborn Children attorney John Larkin QC stated directly that Northern Ireland has no obligation to comply with the Secretary of State’s edicts directing the country to provide abortions. According to News Letter, he argued that “the Minister of the Crown cannot […] boss people about unless the law gives them power to do it, and requires people to act in accordance with his edicts. It doesn’t. There is simply no duty to comply with these, and that is significant in terms of whether or not they change the law of Northern Ireland. They don’t.”

In 2019, the British government at Westminster exploited a power-sharing crisis among the leading parties, forcing the legalization of abortion up to 12 weeks — or 24 weeks in certain circumstances — in the absence of government leaders. When the power-sharing crisis was resolved and the Assembly and Executive resumed their duties after a period of suspension, the governing Democratic Unionist Party (DUP) declined to act on the new law and provide abortion services in the country. It was at that point in July of 2021 that Secretary of State Brandon Lewis ordered the health department to implement the expanded abortion access by March of 2022.

READ: Disability advocates fight for an end to discriminatory abortions in Northern Ireland

While abortion until 24 weeks, and until birth in some cases, has been legal in most of the UK since 1967, Westminster has typically left Northern Ireland to make its own decisions about abortion. The Good Friday Agreement of 1998 spelled out what kind of issues were for the British government in Westminster to decide and which were to be left to Northern Ireland’s Stormont Assembly. SPUC has argued that under the Good Friday Agreement, only lawfully elected officials have the legal authority to enact laws in matters delegated to the country, such as abortion.

SPUC’s policy and legal officer Liam Gibson claimed the Secretary of State is “advancing his abortion agenda in any way he sees fit regardless of what the people of Northern Ireland think,” reports the Irish Times.  “In 2019 … Westminster imposed the most radical abortion law in Europe on Northern Ireland. That law would never have secured a majority in the Stormont Assembly and a large section of the public remains steadfastly opposed to its implementation. […] Instead of acknowledging this, Mr. Lewis is trying to seize control over abortion policy by stripping locally elected ministers of any say on the matter.”

The Society for the Protection of Unborn Children (SPUC) sought a judicial review of the law and of Secretary of State Brandon Lewis’ actions, as Live Action News reported. The SPUC argues the Secretary of State exceeded his authority in directing the country to radically expand access to abortion in the country, something the country rejected as recently as 2016. Westminster is claiming that Northern Ireland’s refusal to provide abortions is incompatible with international human rights agreements.