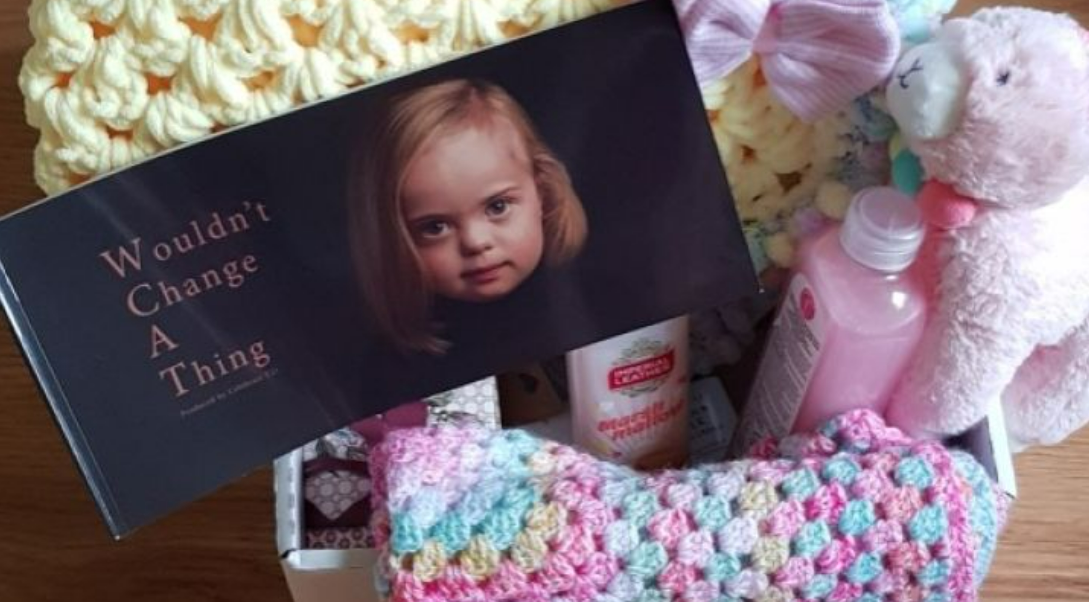 After Clare Cushenan’s daughter, Aoife, was born with Down syndrome in 2013, she felt lost as she tried to navigate this new territory. After realizing that so much of the information she had received was ultimately unhelpful, Cushenan decided to do something so that other moms in her shoes would be able to approach the birth of their children with a more positive outlook.

Cushenan, of Northern Ireland, founded Special Delivery NI last year as a way to provide support to those new mothers of children who receive a Down syndrome diagnosis.

Cushenan told Irish News that while intentions were good, she received little to no support when Aoife was born. She explained that the hospital gave her a few pamphlets and not much else.

“They had loads of smiling adults with Down’s syndrome and it listed all the issues that people with the syndrome might face, so it was a worst-case scenario,” she said of the pamphlets. “But you’ve just had this wee baby and you’re looking at these adults, seeing way too far into the future, having to worry about what might happen.

“I do appreciate that 50 percent of babies with Down’s syndrome have heart issues and they may have more health concerns than typical children,” she added. “But I spent yesterday [at the doctor with her other daughter] who had a suspected broken leg. Whenever she was born, they didn’t hand me a leaflet on fractures, saying that children sometimes break their leg when they’re 12. I kept waiting for this awful Down’s syndrome to kick in,” she said. “But after a wee while, I realized she was just the same as my other two – only a bit more pleasant and less demanding…”

She said Aoife is just like other eight-year-old girls. She likes painting, drawing, and playing with dolls. She has no health issues, but does have a developmental delay. “[S]he will do everything that a typical child will do, just slower,” said Cushenan.

“She has hit all her milestones and she has taught us more than we’ll ever teach her,” she added. “She has made us not only better parents but also better people. When she first said ‘mummy’, when she first walked, those were causes for big celebration in our house. It makes you appreciate life more, it makes you more patient and her brother and sister have a greater understanding and empathy for people with disabilities. We rarely think about Down’s syndrome – it’s just something Aoife has. Rather than it being negative, it’s quite the opposite.”

On March 21 of last year, World Down Syndrome Day, Cushenan launched Special Delivery NI. Through her program, moms of children born with Down syndrome are given a gift basket full of personal items like handmade blankets, baby clothes, scented candles, and toiletries. More importantly, these mothers are also gifted copies of the books, “Wouldn’t Change A Thing” and “#NobodyToldMe,” which offer encouragement and positive information for moms of children with Down syndrome. Cushenan says she was inspired by another mom, Sinead Fidgeon, who has a similar program in another area called The Perfect Gift.

Ultimately, Cushenan hopes her charity will empower other moms to not worry so much and instead just enjoy their newborn children, something she wishes she had done. “I just want to make sure that every baby born in Northern Ireland is celebrated, that mums feel reassured and that they enjoy their wonderful, new child and don’t waste those precious days worrying.”