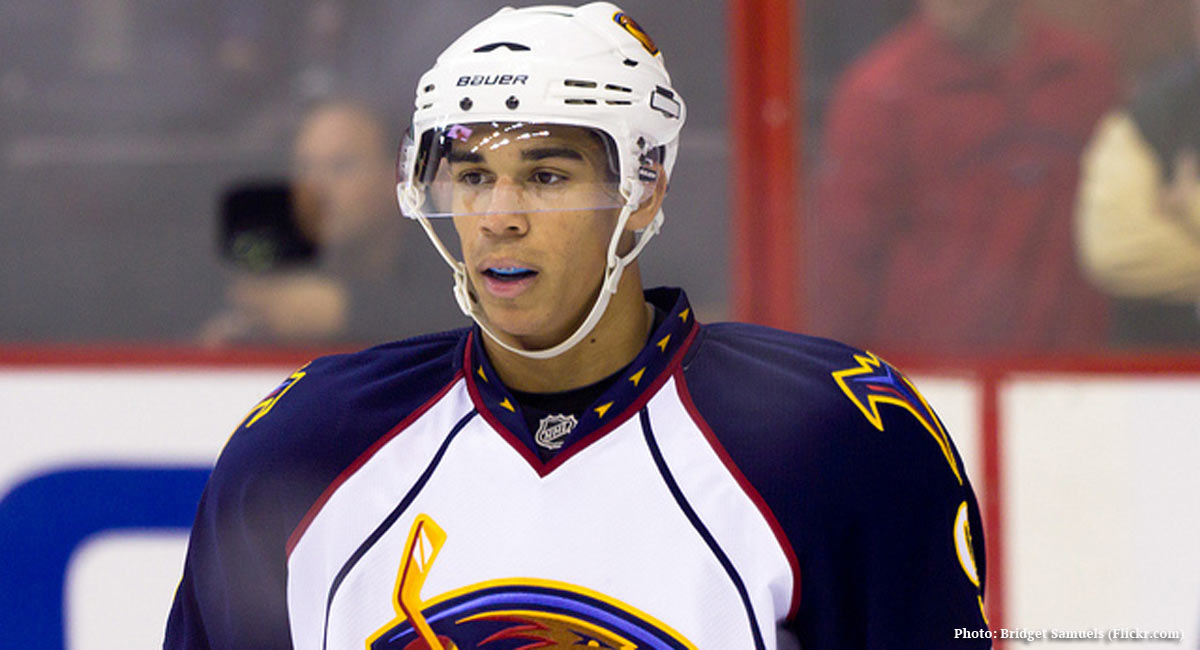 NHL superstar Evander Kane, who plays for the San Jose Sharks, is being sued for $6 million by a former girlfriend who claims he pressured and coerced her to have several abortions. The woman, called Jane Doe in the court filings, said she began dating Kane in 2015, but he was already in a relationship with another woman. When she became pregnant in 2016, she says they both agreed she would have an abortion.

But the pair continued to see each other, and in 2017, she got pregnant again. This time, she claims, he pressured her into having a second abortion, to protect his hockey career and his relationship with his other girlfriend. Then in May of 2018, she got pregnant a third time, despite taking Plan B, and this time, did not want to have an abortion. But she said that Kane told her the child would be a “huge mistake,” and began “bullying” her to go through with it.

When Doe continued to resist, Kane allegedly began offering her money — first $1 million, which she says she refused. He then allegedly promised to give her $3 million, so she agreed, and said she went through with the abortion in June — but Kane never paid her. She is now suing for not only the money she says he owes her, but for other damages, including intentional infliction of emotional distress.

Kane has denied the allegations, and released a statement through his attorney. “We’ve received notice of the filing of a lawsuit by someone referred to as Jane Doe alleging a breach of contract against Evander Kane,” the statement reads.

“We firmly believe that this lawsuit is baseless both factually and legally. We will aggressively defend this claim in court on Evander’s behalf and assert all applicable counterclaims.” Kane further denied the claims when speaking to reporters. “Just a bunch of B.S.,” he said. “It’s a baseless accusation, or claim I guess. For me it’s a dead issue. Anybody can say anything they want nowadays. I’m not really going to talk about it further, because it’s not going to help me, it’s not going to do any good.”

Evander Kane on lawsuit: “Just a bunch of B.S. it’s a baseless accusation, or claim I guess. For me it’s a dead issue.” #SJSharks

While it remains to be seen if Doe’s claims against Kane will turn out to be true, he is not the first athlete to face such allegations. NBA star J.J. Redick coerced an ex-girlfriend into having an abortion. The woman, Vanessa Lopez, reportedly told staffers at the abortion facility that she felt “forced into it,” and that she felt confused, scared, and guilty. Despite this, the facility carried out the abortion.

Both cases illustrate how abortion ultimately benefits certain types of men who desire sex without the responsibility of commitment or children. Because abortion is so readily available, some men choose to coerce their sexual partners to have abortions. This isn’t helpful or empowering to women.