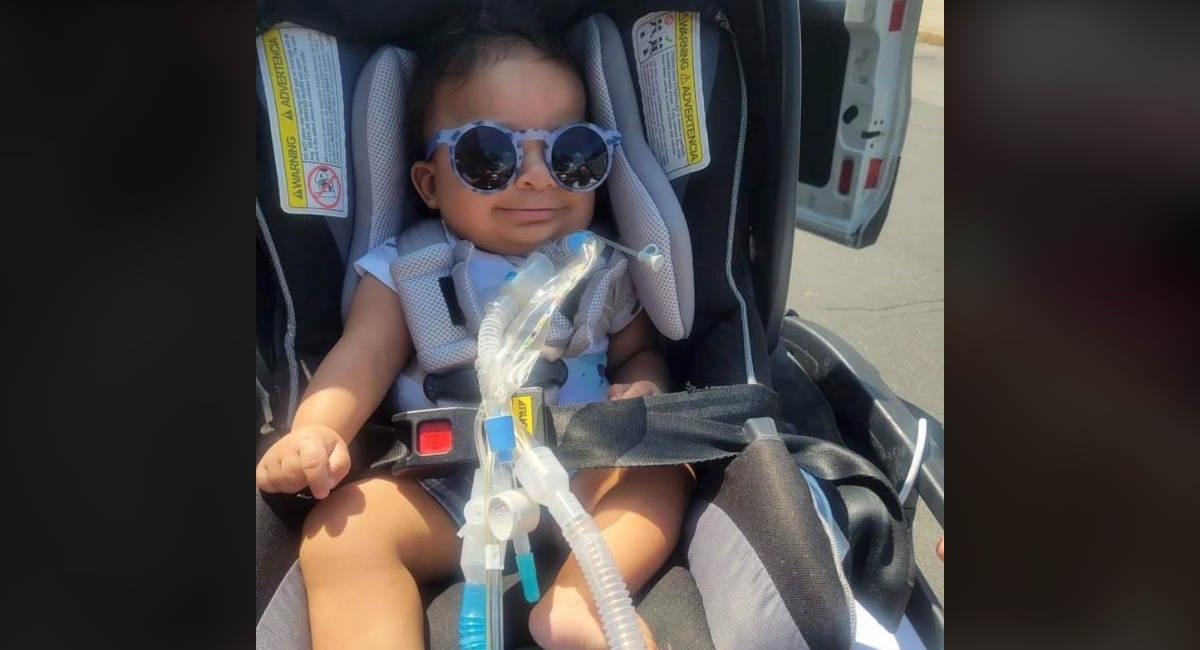 A little boy is alive today thanks to a life-saving surgery that took place when he was a newborn.

After suffering four miscarriages, Jamaal and Yadi Martin were overjoyed to hear a heartbeat with baby number five — a milestone they’d never before reached. But that joy soon turned to worry, when later in the pregnancy they were told that their preborn child had a life-limiting condition that would make it nearly impossible to survive past birth.

“The doctor said, ‘He has very large lungs for this far into this pregnancy. It’s abnormally large. And I think this is something called CHAOS,’” Yadi told TODAY.

CHAOS stands for congenital high airway obstruction syndrome, and it prevents an infant from breathing freely after birth. Unfortunately, the condition is usually fatal.

“It becomes a very big deal the minute the baby’s born when the baby’s separated from the placenta because the only way the baby can get oxygen is by taking its first breath,” Dr. Ashley Roman, vice chair of clinical affairs, obstetrics, director of the division of maternal fetal medicine in the department of obstetrics & gynecology at NYU Langone Health, told TODAY. “If there’s an obstruction in the airway… the baby can’t cry in its first breath. It’s deprived of oxygen.”

Despite the sobering prognosis, the Martins and their doctors didn’t give up hope. Yadi remained optimistic, even as she struggled with a difficult pregnancy.

“They would print out the sonogram pictures and just to see his little face (was amazing). And he had a little personality — they kept trying to see him from the front and every time he would just turn around and show his butt,” she said. “It gave us hope.”

Doctors determined that they would use a rare C-section technique called an ex-utero intrapartum treatment, or EXIT procedure, to perform surgery on baby Aydin as he was born.

“It’s like pausing midbirth,” Dr. Roman said of the complicated procedure. “The minute this baby’s head is out, there is a 5- to 10-minute window to establish an airway, requiring full coordination and months of practice and planning.”

A team of more than 25 specialists was on hand to assist in the incredibly complex delivery. Despite months of preparation, there were still a lot of setbacks on delivery day, as doctors discovered a number of other complications, and Aydin’s heart started failing during delivery.

“It was chaos, pun intended,” Jamaal said. “Just about everything that could have gone wrong went wrong.”

Doctors were able to resuscitate Aydin and put the newborn baby on an ECMO machine, which takes over the heart and lungs so that they have time to heal. This allowed him to pull through.

Aydin then spent the next 169 days in the NICU, during which time he underwent several other procedures to address a heart defect and an anorectal complication. He was then moved to a rehabilitation facility, and finally was able to go home with his parents for the first time just shy of his first birthday. While he still has some medical challenges ahead, his prognosis is excellent.

“It’s so awesome to see he’s getting stronger. He fights to sit up and just stay sitting up. He can stay sitting up by himself approximately three minutes,” Yadi said. “It’s so incredible to say this is our baby. He’s growing and when it’s all said and done he will be absolutely perfect.”

The Martins want to share their story to encourage other parents who might be facing a difficult diagnosis of CHAOS with their newborn, and to let them know that there may be options like this surgery that can help.