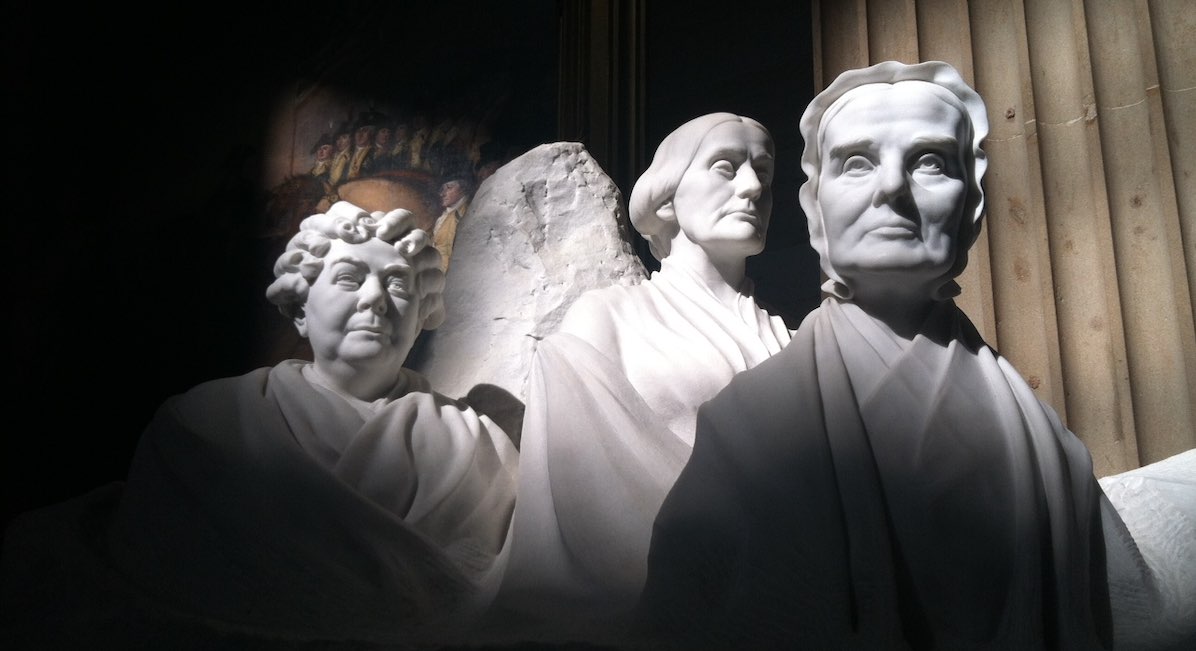 The New York Times has published an interactive history of abortion in America seeking to “inform” the reader that legalized abortion is no big deal because, in essence, it’s always been socially acceptable. However, as one might expect, there are a number of false claims in the article.

According to author Lauren MacIvor Thompson, a historian at Georgia State University and the author of a forthcoming history of Margaret Sanger and Mary Dennett, pro-lifers are ignorant of American history: “They wrongly argue that we have long thought about fetuses as people with rights. And they improperly frame Roe v. Wade as an anomaly, saying it liberalized a practice that Americans had always opposed.” Let’s examine the author’s claims.

False Claim #1: Abortion was widely accepted in the first decades of U.S. history.

Thompson says abortion was widely accepted in the early 1800s: “Abortion in the early stages of a pregnancy was common and generally not considered immoral or murderous.” She adds that Americans considered abortion just another method of birth control like “breastfeeding, abstinence, the use of the rhythm method, vaginal douching and the use of herbs like pennyroyal or savin.” Yet the portrait Thompson paints is seriously distorted.

As Marvin Olasky’s Abortion Rites: A Social History of Abortion in America portrays, and is summarized by Abort73.com, the opposite was true. Although abortion was practiced on the “fringes of society,” mainstream opinion condemned it. As early as 1652, a Maryland man was convicted for intending to commit an abortion. A Virginia law passed in 1710, along with a Delaware law passed in 1719, both sought to protect the rights of the preborn by making abortion a crime. The Presbyterian church officially declared abortion “a crime against God and against nature,” and the American Medical Association campaigned for stricter pro-life laws and greater enforcement of existing laws. Mainstream media outlets also spoke out against abortion, with even The New York Times calling abortionists “disgusting ‘practitioners’ who continue to escape prosecution.” By the 1870s, almost every state had criminalized abortion.

In short, although some women procured abortions America’s early years, the historical evidence does not support the claim that abortion was “generally not considered immoral and murderous.”

In Thompson’s telling, early feminists were cryptically pro-abortion: “Most women’s rights activists in the 1800s did not openly embrace contraceptives or abortion as part of their national platform. They knew that doing so would have increased men’s sexual access to women, while allowing them to escape responsibility for any consequences.” She even goes on to imply, again without any evidence, that the contemporary pro-abortion notion of bodily autonomy was somehow at the forefront of early feminists’ minds: “Reformers knew that women’s right to bodily integrity, above even the right to vote, was the key to truly becoming full citizens.”

Yet as Live Action News has thoroughly documented, early feminists were explicitly opposed to abortion. Elizabeth Cady Stanton said, “When we consider that women have been treated as property, it is degrading to women that we should treat our children as property to be disposed of as we see fit.” She deplored the “murder of children, either before or after birth” as an “evil” that had become “frightfully prevalent.”

Elizabeth Blackwell, America’s first female doctor, spoke out against a female physician that committed abortions: “The gross perversion and destruction of motherhood by the abortionist filled me with indignation, and awakened active antagonism.”

Susan B. Anthony’s newspaper, The Revolution, refused to publish ads for abortifacients and often published editorials against abortion. When approached by a couple seeking an illegal abortion, Dr. Charlotte Lozier refused to commit the “shameful, revolting, unnatural and unlawful” act.

False Claim #3: Pro-life physicians in the 1800s were motivated by racism and selfishness.

According to Thompson, mid-19th century pro-life physicians were animated by racism: “American physicians drew on nativist and anti-immigrant fears to argue that the ‘ignorant, the low-lived and the alien’ would outbreed good, Protestant Americans and destroy the nation.” She also argues that physicians were motivated by self-interest: “[M]any viewed anti-abortion reform as the key to improving the public’s perceptions of physicians and establishing their place as respected members of society.”

Thompson’s version of history here is not only wrong, it’s completely backwards. The real racism came in the form of those like Margaret Sanger who advocated eugenics and paved the way for abortion on demand targeting minority communities. As Sanger, who notoriously addressed the Ku Klux Klan in 1926, infamously wrote in a 1939 letter, “We do not want word to go out that we want to exterminate the Negro population.”

In reality, respected, mainstream physicians groups like the American Medical Association were unabashedly pro-life based on objective medical science that the preborn baby was a distinct person. Respected physicians sought to protect human life, like Dr. Stephen Tracy who stated, “At forty-five days, the form of the child is very distinct … The head is very large; the eyes, mouth, and nose are to be distinguished; the hands and arms are in the middle of its length … At three months, the heart pulsates strongly, and the principal vessels carry red blood.”