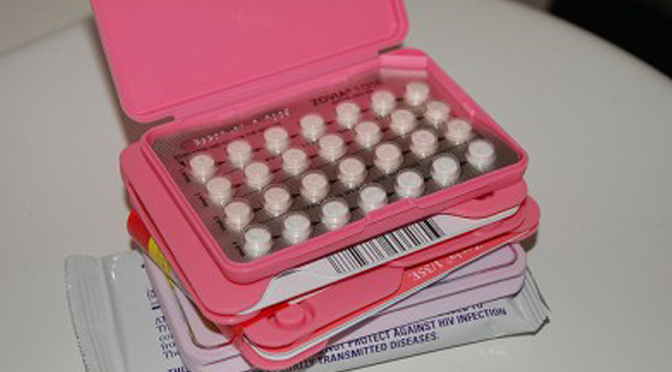 For years, abortion defenders have claimed the way to really reduce abortions isn’t to make them illegal or stop subsidizing them, but to increase funding and distribution of contraceptives so that women are less likely to get pregnant when they don’t want to. In response, pro-lifers have made the case that further prevalence of birth control would be at best irrelevant and at worst encourage more of the very behavior that causes unwanted pregnancies.

We’re highly confident in the case we’ve made for the latter proposition over the years, but you don’t have to take our word for it anymore. You see, the Guttmacher Institute—the pro-abortion think tank and outgrowth of Planned Parenthood often misrepresented in the media as an objective provider of abortion data, despite not only its past but its recent history of manipulating data to push a narrative—just released a new study looking at whether Obamacare’s mandate of employer-provided, no-copay birth control vindicated the above thesis.

Well, that’s a bummer. So much for those years of declarations that Obamacare was the most pro-life law ever…

The study did, however, find a 19-point increase in pill use… among young women “who had not had sex in the past month” (emphasis added). The takeaway that Obamacare “may have facilitated consistent method use among young women who otherwise might have discontinued pill use to save money during times of sexual inactivity” falls dramatically short of proving that making contraception free made any real dent in America’s abortion rate, but hey, at least it lets Guttmacher’s Adam Sonfield claim the results were “mixed” rather than a big, fat goose egg.

Guttmacher tries to spin up a little credit for Obamacare with the following passage:

80% of prescription contraceptive users who were not required to pay a copayment reported that having insurance coverage without cost sharing helped them afford and use their contraceptive method. This finding suggests that increased insurance coverage of contraception under the ACA may have made it easier for women to obtain birth control, even while the mix of methods women used remained steady.

“Easier”…but not so much easier that scores of people who weren’t using contraception before suddenly started to (and it’s hard to get much easier than “free,” so “Obamacare didn’t do enough” can’t be the answer). In fact, the revelation that use was the same before and after this “help” proves women aren’t the incompetent, no-impulse-control beings abortion advocates see them as, and are fully capable of analyzing their circumstances and prioritizing their wants and needs accordingly.

But that’s nothing compared to how this paragraph almost completely gives away the game:

Moreover, prior to ACA implementation, many women were already able to access prescription contraceptives with no cost sharing through publicly funded family planning services, including Medicaid coverage and Title X–funded family planning centers. It is possible that these preexisting safety-net services may have dampened the ACA’s potential impact on contraceptive use patterns.

“May have dampened the ACA’s potential impact on contraceptive use patterns” is an awfully long-winded way of saying the contraception mandate was unnecessary because contraception was already cheap and easy to find, just as pro-lifers have been pointing out for years.

Indeed, Obamacare’s years of trampling on religious liberty were all for nothing.

And incredibly, we have the Guttmacher Institute to thank for finally settling the question. So let’s all give them our hearty thanks, because I’m sure they’re kicking themselves right now for failing to find a way to twist the facts that backed up the abortion crowd’s lies.