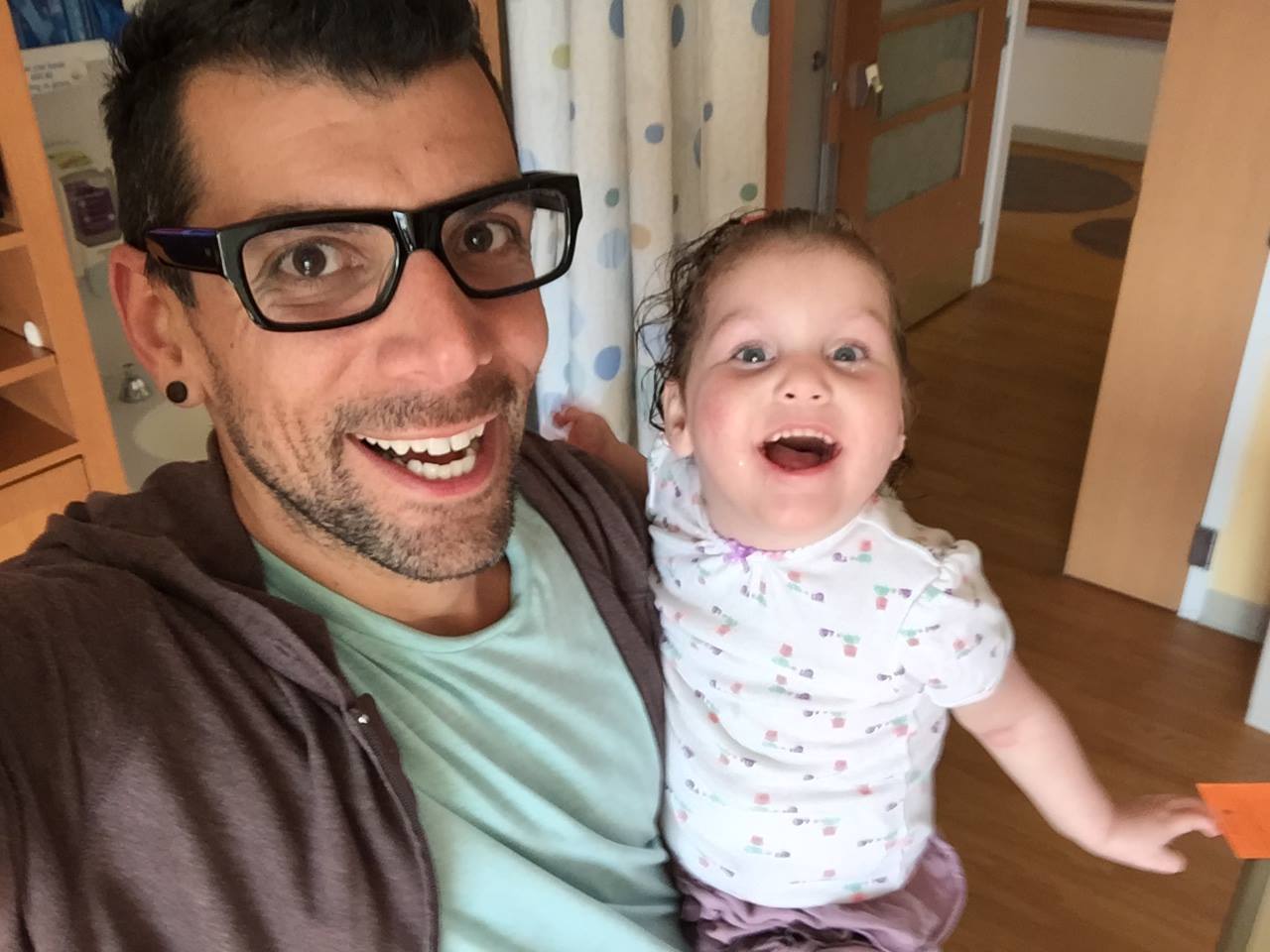 Joey Papa and his wife, Nikki, could never have predicted how much their fourth child would change their lives. Their daughter, Canaan, would never eat or drink normally. She would never crawl or walk. She wouldn’t live to see her fourth birthday.

But what Canaan would do is set her parents’ hearts on fire with love for her and for all children with special health needs, as well as their parents. On what would be Canaan’s fourth birthday – June 25 – Papa and The Canaan Foundation will release, for one day only, a documentary called “In the Land of Canaan,” highlighting children with special needs and the lessons they are here to teach us.

Although the pregnancy with Canaan was completely normal, shortly after her birth great concern for her health arose and she was taken to the neonatal intensive care unit. After six days, she was transferred to a different hospital, where she would spend more than three months in the NICU as doctors and her parents tried to understand what was happening. But for the three-and-a-half years that Canaan lived, her medical challenges would remain a medical mystery.

“Things just continued to go downhill for her,” explains Papa. “For most of her life they were able to identify certain things on CAT scans or MRIs, but there was never a medical diagnosis. There were brain abnormalities that were minor and that doctors said shouldn’t have caused her the challenges that presented themselves.”

Canaan had breath holding spells which left her blue four or five times a day. She had subclinical seizures in which her brain was experiencing seizure activity, but it never showed in her body. She had no feeling in her eyes or tongue. And she had no hearing in her right ear. Despite her challenges, Papa says that Canaan was cognitively present, and it meant the world to them.

“That was such a gift to us,” he explains. “She knew who all of us were in her family. She had likes and dislikes that she showed through expressions. She even said, ‘Hi, Dada’ and ‘Mama’ a few times.”

In April of 2015, Canaan developed pneumonia that wouldn’t leave her alone. It continued to return every two to three weeks. Tragically, on October 30, 2015, Canaan died as a result of that chronic pneumonia. Her family was devastated.

“At her funeral a week later, it came to me. I had this sense that my wife and I – that something had shifted tracks,” says Papa. “I knew then that we were going to do something; I just didn’t know what yet. At the end of November, the idea came to me to do a documentary. What I had noticed was that the transformative power that happened in my life is probably something that is common of people with children with special needs. That pain and tragedy of it all, it can produce great joy and satisfaction.” “It was very clear to us that her life’s purpose would be blown out of the water,” Papa says of Canaan. “And the legacy she left us with is to advocate for children with special needs and for social reform in the hearts and minds of our society. We want to see more and more inclusive behavior. How we interact with one another as human beings – whatever conditions people have – that we see one another as equal. […] I know she was sent to give us a message, and all of these children are sent with a message, and if we listen closely and act humbly enough we can hear it.”

“In the Land of Canaan” will be available to watch for free one day only – June 25, 2016 at IntheLandofCanaan.com. You can visit the Facebook page for more information and to help spread the message that children with special needs are here for a reason. Their lives have meaning and purpose and are worthy of living.

“Canaan’s purpose in coming into our life wasn’t that we would have her for 50 years,” says Papa in a video on his YouTube channel, “but the intention of her life was to come in, capture our hearts, have us fall in love with her for three years and then send us on our way, pass us the baton, send us on a mission. So that’s very clear to me.”