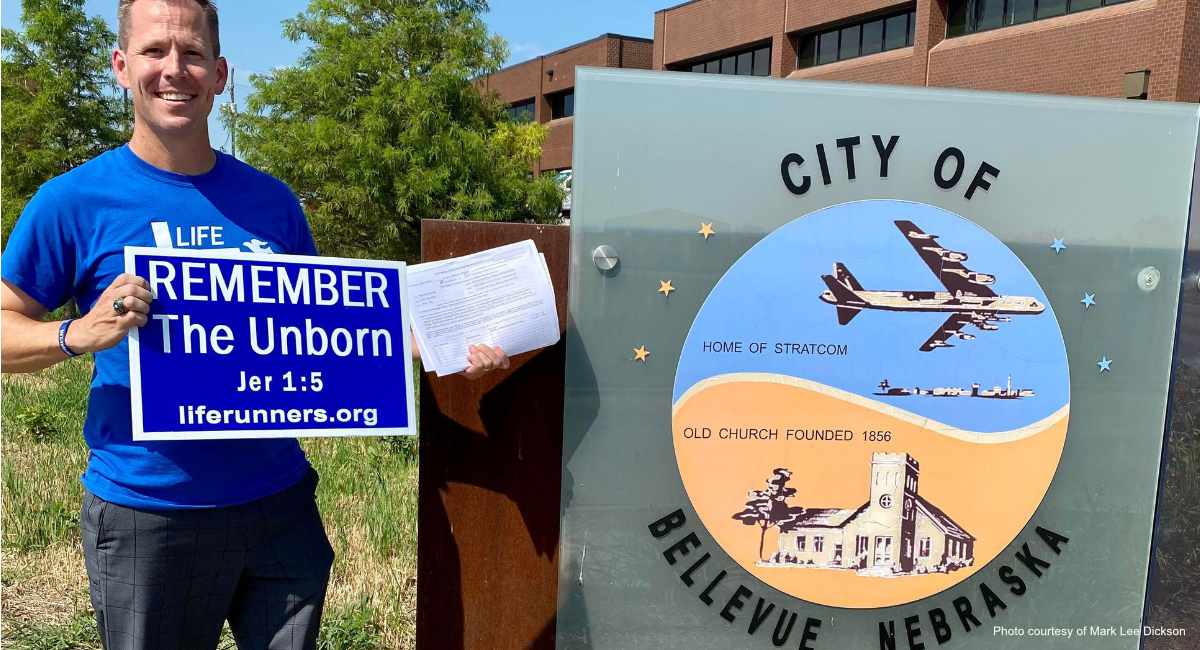 Over the last three years, 50 cities throughout the United States have passed enforceable ordinances outlawing abortion within their city limits. While 49 of those cities saw their ordinances passed by their mayors and city councils, there is one city that saw its ordinance pass through a citizen initiative petition process allowed for by their city charter: the City of Lubbock, Texas (pop. 264,000).

Since Lubbock, residents in cities throughout Texas and Nebraska have begun the strict citizen initiative petition process allowed for by their city charters and state laws with hopes that their municipalities will become Sanctuary Cities for the Unborn.

For many municipalities in Nebraska, the process is just getting started. Currently only two municipalities in Nebraska have passed ordinances outlawing abortion: Hayes Center (pop. 288) and Blue Hill (pop. 941). Both municipalities saw abortion outlawed through a vote of their leadership, but the leadership of other communities throughout Nebraska has not been as willing. In December of last year the City of Curtis (pop. 939), which is known as the Easter City of Nebraska, became the first city in Nebraska to reject an ordinance, leaving many in their community devastated. After seeing many in leadership hesitant and lacking the courage to do the right thing, several residents throughout Nebraska asked a director with Right To Life of East Texas if there was another way to see the outlawing af abortion become a reality in their communities.

The necessary number of signatures which must be collected for each of these communities is dependent on the type of election each community is working towards — (1) the next primary or general election or (2) a special election. 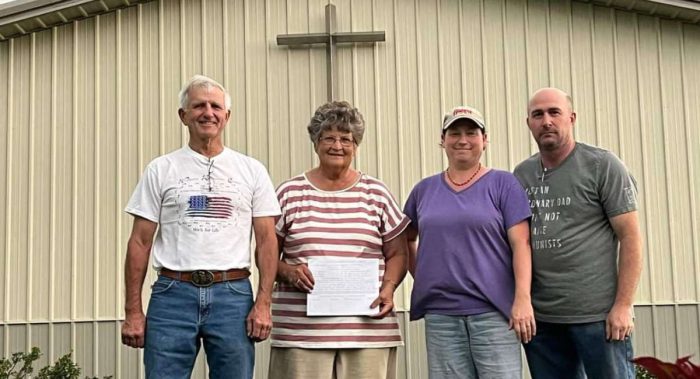 Residents of Arnold, Brady, Cozad, Curtis, Gothenburg, Hershey, Maxwell, Moorefield, Stapleton, and Sutherland have the general election in their sights, with each group seeking to obtain a number of signatures equal to 15% of the number of registered voters in their community. According to Nebraska law, if the proper number of signatures is collected for each of these communities and the leadership of each community fails to pass the measure within 30 days, then the city clerk must submit the ordinance at the next primary or general election held within the municipality.

Residents of Bellevue and Kearney, on the other hand, have a special election in their sights, with each group seeking to obtain a number of signatures equal to 20% of the number of registered voters in their communities. According to Nebraska law, if the proper number of signatures is collected for each of these communities and the leadership of each of these communities fails to pass the measure within 30 days, then the city clerk must submit the ordinance at a special election held within the municipality. Due to election blackout dates from the beginning of September through the end of December, the earliest time at which a special election could take place would be in January 2023.

Dr. Pat Castle of Life Runners shared, “We filed the Citizen Initiative Petition paperwork . . . to start collecting signatures in support of an ordinance outlawing abortion and declaring Bellevue, Nebraska a sanctuary city for unborn persons. If passed, late-term abortionist Leroy Carhart would no longer be allowed to injure mothers and kill unborn children.”

Abortion is defined in the Nebraska Citizen Initiative ordinances as “the act of using or prescribing an instrument, a drug, a medicine, or any other substance, device, or means with the intent to cause the death of an unborn child of a woman known to be pregnant.” According to the definition, an act is not an abortion if the act is done with the intent to save the life or preserve the health of an unborn child; remove a dead, unborn child whose death was caused by accidental miscarriage; or remove an ectopic pregnancy.”

Dr. Castle and residents involved in the initiatives throughout Nebraska are encouraging citizens who are interested in seeing abortion outlawed in their communities to sign the unofficial online petition found on the Sanctuary Cities for the Unborn website to get assistance in getting the process started in their community.