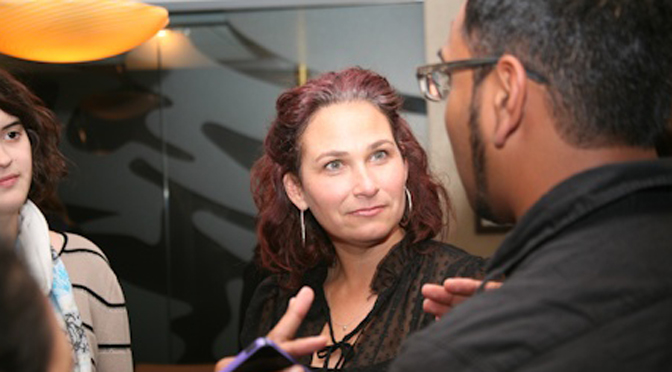 In an August 20 email to supporters, NARAL has taken the tactic of – you guessed it – blatantly lying. Of course, there’s not much that can be said in defense of Planned Parenthood and the abortion industry in general, when they and their cohorts have been caught on tape breaking the law, harming women, and killing babies who were born alive.

Yet NARAL tries, and in the process, lies. Ilyse Hogue, President of NARAL Pro-Choice America writes:

Every dollar in public funding that gets cut from Planned Parenthood means less money for cancer screenings, HIV testing, and a whole range of health services that women–especially low-income women–rely on.

Except the actual truth is that every single dollar in public funding will absolutely stay with women’s healthcare. It will just leave the coffers of Planned Parenthood. A portion of the email NARAL sent out yesterday

Despite Planned Parenthood’s obsessive public campaigns and on-air lies, the truth is that the abortion giant is not the savior of women it promotes itself to be.

Take a look at the bill to defund Planned Parenthood that a majority of U.S. Senators voted for. There isn’t one less dollar for women’s healthcare programs. Not a single dollar. Literally, the only difference is that Planned Parenthood would no longer be a part of these programs.

But I guess if NARAL were to tell the truth, they would have a pretty difficult case to make:

“Every dollar in public funding that gets cut from Planned Parenthood will still stay with women. Women will still get their cancer screenings, HIV testing, and a whole range of health services that they–especially low-income women–rely on. But when public funding is cut from Planned Parenthood, women will no longer be subjected to an organization that forces uninformed consent, performs longer and more painful abortions to harvest baby organs, and sells the limbs, hearts, and brains of babies – even if they survive the abortion.”

Yeah, that wouldn’t sound too pretty in an email. The truth often doesn’t.

Well-researched articles here, here, and here have all documented information on the thousands of community health centers that already serving millions of women every year. These community and federally qualified health centers do not prey upon vulnerable women at a time of need or take the lives of innocent children. Yet they effectively meet the legitimate healthcare needs of low-income and minority women across our nation. In addition to these five states that have moved to defund Planned Parenthood, at least a dozen more have launched witch-hunt-style investigations that could quickly lead to defunding legislation.

Wait… “witch-hunt”? How, in any universe, does it not make sense that a government that funds an organization has the right to investigate them? In fact, concerned citizens who care about their government not being bought out by special interests would actually consider it the duty of government to investigate organizations that are funded with millions of taxpayer dollars every year.

Making sure that a taxpayer funded organization is complying with the law is not a “witch-hunt.” Instead, it’s the responsible actions of a citizen-led government, which is exactly what a free democracy – like America – is.

Of course, no one ever accused NARAL or Planned Parenthood of being responsible. It’s now become more obvious than ever that the abortion industry will lie – even to their most dedicated supporters – if it means making a few bucks.