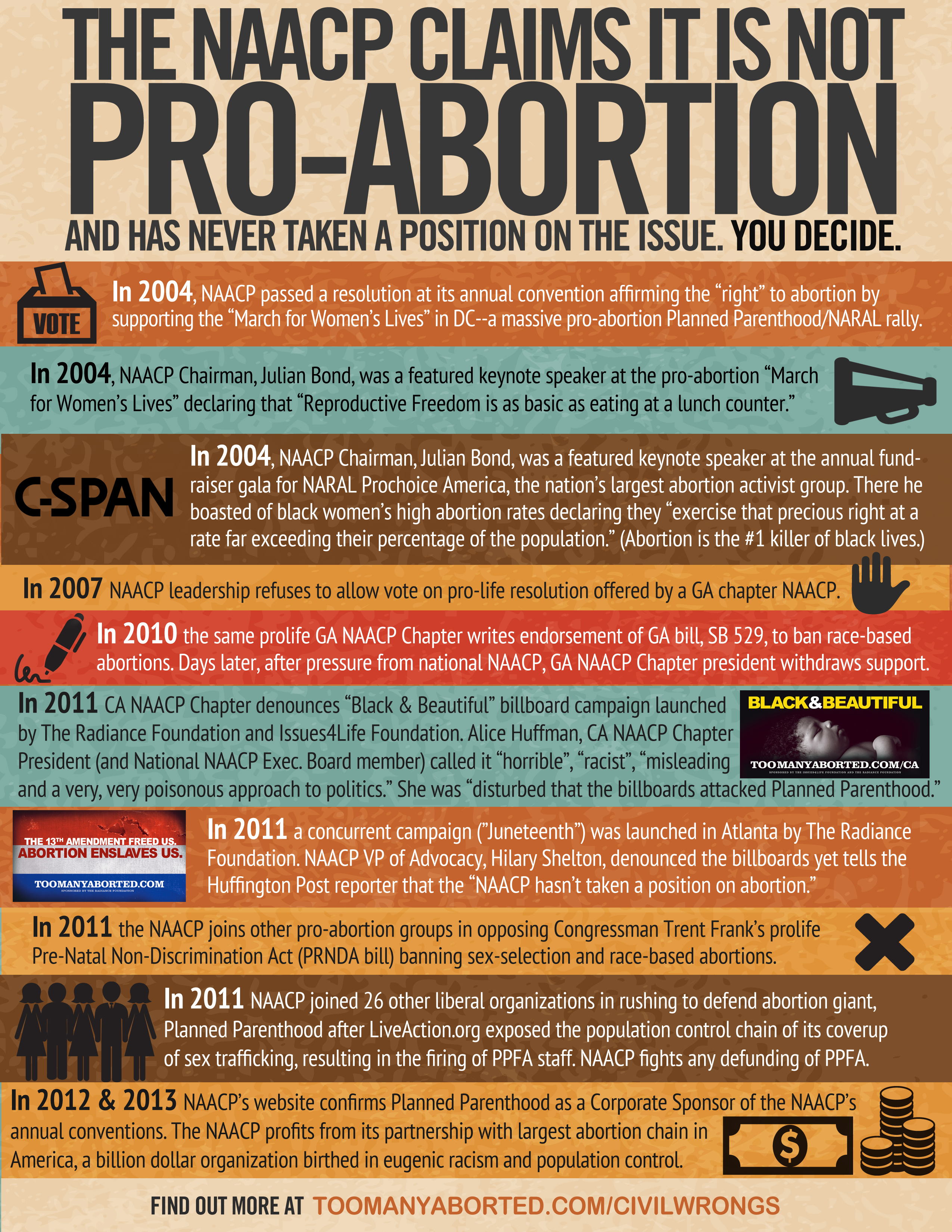 Will NAACP sue anyone who notices?

In response to the highly debated “not guilty” verdict of George Zimmerman, many civil rights activists have called for federal prosecution of Zimmerman on civil rights grounds. Groups like the National Association for the Advancement of Colored People (NAACP) are rallying efforts to reopen the case in pursuit of a guilty charge, convinced that Trayvon Martin’s death was the result of racial profiling, and that self-defense is implausible.

In its petition to the Department of Justice, which has garnered over 100,000 signatures, the NAACP states:

But does the NAACP consistently support the right to life? Although it staunchly and repeatedly states that it has no stance on abortion, well-documented actions by the NAACP betray this assertion as false. Ryan Bomberger, founder of the Radiance Foundation, chronicles the NAACP’s support of abortion. Among others, his findings include:

Below is a comprehensive list of right-to-life violations of the NAACP: 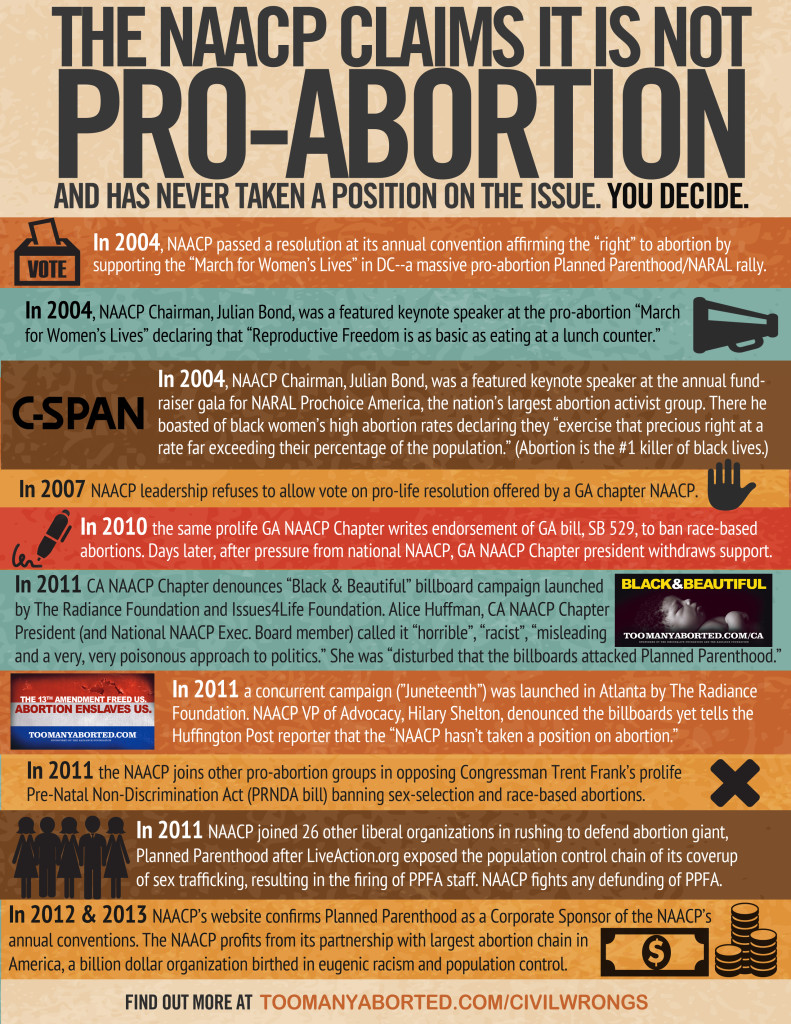 Can the NAACP decry an alleged legal violation of the right to life while simultaneously defending abortion? There’s a term for that: “Talking out of both sides of the mouth.” However, as individuals and organizations like the Radiance Foundation (who received a lawsuit threat from the NAACP for calling the organization out on its abortion support) have experienced, the NAACP doesn’t take kindly to being called out on its inconsistencies.