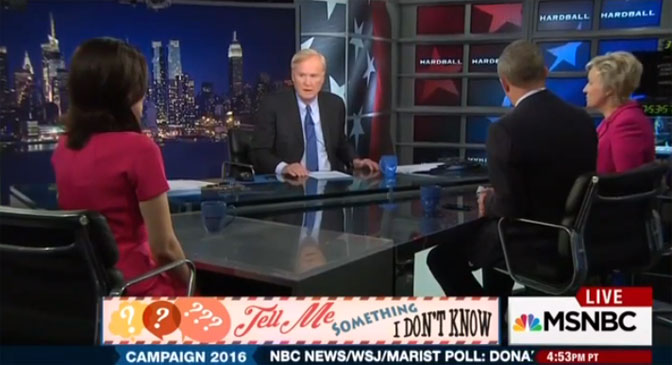 Pro-abortion extremists abhor pro-life laws in general, but HB2 in Texas especially sent them into a frenzy. The bill did nothing more than make abortion safer in Texas — requiring hospital admitting privileges for abortionists and that abortion clinics meet the same standards as ambulatory surgical centers. It was to prevent abortionists like Kermit Gosnell from practicing, because sadly, there is no shortage of Gosnells out there.

In Texas, there were multiple clinics operating in filthy conditions. HB2 prevents butchers like Gosnell and Texas’ own Douglas Karpen from being able to prey on women, and in case of an emergency, ensures that the women affected can get the proper emergency care. Gosnell’s patient that died, Karnamaya Mongar, perished in part because his clinic had hallways that were too narrow for the paramedics’ stretcher to fit through, and because they had to find their way through his maze-like corridors. HB2 means that clinics can’t be in those kinds of conditions.

Regardless of the lifesaving potential of this law, pro-abortion activists have been furious about it, continuously leveling the charge that HB2, and similar abortion restrictions, are responsible for getting women killed, and have been causing hundreds of thousands of women to attempt self-abortions. On MSNBC, pro-abortion journalist Tina Brown was interviewed by Chris Matthews, where she touted a “great abortion factoid” courtesy of none other than Planned Parenthood President and CEO herself, Cecile Richards. Brown claimed that since HB2 has been signed, over 100,000 women have attempted self-abortions.

This information comes from a study that was debunked right here at Live Action News. Conducted by Texas Policy Evaluation Project (TxPEP), the researchers claimed to have found that anywhere from 100,000 to 240,000 women have attempted to give themselves abortions over the past five years. Unfortunately for abortion advocates, the study was rife with errors. It never determined when these women were attempting to give themselves abortions, so the self-abortions could have taken place as much as 35 years ago, or where they took place, so we don’t know that they happened in the United States, let alone in Texas. The researchers also got to the number that they did by asking women not only did they try to induce an abortion on themselves, but if they thought any of their friends had ever done so — hardly a reliable way of investigating the issue. The researchers also never bothered to ask why the women attempted to give themselves abortions, yet had no problem linking it to HB2 and similar pro-life laws. Nor did the researchers compare the number of self-abortion attempts in Texas to states like California, which has incredibly relaxed abortion laws. Life News also noticed that the numbers were likely exaggerated:

The numbers almost certainly are a gross exaggeration. According to the pro-abortion Guttmacher Institute, there were 73,000 abortions in 2011 in Texas before the laws took effect. The study’s estimates that abortions increased up to 240,000 after the pro-life laws were passed seems extremely unlikely.

The study was clearly conducted for no reason other than to advance a pro-abortion agenda, and it’s therefore not surprising to see pro-abortion activists like Brown and Richards using it for their own gains as well. The sad thing is, most people will see Brown talking to Matthews and just assume she’s telling the truth.

But that’s how the abortion lobby operates. They have to lie to get sympathy. It’s not as if Cecile Richards can go on the evening news and tell people that, hey, we really hate these laws because having to make our clinics all safe will really eat into our profits. So they lie. It would be sad, if it wasn’t so infuriating seeing these pro-abortion extremists exploiting women and turning them into pawns for their own political gain and financial profit.