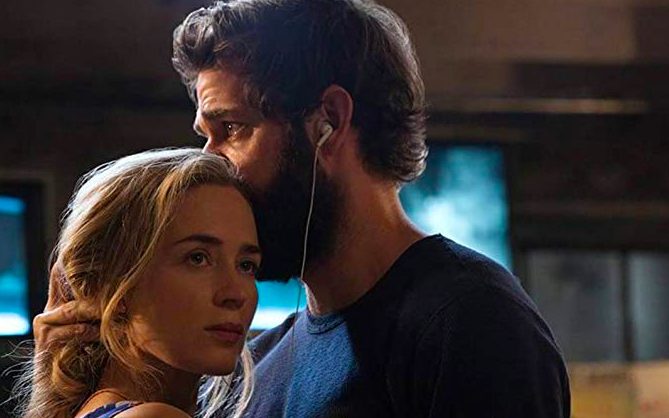 Lee and Evelyn Abbott, together with their young children, are self-sustained on an isolated farm in 2020 America, and living in total silence like their lives depend on it – but why? That’s the opening quandary in the unconventional horror film, A Quiet Place, now available on DVD. The movie was so successful that a sequel may currently be in the works — and it’s no wonder, as there are many reasons to like this film.

Writer and director John Krasinski (best known as Jim Halpert from The Office), who also stars as the father in the film, said in an interview with Jimmy Fallon that the story is based on the question, “What would I do to protect my kids?” It was a topic near to his heart when the production opportunity presented itself. Three weeks prior to reading the original script, Krasinski and Emily Blunt — his real life and onscreen wife — welcomed their second daughter into the world.

“I was already in the place of feeling absolute terror, worried that I could keep this little girl safe, keep her alive, and was I a good enough dad?” Krasinski shares in an interview with Jake Hamilton. “And all those themes are in this movie.” Krasinski never made a horror movie until now, and he thinks masterful storytelling rather than reliance on scary images is key to being timeless in the genre. “My job is to write a story about a family, and something that people can connect to, and fall in love with, and be scared for this family,” says Krasinski. “So all the scares should come because you don’t want anything to happen to this group of people.”

Specifically, you’re pulling for the Abbotts to evade vicious alien predators that are triggered by sound. The movie is not a silent film in the technical sense — its sensitive audio enhances suspense and garnered an Oscar nomination — but its judicious dialogue largely consists of American Sign Language with subtitles. At times the film gives viewers the perspective of the eldest daughter, Regan (Millicent Simmonds), whose deafness prepared the family to communicate in a life of silence. Yet with familiar teenage angst, Regan questions her self-worth amidst her condition, especially its role in her inability to hear when her little brother was in fatal danger. 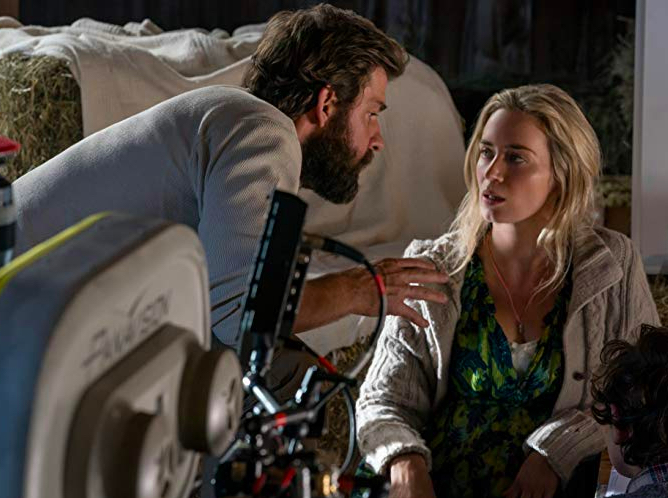 Perhaps conventional 21st century sentiments would dictate that parents are justified in viewing children as a liability in this scenario. Not so in A Quiet Place. In a SAG award-winning performance, Blunt portrays a mother who, with no healthcare except her own diligence, carries and births a fourth child. As she monitors her pregnancy, her husband builds a soundproof cradle, both of them fully committed to bringing into the world a child whose noisy infancy could put them all at risk. Yet in no way does this risk devalue the preborn child. Rather, the child’s survival is a unifying factor for the entire family.

“We see the efforts undertaken to muffle a crying baby without killing it, how to live in a world where sound can be deadly,” Sonny Bunch at The Washington Post observes. “Far from looking horrible, it looks homey. Difficult, yes, but filled with love. ‘A Quiet Place’ is about what it means to be alive, what it means to be human, what it means to continue to exist in a world that has made being human virtually impossible. A film about the importance of passing on what you know and what you are to the next generation.”

Rivaling survival of the fittest or survival of the arbitrarily deserving, survival of the most vulnerable takes priority in the post-apocalyptic film. Rather than a premise of personal survival or quality of life, it is protection of those who can’t protect themselves that forms the foundation of A Quiet Place.