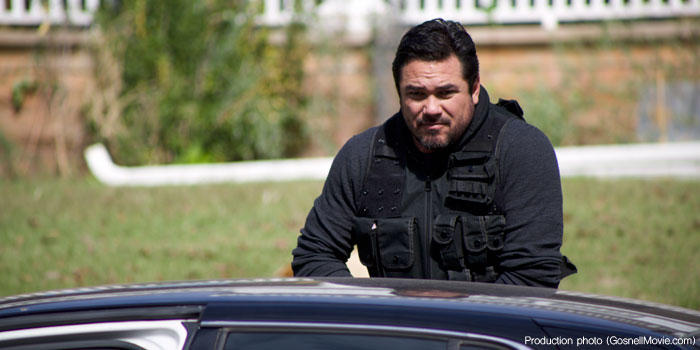 “Gosnell: The Trial of America’s Biggest Serial Killer” has shattered expectations after opening weekend. According to Box Office Mojo, “Gosnell” — a movie about the crimes of a horrific abortionist — finished the weekend at #10 with $1.3 million, despite having a limited release with less than 700 theaters. It beat out movies featuring Hollywood heavyweights, like “A Simple Favor,” starring Anna Kendrick and Blake Lively, and the Keira Knightley film “Colette.”

Despite the horrors of this story, the media notoriously refused to cover it. But now, five years later, Gosnell’s crimes are being told on the big screen, thanks to a crowdfunding campaign that raised over $2 million. Filmmakers had to fight multiple obstacles to bring the movie to theaters, but were ultimately successful — and apparently, more successful than anyone could have expected. “Gosnell” was able to break the box office top ten despite very little advertising, including a campaign to censor attempts to promote the film by Facebook, according to producers. Word-of-mouth from pro-lifers bolstered the film and helped push it towards success, with many viewers reacting positively to the film, despite negative reviews from pro-abortion activists.

“Gosnell” tells the story of Philadelphia abortionist Kermit Gosnell, who was convicted in 2013 of the murders of three infants, although it is believed that he killed many more. According to his former employees, Gosnell delivered babies alive after abortion, and then cut their necks with scissors, a process he called “snipping.” Live Action News’ Anna Reynolds writes in her review of the movie, “As the grand jury report states, ‘These killings became so routine that no one could put an exact number on them. They were considered “standard procedure.”‘ One Gosnell employee who pleaded guilty to several serious crimes described how he snipped the spinal cords of babies, calling it, ‘literally a beheading. It is separating the brain from the body.’”

Gosnell kept jars with feet on display around his decrepit abortion facility, like bizarre trophies. After operating for decades, killing at least two women and butchering many more, officials finally raided his facility and discovered blankets and furniture were covered with blood. Patients were found moaning in pain. The facility reeked of urine and feces, thanks to flea-infested cats which were allowed to roam freely. It was described as a “house of horrors.”

Perhaps Hollywood — which typically portrays abortion positively in movies and on television even though past attempts have bombed — should take note from the success of the movie portraying abortionist Gosnell’s crimes; despite comparatively little funding, advertising, or promotion, the film still cracked the top ten. Could it be that Americans don’t view abortion as favorably as Hollywood believes? According to “Gosnell” director Nick Searcy, that could be true.

“People have written me from all over the country,” he said. “How moving they thought the film was and how fair it was and how responsibly it addressed the issue without shocking people with gore or horror, and that’s been very gratifying.”