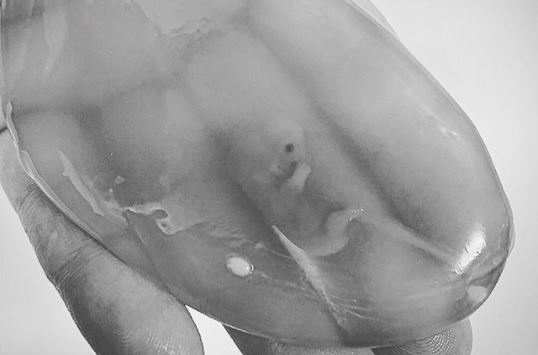 An Instagram account dedicated to raising awareness of miscarriage shared an image given to them by a mother who had lost her baby between the ninth and tenth week of pregnancy (seven to eight weeks past fertilization). The remarkable photo was taken one year ago when this mother lost her precious baby girl. The baby’s mother shared the image because she wanted “to honor this child and every child who won’t grow up…” and @miscarriage.stories posted the beautiful photo.

She wrote that she was about 12 weeks along in her pregnancy, but she learned that her baby girl had died two to three weeks earlier. After a “full strong labor and delivery” Elsie “was born perfectly in her waters, en caul, with the placenta surrounding. This photo was taken after that was peeled away.” 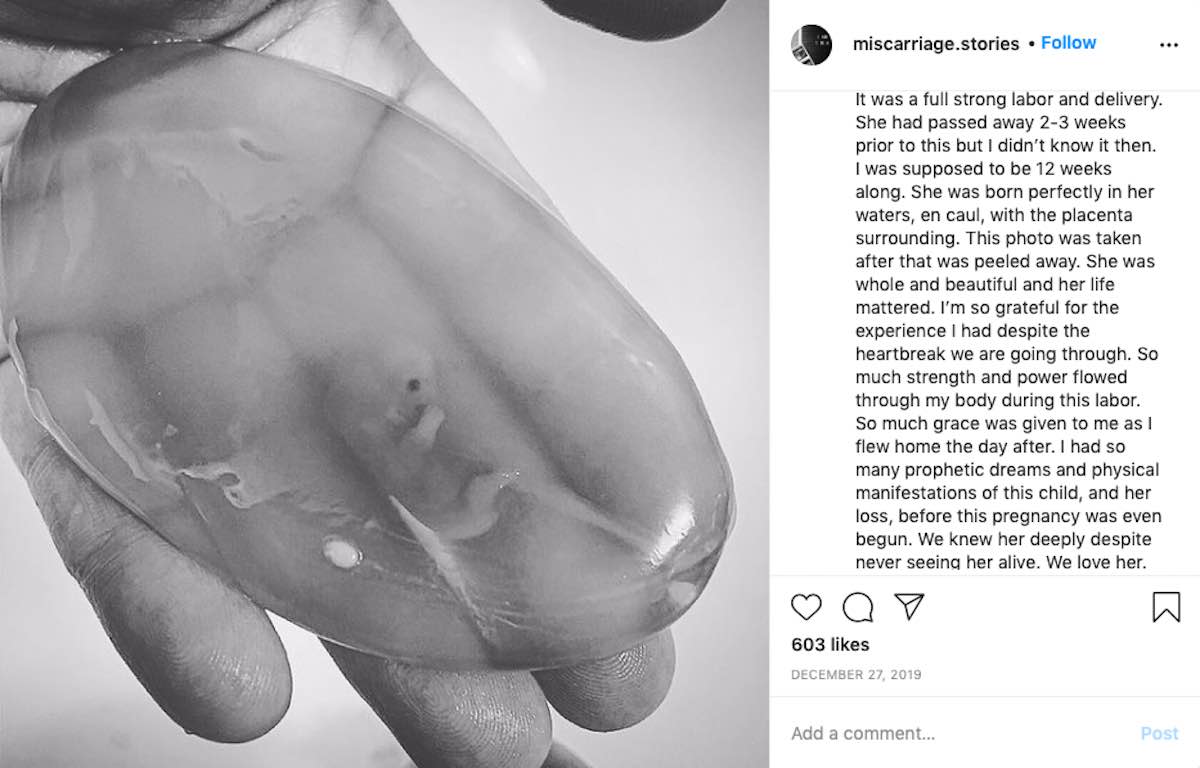 Miscarriage — the spontaneous loss of a preborn child before 20 weeks — occurs in up to 20% of all known pregnancies. In recent years, women have been more open about their miscarriages, breaking the stigma that surrounds it and highlighting the humanity and worth of their preborn children.

According to The Endowment for Human Development, by seven weeks post-fertilization, a preborn child has brain activity and a heart rate that peaks at 170 beats per minute. The heart at this age has four chambers. The baby is just 2.2 cm from crown to heel but can kick her legs and move her hands and arms. She can also hiccup. She is — as she has been since her first moment of creation — a human being. By nine weeks, she can drink fluid, suck her thumb, sigh, stretch, open her mouth, and move her tongue. She is sensitive to light touch.

Most miscarriages occur in the first six weeks and the chance of miscarriage then drops to 10% for weeks six through 12. Many women find out they have lost their babies almost immediately after learning they were pregnant. The loss is heartbreaking no matter the child’s age. 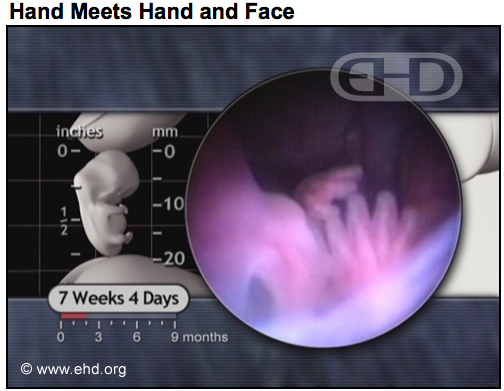 “She was whole and beautiful and her life mattered,” wrote Elsie’s mother. “I’m so grateful for the experience I had despite the heartbreak we are going through. So much strength and power flowed through my body during this labor. So much grace was given to me as I flew home the day after. I had so many prophetic dreams and physical manifestations of this child, and her loss, before this pregnancy was even begun. We knew her deeply despite never seeing her alive. We love her. We miss her. And we’re morning everything she meant to us.”

Losing Elsie moved her mother, a photographer, to work even harder to document the lives of mothers and children during labor and delivery. “Every type of birth, every life, deserves to be shared and captured and honored,” she said. Though it was a “traumatic” experience, she said it motivated her to “be a better and more compassionate birth keeper [than] ever before.”