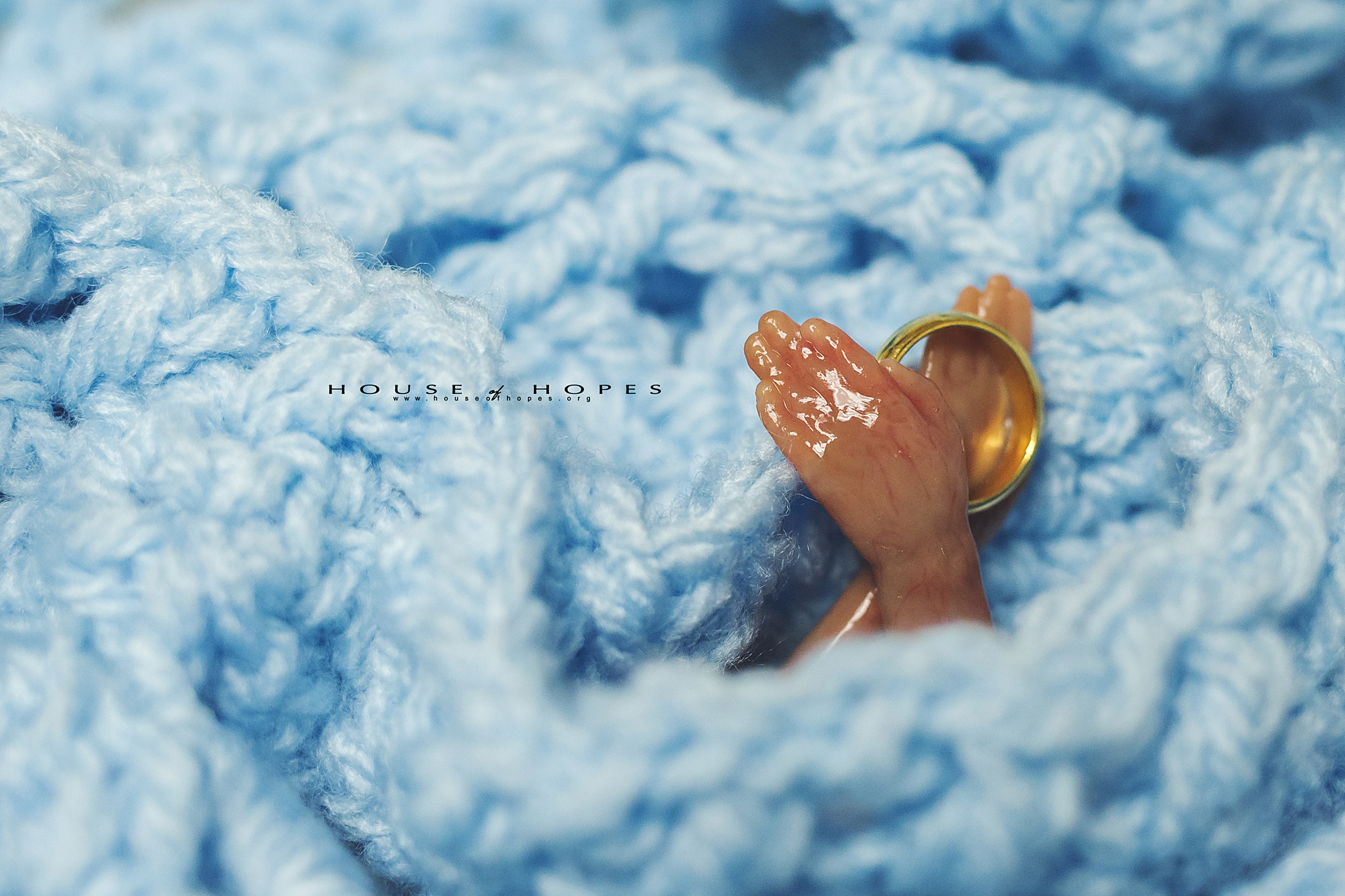 When Mandy Stewart prepared to obtain her 20-week ultrasound, she initially planned to go alone. Her husband, Brandon, had work that day. However, Stewart had a feeling she should have someone with her, so she asked her mother to come along. It was an instinct she would be glad she followed, because the appointment would not go as planned. “Right away you could tell he was upside down. You could see his spine and he wasn’t moving, and I knew he was supposed to be moving,” Stewart said. She had previously worked in the office she was visiting as a medical assistant. “I wasn’t seeing the heartbeat flutter on the screen,” Stewart recalled. “I noticed [the technician’s] face go really solemn. It was a complete shock and I started bawling. It didn’t take me long to figure out what happened.”

The technician told Stewart’s mother that the baby should have been measuring 18 weeks and 6 days gestation, but he only measured 15 weeks. The baby, whom they named Roman, had died three weeks earlier, just one week after they had learned he was a boy.

Stewart had shown no signs, and had no bleeding or cramping. She had no idea anything was wrong, especially since the placenta was on top and was limiting her ability to feel Roman moving.

The doctor told Stewart she would need to be induced and deliver her baby.

“And I knew what the process was. I knew what delivery meant,” Stewart said. “I understand that things happen, but the giving birth thing was emotionally hard for me to accept. That was September eighth. On the 10th is when they induced.” Roman was born on September 11, 2015. The couple hired a photographer to take pictures of Roman and the family. The photographer was able to capture Roman doing his hand and foot prints, along with photos of him being wrapped up. Stewart and her husband spent the day with Roman before saying goodbye. They then shared the news on Facebook:

Family and friends, heaven gained an angel this morning at 7:23 a.m. It is with heavy hearts we tell you that our teeny baby boy (who was to be born February 3, 2016) was born sleeping. Roman Stewart weight 4 ounces and was 7.5 inches long. We are grateful to be his parents and will cherish him in our memories forever. We rest a little easier knowing he is with the Heavenly Father, and being spoiled by all of our friends and family who had gone before him.

The couple had Roman cremated and they keep his ashes in both a tiny urn, and a necklace which Stewart ordered through the funeral home.

“The first weekend we were home was pretty rough,” Stewart said. “I had several mini meltdowns. We both grew up Baptist Christians and we have a really strong faith in God, and that has given us peace, strength, and comfort, knowing that we’ll see him again. We have a huge support group in friends and family and neighbors and our church group. That has helped out tremendously.” Brandon, Mandy and Elijah with the baby brother bear the hospital donated to Elijah.

Stewart decided to share the photos and story of Roman after her husband saw similar stories online and shared them with her. Their hope is that Roman can help people choose life for their children, and that people can see through Roman the humanity of the preborn.

“We are very pro-life,” Steward said. “If hearing our story helps people to share theirs, we should let them know. It is nice to be able to give our story, even if it were to help just one person—to even help people realize that a baby measuring 15 weeks looks like a person. He had a nose and you could tell he had eyebrows. It is amazing.”