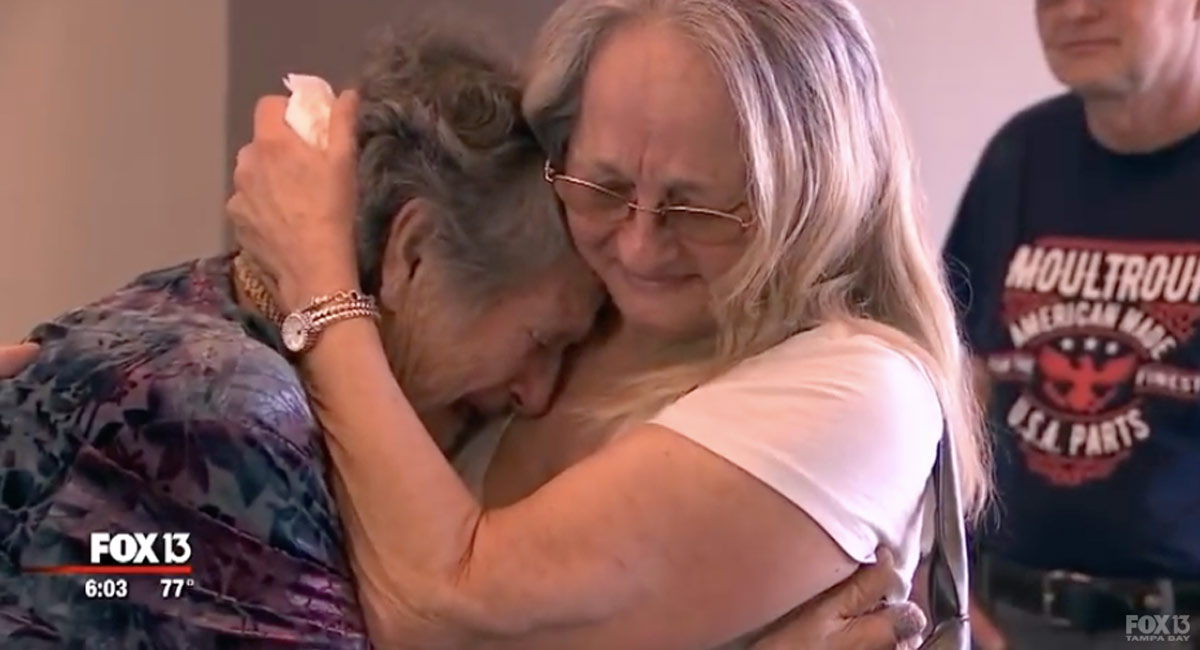 In 1949, Genevieve Purinton was an 18-year-old unwed mother, delivering her precious little girl at a hospital in Indiana. But because she was not married, hospital staffers delivered a horrifically cruel blow: they told her that her daughter had died at birth. “I said I wanted to see the baby. They told me she died,” Purinton recalled. Her baby girl, however, was not dead, but alive, and taken to an orphanage, where she was adopted by a couple in California.

Her daughter, Connie Moultroup, knew she was adopted, but had no idea of the tragic story behind her adoption. “Her adoptive mother died of cancer, and shortly after, her adoptive father was diagnosed with a heart condition,” Bonnie Chase, Moultroup’s daughter, said in an interview with CNN. Chase explained that her adoptive father remarried, but her stepmother was abusive. “So the whole time, she just wanted to find her actual mother to rescue her from that horrible situation,” Chase added.

READ: Woman discovers her birth mom has been working at her job for years!

Meanwhile, Purinton had no other children, but never forgot the baby girl she thought had died at birth. Moultroup searched for years, but it wasn’t until Chase gave her an Ancestry DNA kit that she finally found her. “It took me a while to use it, but when I finally got the results I went from having only three known relatives (a daughter and two grandchildren), to 1,600 relatives. I was floored,” she said. She found a cousin, who revealed that Purinton was still alive, at 88 years old, and alone. “I told her my mother’s name was Genevieve Purinton, and my cousin said, “Oh, that’s my aunt. And she’s still alive, living on her own,” Moultroup recalled. “I couldn’t believe it. I was going to meet my mother.”

Moultroup sent Purinton a card with her contact information, and the women agreed to meet, at a retirement community in Tampa where Purinton lives. “I met my mother and my cousin in person, and we cried. It was just a crying fest,” Moultroup said. “Not everybody has this kind of outcome when looking for their parents, but I recommend you give it a try, you don’t know what will happen.”

When they met, Purinton and Moultroup both cried as they hugged each other, as Purinton exclaimed, “You’re really not dead!”

“It’s been a lifetime of wanting this,” Moultroup said through tears. “I remember being five years old and wishing that I could find my mother.” Now, almost 70 years later, mother and daughter are finally together again, with a family to love despite all the lost time.