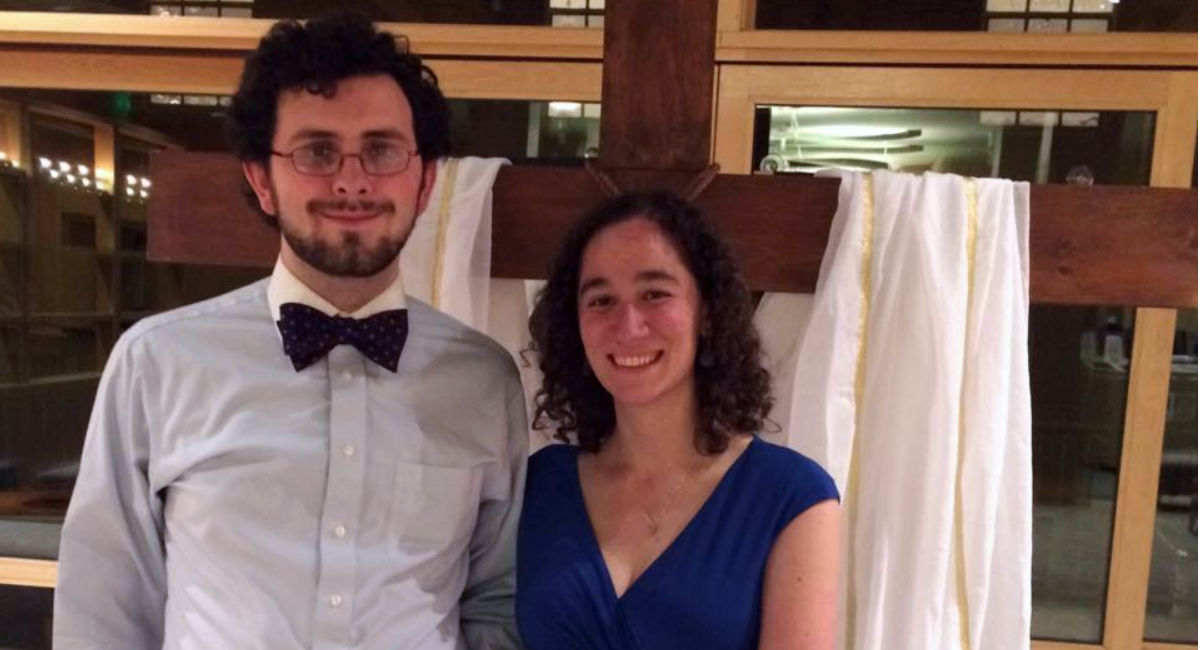 Leah Libresco Sargeant has known the pain and heartbreak of child loss due to miscarriage six times over. She spoke to Live Action News about her experience of recurrent miscarriage as well as her experience carrying her living daughter Beatrice, and offered words of wisdom and hope for other women who are hurting after a miscarriage.

About six months into her marriage to her husband Alexi, Leah conceived their first child. She told Live Action News, “We were really hoping to have a baby, and at first, it was just exciting.” She noted that beginning with that first pregnancy she tracked along week by week of each pregnancy with the Bump app, and was surprised to see that the detailed depictions of human life in its earliest stages contrasted strongly with the “clump of cells” phrasing she’d heard for years to refer to the child in the womb.

While Sargeant knew in a general way that miscarriage is a possibility in every pregnancy, that possibility became increasingly real to her after her initial bloodwork to confirm the pregnancy was not completely reassuring. A series of blood tests every few days followed, punctuating a time that was overall “marked by a lot of worry.” Her worst fears were realized on Easter Sunday of 2017 when the physical process of miscarrying began.

Leah visited the obstetrician’s office to confirm what she already knew in her heart had happened, and was distressed when “the doctor wasn’t very kind” regarding the miscarriage. Painfully, the doctor stopped referring to their baby as a person.

“Rather than telling us, ‘I’m sorry that your baby has died,’ she said, ‘It looks like what we thought might be happening, happened.'” Their doctor even appeared annoyed by the crushed parents’ tears, leaving Leah and her husband feeling “a mix of grieved and angry.” The couple named their first child Robin.

Devastatingly, Leah said, “It kept happening — we’ve lost six children in all.” The Sargeants named each child: Robin in spring of 2017, Ariel in fall of 2017, Blaise in early 2018, Casey in the summer of 2018, Camillian in the fall of 2018, and Luca in early 2019. Leah said, “Every time we got pregnant, it was hard to be purely excited,” in part because each pregnancy became medicalized from the start. Multiple blood draws and ultrasounds still ended in loss each time, and, in the case of Camillian, with surgery for an ectopic pregnancy.

After their third miscarriage — the loss of Blaise in early 2018 — the Sargeants switched doctors and came under the care of Dr. Anne Nolte, a NaProTECHNOLOGY-trained doctor. The Sargeants sought Dr. Nolte for both her health care and her attitude of caring, noting, “Her whole office was marked by care for us as parents and for our child as a person.” This reality became very clear when Leah learned that she was pregnant several months after switching providers. “We found out just a few days after we learned that we were pregnant that we had lost Casey. In that case, there’s nothing anyone can do.” Dr. Nolte walked through the pain with them, even though there was no medical intervention to offer.

While in some cases NaPro-trained doctors utilize many interventions and/or medications to help women with a history of miscarriage bring their babies to term, that wasn’t the case for the Sargeants. Leah, a statistician by profession, said that from a mathematical perspective she actually felt some hope that they would complete a successful pregnancy because, she learned that “[o]ne miscarriage doesn’t necessarily put you at risk for another miscarriage.” This knowledge — coupled with the fact that there didn’t seem to be anything to “fix” and that there might not be a single underlying explanation for each loss — led the Sargeants to hope that eventually they could beat the odds and carry a baby to term.

While each loss was painful and devastating, Leah and her husband took comfort in their Catholic faith. She recalled being previously struck by the beauty of a friend whose ministry as a Catholic religious sister was to care for people dying of cancer. In a similar way, Leah found, “God seemed to be trusting me to care for people who weren’t going to live for very long. Could we care for them?”

Though this lens brought the Sargeants tangible hope, the practicalities of approaching new life after miscarriages were heartbreaking nonetheless. Leah said, “After we lost Robin, we began to keep a list of who we had told that we were pregnant, so that we could let them know if we lost the new baby.”

Far from leading them to withhold news of their pregnancies until a certain gestational age, such as after the first trimester, Leah noted that instead, “We definitely wanted people that we loved and who loved us to know about our babies, especially in case we ended up losing them. Telling others that we were pregnant might be our only chance to celebrate that child’s life with them. Also, if we lost the baby, people weren’t only finding out after the fact — it wasn’t such a shock for people to learn that the baby existed after they were already gone.”

After six losses, the Sargeants conceived baby Beatrice in 2019. Leah recalled, “We saw the heartbeat for the first time (out of all the previous pregnancies), [and] that gave us an enormous sense of hope.” After years of heartache, Beatrice was born in January of 2020 after a “very uneventful” pregnancy.

Leah and Alexi are already considering how to share the news of her older siblings with Beatrice in developmentally appropriate ways as she grows up. For example, the Sargeants plan to display the tiny Christmas stockings a friend gave them to honor the lives of each of their miscarried children alongside Beatrice’s bigger stocking each year.

Leah offered words of grace and encouragement for other women suffering after a miscarriage. She considers grief a “very reasonable” response to the death of a child, saying, “Grieving a child is part of the way you mother them after they are gone,” but acknowledges that “it is certainly a difficult way to be a mom.” She emphasized that grieving a child is also not done in isolation. “Sorrow is relational, and it’s part of what connects you to your baby, who loves you also. Sorrow is not a solo thing.”