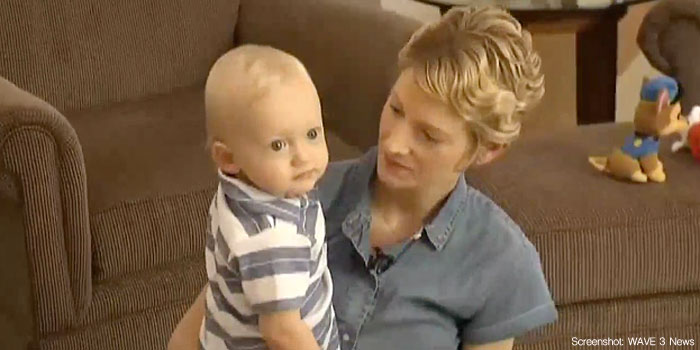 When a pregnant mother receives a diagnosis for something like cancer, it’s often assumed that she will elect for abortion. But some brave mothers refuse to abort their preborn babies… moms like Stacey Johnson.

Johnson was overjoyed when she realized that she was pregnant with her second child. But that joy soon turned to fear when she realized she had a lump in her breast. Johnson was just 31 years old, and after telling her obstetrician about the lump, she underwent more testing, even though everyone assured her that it was likely nothing. A biopsy was performed, just to give Johnson peace of mind — but the biopsy came back positive for cancer. Johnson, a neonatal intensive care nurse, was scared. “Understanding that my case was unique, but not fully understanding all the options, this was a scary first opinion,” Johnson said.

Johnson immediately began to seek treatment, but initially, her options were not great. She was told to have an abortion at 11 weeks, which would have meant an aspiration abortion. The procedure, as explained by former abortionist Dr. Anthony Levatino below, involves using a powerful suction catheter to forcibly remove the preborn baby from their mother’s womb. The abortionist then uses a curette to scrapes the mother’s uterus and make sure that nothing of the baby is left behind.

But Johnson refused to have an abortion. Instead, she sought a second opinion, which brought her to Dr. Lauren Nye, a breast oncologist with the University of Kansas Health System. And according to Nye, Johnson did not need to have an abortion in order to fight her cancer. “So then I met her and we talked about her options [and] none of them included terminating her pregnancy,” Nye said. “Women can safely undergo chemotherapy and surgery during the second trimester.”

So that’s what Johnson did. She had a mastectomy and underwent chemotherapy in her second trimester; after her son, William, was born, she went through more invasive procedures like radiation and Herceptin® infusions that were not safe during pregnancy. And her medical team made sure that William was safe. “I had ultrasounds every 10 days during chemotherapy to monitor the baby’s growth and blood flow,” Johnson said. “They tailored my treatment plan with two patients in mind: me and my baby.” Once her treatments are complete, Johnson can undergo breast reconstruction.

Johnson said that it was her love for her preborn child that helped her survive the difficult ordeal. “Everyone says, is like, so complimentary, like, how did you get through it, or how did you do it?” Johnson recalled. “Because I had someone else’s life to care about!”

William will turn one on May 30th.

Many women, like Johnson, are encouraged to have abortions after receiving a cancer diagnosis. But newest research shows that abortion is not necessary to treat cancer, and according to the American Cancer Society, older studies have found that prognosis after a breast cancer diagnosis does not improve if a woman has an abortion. Yet women continue to be told that they need to abort their reborn babies — that they have to choose between their own life or their baby’s. But women don’t have to make such a terrible decision; they can fight for both lives. And they deserve doctors who will do the same.