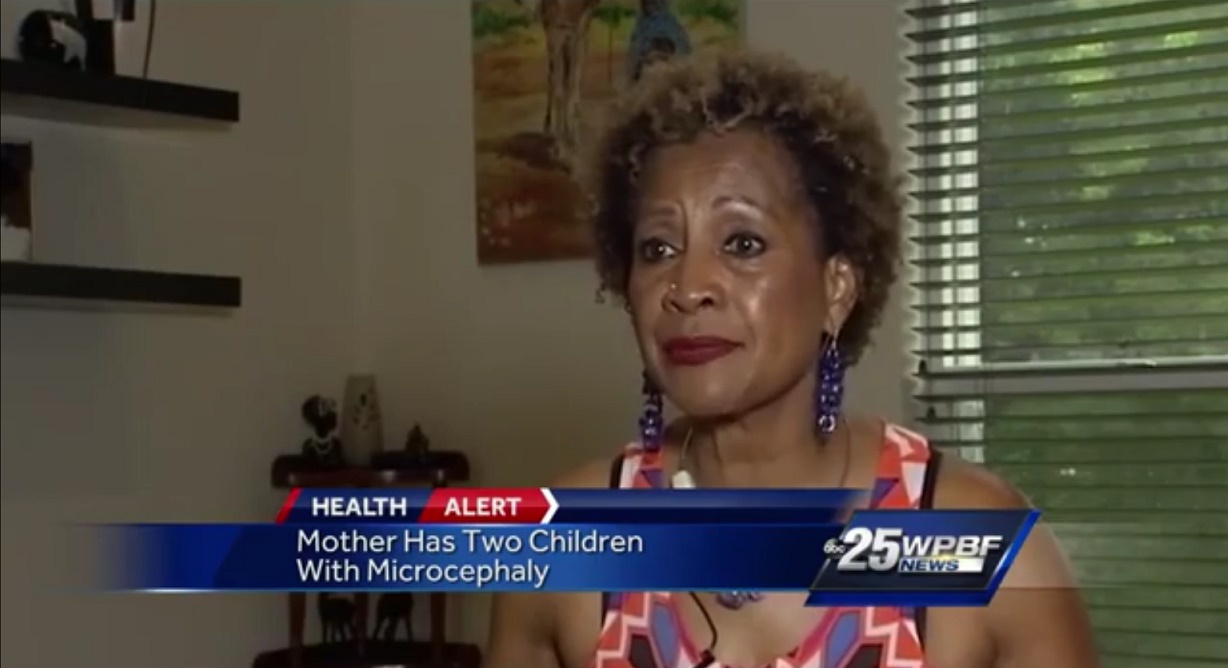 A Florida mother of three is speaking out about raising children with microcephaly, and she has a specific message for pregnant woman who have contracted the Zika virus. She contacted a local news station to share her story.

Haneefa De Clercq has two adult children with microcephaly, a condition in which babies are born with small heads and developmental delays. Microcephaly has been linked to the Zika virus, which has pregnant women scared and abortion supporters using the virus as an excuse for late-term abortion. But De Clercq says her children are “the greatest gift.”

“I used to get people laughing at my kids. Calling each other and saying, ‘Come and look at these monkeys.’ My kids were called every name that you can think of,” De Clercq said in an interview with a local ABC station. “You’ve got no idea.”

De Clercq’s eldest child is healthy, however, her younger two, Andrea and Robbie, were both born with microcephaly. Doctors gave Andrea only four months to live. Today she is 37 years old and Robbie is 33.  Andrea has a mind similar to a three-year-old and she has great computer skills. Robbie has the mind of a seven-year-old and loves the arts. Andrea and Robbie hang out together in this screenshot from ABC.

“I never expected that I could give them an instruction and that they would follow that instruction and do it properly,” De Clercq said. “I never ever thought so. […] I see the love between them and it gives me tears of joy.”

“[…]Then you get the third category that I love with all my heart that come to me and say, ‘What happened? Why are they like this?’ And my smile is even wider because someone wants to know my story,” she said. De Clercq and her children Andrea and Robbie work together in the kitchen in this screenshot from ABC.

De Clercq told ABC that she hopes the increase in cases of microcephaly as well as in awareness for the condition will lead to more research towards treatments and therapies. And she hopes expectant mothers who are at risk for or have contracted the Zika virus realize what gifts their children are, with or without microcephaly.