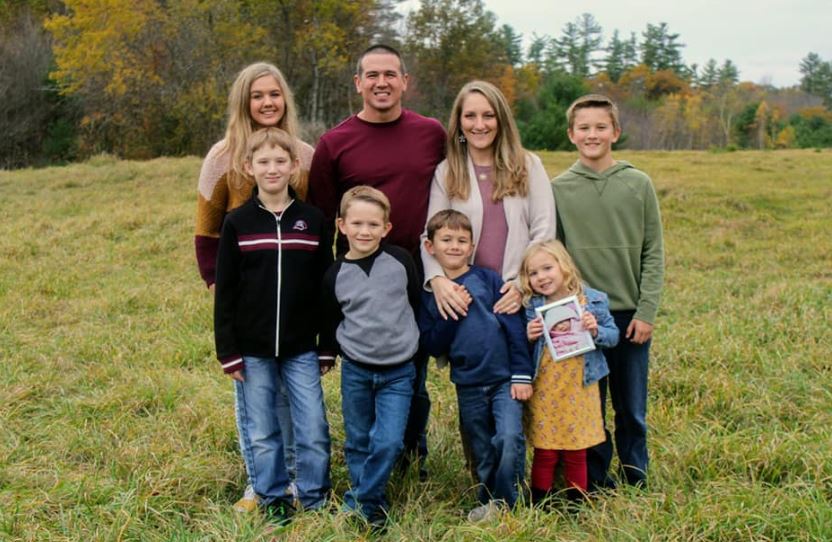 At their routine 19-week ultrasound with baby number four, Stacy Aube and her husband Matt were devastated to learn that their baby girl was not going to live long after birth. The doctor diagnosed her with anencephaly, in which the skull doesn’t form properly. There was little hope, and the couple was offered an abortion. They refused.

Aube said that she began to worry about her baby during the pregnancy, experiencing vivid dreams in which the baby died. Unsure what the dreams meant, she thought perhaps the baby had a disability. When they arrived at the ultrasound appointment, they were thrilled to know they were having a baby girl. With one girl and two boys at home, they knew their older daughter wanted a baby sister, and they couldn’t wait to tell her. But then, the technician said they would need to speak with the doctor. 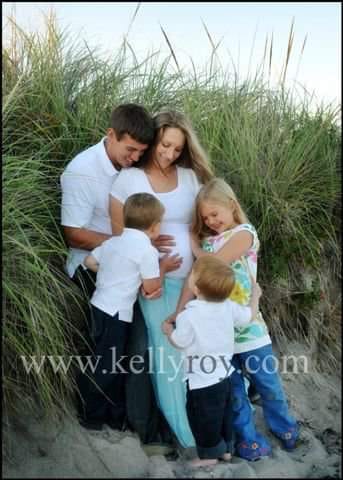 “Matt was watching closely and asked, ‘Are you having trouble measuring her head?’ She didn’t look up from the screen, just replied, ‘She is just dancing all over the place so I’m having trouble getting her to sit still for it.’ I laughed and joked about how she was a little dancer who liked to dance just like me,” Aube wrote in an essay for Love What Matters. “As the minutes went on, we started to realize this was very different than scans we had in the past. The tech was not chatting anymore and she was still trying to measure her head.”

As the tech left the room, Aube turned to her husband whose head was bowed in prayer. She quickly joined him. Aube understood now what those dreams meant, and she told her husband, “This is what [God] was preparing me for.” 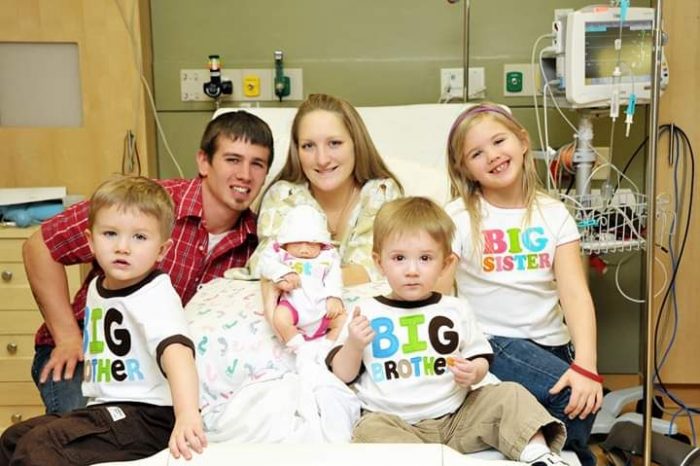 A million thoughts went through their minds as they waited to meet with the doctors. Aube didn’t want her baby to die and found herself wishing for a diagnosis of Down syndrome or any condition that would allow her baby to live.

“And that’s when I realized my worst fear was not disability, my worse fear was not being able to keep her,” she wrote. “I would take her in any possible condition, I just wanted her.”

The doctor told the couple that their baby girl had anencephaly and that she would not live long after birth. She offered them an abortion, which they immediately rejected. They were devastated and heartbroken and the thought of losing their baby girl. After leaving, Aube asked her husband what they were going to do.

“Without a pause, my brave husband said, ‘We’re going to give her a name.’ We already had one picked out, and so Rachel Alice it was,” said Aube. “Our 2nd little girl.”

I miss this little girl so much. Words cannot describe what it feels like to miss her. I would give anything to kiss her face or hear her giggle. I will someday… But not soon enough. #msmygrl #AnencephalyWasOnlyPartOfHerStory #December3 #43minutes #sheisalwayswithus

They went home and told their children everything they had learned, and the next day went for a second opinion. There were given the same diagnosis of anencephaly. After talking things over with this doctor, the couple opted to plan for a C-section in hopes of meeting Rachel alive, but struggled with insurance finding a C-section not “medically necessary.” They spent the next four months preparing to say goodbye while enjoying every moment they had with Rachel as she “danced” around in her mother’s womb.

At 37 weeks gestation, sooner than the family had hoped, Rachel was born by C-section and lived outside the womb for 43 minutes. Her siblings and other family members were there and they all celebrated Rachel’s birth and life with a cake and sang Happy Birthday. They took pictures and held her until the funeral home came to get her the next day.

“Saying goodbye that day and letting someone else leave the hospital with my baby was excruciating,” wrote Aube. “So much so that when I was supposed to leave the next day, I asked to stay another night because I couldn’t bear the thought of going home without her.”

Since Rachel’s death, the couple has raised money to build a playground in her honor. They also launched a 5K charity race that helps local ministries and other local families who have welcomed and said goodbye to babies with anencephaly. The couple has also had three more children – two boys and a girl.

“Having [Rachel] changed my entire perspective on children and on my well-laid plans for them in my life,” explained Aube. ” The picture perfect 2 boys and 2 girls was not what God had in store for me. It was better. And it took losing Rachel for me to know that…. In the deepest valley of my life, I have experienced the most beautifully painful moments. I’ve learned so much about myself, life and God…. Rachel made me a better person. And I truly believe she’s done that for thousands. She is safe in the arms of our Savior and I will see her again.”