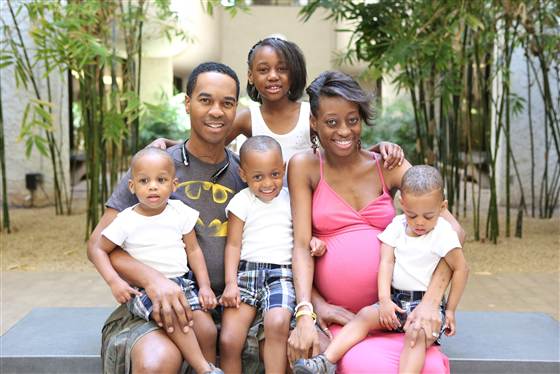 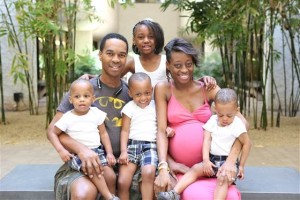 These days, fertility seems to be more a burden to couples than a blessing. Large families were once a staple of the world, but lately they’ve become something of a spectacle – a source of entertainment on reality television.

These days, once a couple has had baby number three, friends and strangers alike often raise an eyebrow, wondering if the pair has ever heard of birth control. But for families like the Derricos, the birth of each of their nine children has been a reason to rejoice.

Multiples run in their family, and Evonne and Deon Derrico already had a seven-year-old daughter, a three-year-old son, and twin one-year-old boys when they found out they were having their second set of twins. As Deon told Today.com:

We always wanted a big family, so when we were told we were having identical twin girls, we were thrilled. But we were also in shock because it meant we were going to have two sets of twins back to back.

But as luck (or grace) would have it, the couple wasn’t having twins. During an ultrasound, they were told they were actually having four babies. But just two days later, the doctors discovered baby number five. Amazingly, without the use of fertility drugs, their family of six would soon be a family of eleven. And though doctors weren’t sure Evonne could carry all the babies to full term and were fairly certain she would lose some of the babies, each baby was born weighing more than a pound at 32 weeks’ gestation.

After discovering she was having quintuplets, Evonne was put on bed rest and worked hard to carry the babies to term. Because of her dedication, she didn’t have any complications, and on September 6, 2013, Evonne gave birth to two healthy boys and three healthy girls, giving them nine children. The parents know how blessed they are, as Deon told Today.com:

Our babies were healthy and the doctor said that we proved him wrong time and time again. This whole experience has been one miracle after another.

The Derricos know what many people in the world ignore: that children are a blessing, not a burden. The couple know that they will need help taking care of their babies, and they are open and willing to accept that help. They are as happy as can be with their little bundles, celebrating each of their young lives and the miracle of fertility. As Evonne told Today.com:

I’ve been given this gift and ability to have babies and this big family. It’s really unspeakable. It’s making me want to be a better person and a better mom all the way around. 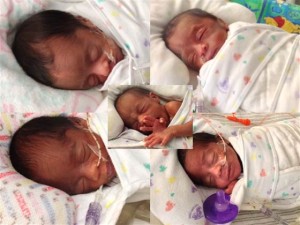 Deon laughs when asked if they would have more children in the future, telling NBC that they never even considered that they might have any more than twins in a single pregnancy. He admits that the birth of their quintuplets will slow them down a bit, saying, “We probably need to go on strike. Maybe not shut the factory down, but go on strike for four to five years!”

Today, many couples are aborting their children while others are struggling to conceive using fertility treatments. The heartbreaking truth is that some parents even choose to downsize their pregnancies, choosing to kill one twin or a couple of their multiples in order to have their exact amount of “wanted” children. In a world where our own children have become disposable, it’s truly beautiful to see a family celebrate each of their children, the planned and the surprises, and show the world just how special and unique each child and each life really is. Thank you, Deon and Evonne, and congrats on your beautiful family!