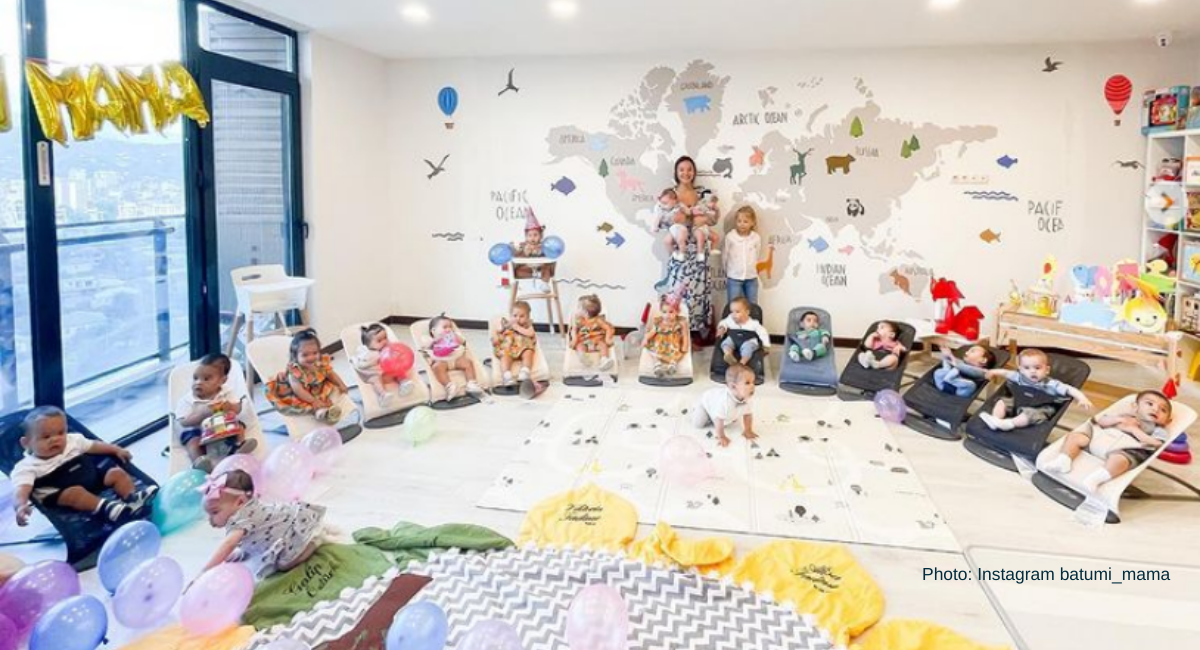 Galip and Kristina Ozturk have an unusual goal: they want to be parents to 105 children and are currently well on their way. The way this couple plans to accomplish their dream family is by using surrogates, so they can have as many children as possible, as quickly as possible.

According to the New York Post, the Ozturks spent $195,000 on surrogacy between March of 2020 and July of 2021. Additionally, they spend $96,000 a year on 16 live-in nannies, who help take care of the children — which currently number 21, plus one child each from each parent’s previous relationship. The family lives in Eastern Europe, in Batumi, Georgia.

“The clinic in Batumi chooses surrogate mothers for us and takes full responsibility for the process,” Kristina said, according to the Daily Mail. The surrogates never actually meet the Ozturks. “We are not personally acquainted with surrogate mothers and do not have direct contacts with them in order to avoid problems after pregnancy. All communication takes place through the clinic; we only monitor health indicators. I make up a dietary menu for mothers so that the food is complete, I look at the test results.”

READ: DNA test on 12-year-old stunningly reveals IVF mix-up: ‘No one should have to face this’

She also said that the children are all genetically the Ozturks’ and are not related to the surrogates; Galip Ozturk, meanwhile, has quite a checkered background, which includes fleeing Turkey after being sentenced to life in prison for soliciting murder.

The Ozturks’ use of IVF and surrogacy to get as many children as possible is the ultimate example of the commodification of children. IVF in and of itself is known to lead to millions of embryos being abandoned or discarded; with as many children as the Ozturks are creating through IVF and surrogacy, it’s not hard to imagine that some of their embryos — actual human beings — are being created and then destroyed as well.

Furthermore, this makes it even more clear just how dehumanizing and commodifying the fertility industry truly is. Children being treated as products to be bought and sold is the norm, and that’s exactly what the Ozturks are doing: rounding up children as if they were collector’s items, as opposed to treating them as individual people with their own inherent worth and dignity beyond making their parents feel fulfilled.