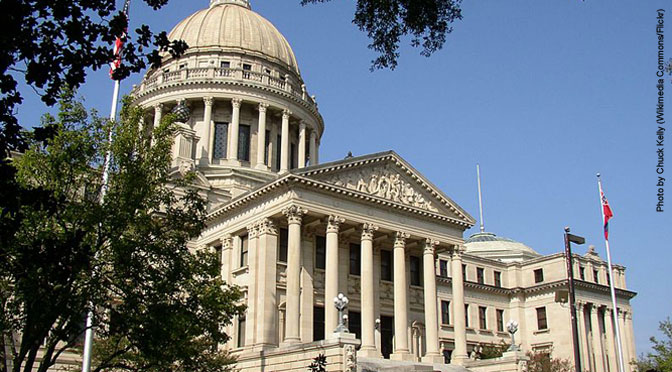 On Tuesday afternoon, Mississippi Governor Phil Bryant signed into law SB 2238, a bill to defund Planned Parenthood and other abortion providers in the state.

Bryant declared he was “Happy to sign Senate Bill 2238. Taxpayer dollars should not fund abortions.” The bill, which takes effect on July 1, forbids any Medicaid reimbursements to any entity that performs or is otherwise involved with abortions.

The amount of money at stake is relatively small — Medicaid reimbursements to Planned Parenthood have totaled less than $1,000 per year for the past five years — and the organization’s sole Mississippi location refers women for abortions but does not perform them on-site. But proponents of the bill maintain the principle at stake still warrants action.

“You are the company you keep and by Mississippi reimbursing Planned Parenthood through Medicaid, we are keeping that company,” State Senator Brice Wiggins declared during the debate over SB 2238, which passed the House 77 to 7 and the Senate 34 to 17. He and other lawmakers said they were motivated in part by the abortion giant’s controversial fetal organ harvesting practices caught on tape by the Center for Medical Progress.

Derzis knows a business competitor when she sees one. This being said, it is unlikely that Derzis imagined that her abortion facility would be defunded by Mississippi state law as well.

Americans United for Life ranks Mississippi the fifth most pro-life state in the country.