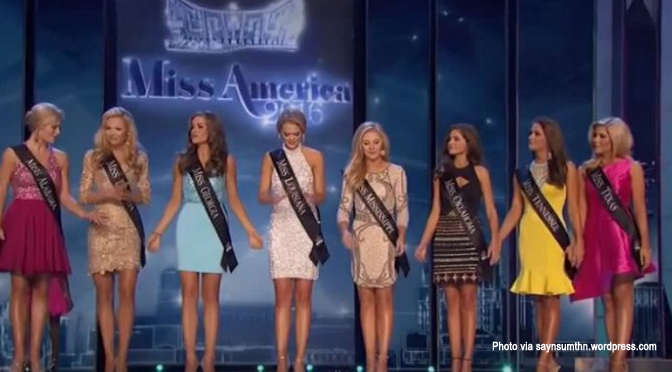 Miss Tennessee may have placed in the top seven and looked good in swimsuit in Sunday night’s Miss America pageant, but clearly her focus wasn’t on studying issues before speaking about them. Instead of sounding like a contestant who did her homework, she sounded like one who was receiving coaching from the president of Planned Parenthood.

Twenty-one year old Hannah Robison may have wowed the judges, but she didn’t impress pro-lifers with her twisted facts. When celebrity judge Vanessa Williams asked Miss Tennessee about government funding of Planned Parenthood, she spouted off the same lie that PP CEO Cecile Richards did about mammograms...

Of course, there’s not a single Planned Parenthood in the nation that even has the equipment to do mammograms. All of the screenings the abortion giant can do, any doctor in any clinic can do – and the breast cancer screening Planned Parenthood does, a woman can do herself.  And Robison would understand this had she bothered to check her facts before taking a national stage.

Live Action uncovered the truth that Planned Parenthood does not perform a single mammogram, through a nationwide investigation of the abortion giant.

Perhaps one of the more baffling aspects of Robison’s confusion of the facts is her background in science. The Jackson Sun reports, she is a “senior at UT Martin pursuing a degree in chemistry” with a “philanthropy platform” which is the “Campaign Against Pain: Arthritis Awareness.” She will now “travel across the state speaking to more than 50,000 schoolchildren about respect and opportunities in STEM education for the remainder of her reign as Miss Tennessee.”

As someone committed to science education and medical research, it would behoove Robison to educate herself now before she loses her entire platform by perpetuating fantastical comments that are actually part of a master rhetorical plan from Planned Parenthood. By participating in the rhetoric, she sends a message to the educated that goes something like this: “I heard good stuff about Planned Parenthood and that sharp looking lady said they save women’s lives, and I believe her because she looks smart. I’m really busy so I just trusted Planned Parenthood.” Actually, that’s pretty much what President Obama said, indicating a disturbing trend of national ignorance.

.@MissAmericaTN responds to, “Should funding to Planned Parenthood be cut off?” #MissAmericapic.twitter.com/E1aA4f0Xzc

As Robison embarks on the rest of her year of educating Tennessee schoolchildren on science and technology education, one can only hope she decided to educate herself on medical facts before offering them as truth. Or before taking a final in her university science classes.