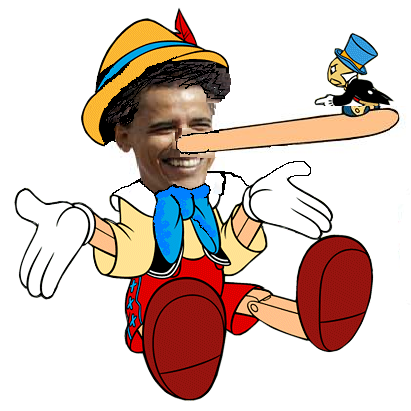 On Wednesday night, President Barack Obama, yet again, falsely referred to Planned Parenthood as a mammogram provider. However, Planned Parenthood is not authorized to perform mammograms at any of their clinics, and for them to do so would be against the Mammogram Quality Standards Act.

In a reaction to the president repeating the falsehood during the second presidential debate, Casey Mattox wrote a piece claiming that for Obama to say that Planned Parenthood provides mammograms is to accuse the organization of breaking the law. It may get confusing as to which instance one is reporting on when it comes to the president making the false claim that Planned Parenthood provides mammograms. That is because he did so not only on Jay Leno’s show a few nights ago, but also recently at the second presidential debate, and in an interview with Glamour magazine. And these are only recent claims which he has made.

However, it would seem that Barack Obama was not aware of this event, nor was he aware of the admittance from Planned Parenthood. Not being aware of the latter may be hard to believe, but why else would he repeat this falsehood, on live national television? A LifeNews article about Wednesday night’s claim features a video link as well as a transcript.

Here is what the president said, emphasis mine:

PRESIDENT OBAMA: Rape is rape. It is a crime. And so, these various distinctions about rape and, you know — don’t make too much sense to me. Don’t make any sense to me. The second thing this underscores, though, this is exactly why you don’t want a bunch of politicians — mostly male — making decisions about women’s health care decisions. I — women are capable of making these decisions in consultation with their partners, with their doctors. And, you know, for politicians to want to intrude in this stuff, often times without any information, is a huge problem. And this is obviously a part of what’s at stake in this election. You’ve got a Supreme Court that — you know, typically a president is gonna have probably another couple of appointments during the course of his term. And, you know, Roe vs. Wade is probably hanging in the balance. You’ve got issues like Planned Parenthood where, you know, that organization provides millions of women cervical cancer screenings, mammograms — all kinds of basic healthcare.

If Planned Parenthood clinics across the country have not already been bombarded by the first Facebook event of almost 2,000 pro-lifers calling to find out more about “imaginary mammograms” they could get, they certainly will be today – Friday the 26th. Abby Johnson has launched a “Round Two” of the “Call Planned Parenthood to Schedule Your Imaginary Mammogram” event, which is public on Facebook.

With an event having passed and an event upon us to literally call up and call out Planned Parenthood, as well as the organization actually admitting that no mammograms are performed, one would think that the president would take the hint. But after making the false claim three times in the past few weeks, the president and his falsehoods remain a wonder.