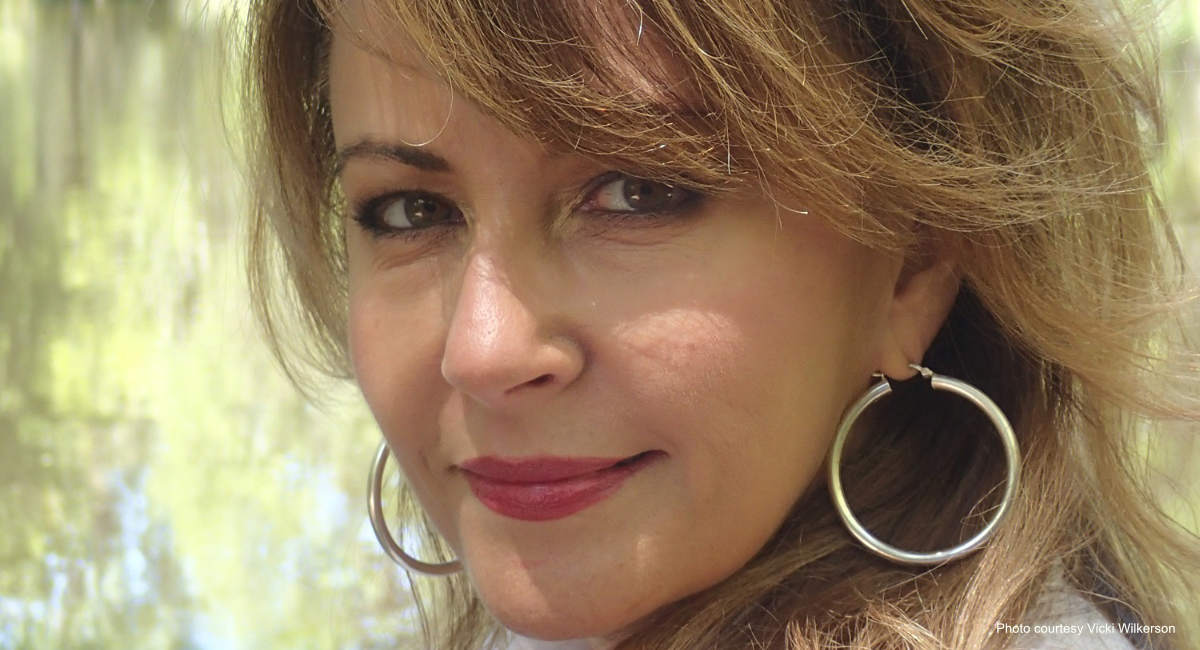 A busy mom of two children, Vicki Wilkerson’s days were spent helping her developmentally disabled young son, whom she almost lost at birth, become self-sufficient. When he entered kindergarten and her daughter was in the third grade, she yearned for another child. She had planned for four children but delayed another pregnancy to focus on aiding her son. When she learned she was expecting her third child, she was elated. She never imagined she’d face a devastating loss.

Wilkerson told Live Action News, “The pregnancy started without complications, just like the other two. As I was beginning my fifth month, I began spotting. I had not experienced this with the other pregnancies, and I became alarmed.”

Her obstetrician confirmed her fears, that she was suffering a miscarriage, and nothing could be done to save her baby. Distraught, she went home and prayed her child would be spared but she continued to bleed for two more weeks.

During this time, Wilkerson needed an outlet for her heartache. As a writer, it seemed natural to express her feelings in a journal. Every day, she wrote not just about what she was undergoing, but a love letter to her baby, chronicling her hopes and dreams for her preborn child, whom she named Preston, though she didn’t know the child’s gender.

“Because of the length of time it took to completely miscarry, I had a sense that my baby was slowly falling away from me day by day,” Vicki said. “It was such overwhelming sense of loss. Writing was a tangible way to hold onto my baby. At the end of my miscarriage, I wrote a poem to honor Preston’s life.”

READ: Reporter who suffered multiple miscarriages reminds women like her that ‘they are not alone’

Just weeks after her miscarriage, Vicki’s marriage ended. She lost her home in Georgia and moved back to South Carolina with her other children. “My children lost their friends and their father’s daily presence. Our lives were in such turmoil. Even though I was grieving the losses, I had to pull myself together to be able to support my children,” Vicki said. “I was determined to complete my bachelor’s degree in English and become a teacher.”

In between juggling classes, studying for exams and raising her children, Vicki continued to write in her journal to and about Preston. As she prepared to graduate, she realized her baby would have been due the week of final exams and that she would have been student teaching English, creating lesson plans, and grading papers while caring for a nursing baby.

“It struck me that despite the difficulty of being a single parent and a full-time teacher, I would have chosen to have Preston, no matter what I needed to endure or accomplish,” she said.

As her other children grew, Vicki worked toward her master’s degree and continued to teach. Yet she never forgot about Preston. While re-reading her journal and noting the age Preston would have been, she was inspired to write a book that focused on women who, like her, faced life-altering challenges but who instead chose abortion over life. The book has not yet been published.

“I have always thought about life in black and white terms,” Vicki said. “I would choose life, no matter the cost. But I understand, too, how tough life would have been balancing teaching with furthering my education and parenting another child, so I have compassion for women who feel they have no other way out.”

Like most women who experience pregnancy loss, Vicki remembers exactly how old her child would be today, had he survived. “My child would be 32 years old this year. He still lives in my heart and will always be a part of my life. I believe that one day, we will be reunited.”