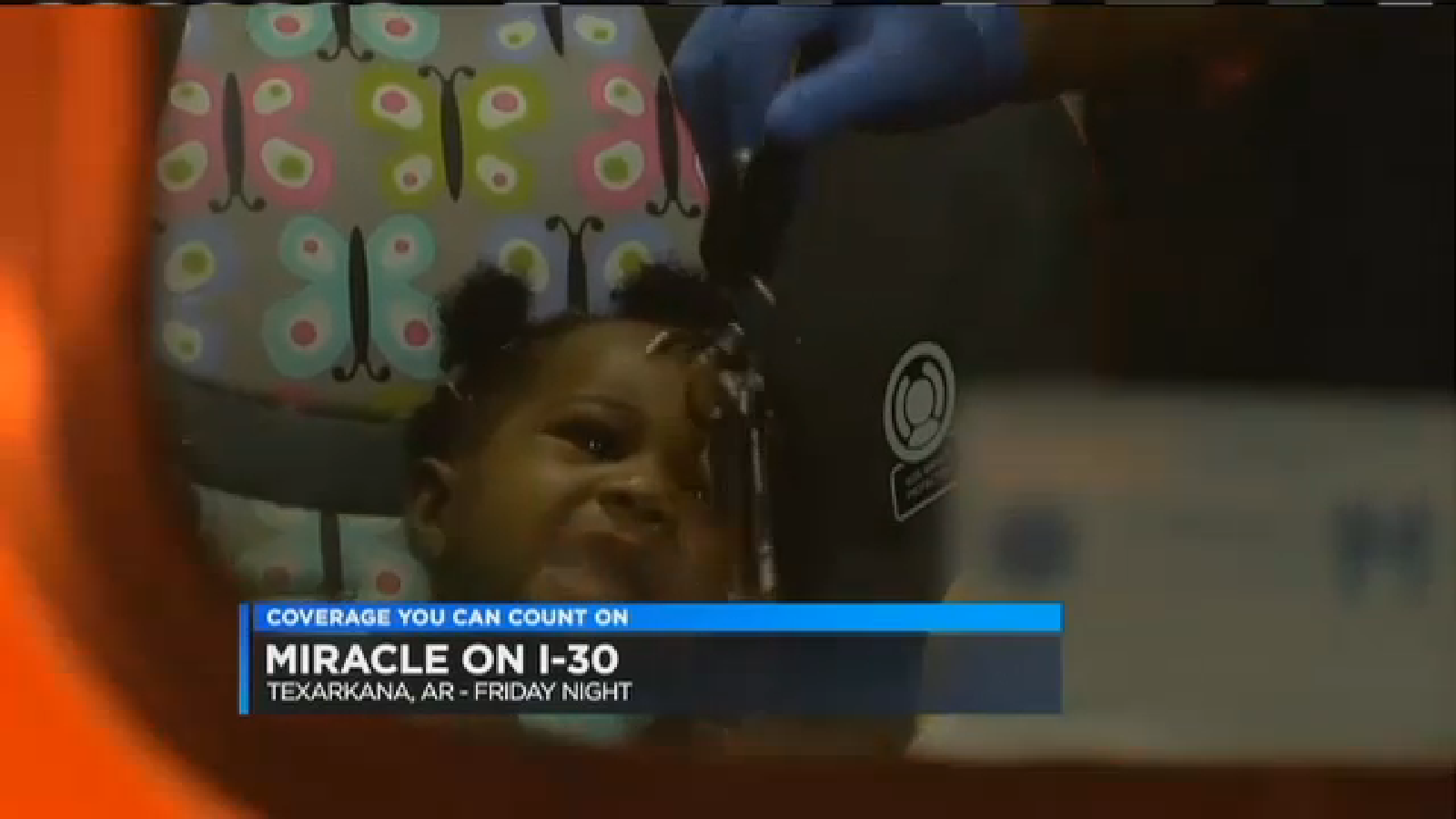 In Texarkana, Arkansas, medics are crediting “divine intervention” for the miraculous survival of an eight-month-old baby girl thrown from a vehicle during an accident.

KSLA-TV reported that the baby girl was thrown out of a car which flipped over after being hit by an 18-wheeler. When rescuers arrived, family members told them that the baby girl was unaccounted for. Firefighter Josh Moore told reporters that they searched the land in the median after a bystander claimed he heard a noise in that area. They found the baby girl in a drain, 25 feet away from the road.

“The eight-month-old was actually sitting down in the grate, sitting up and looking up at us and waiting for us to pull her out. She wasn’t screaming. She wasn’t crying. She was just sitting there waiting for us,” Moore said. One of the people on scene said her hands were stretched up, reaching out to those who had come to save her.

With no more than a scratch on her head, rescuers believe she rolled down a hill into the drain.

“There had to be some kind of divine intervention for her to end up being okay,” said Moore.

The other four passengers in the car were not badly hurt, but police did find that the car seat for the baby was not properly installed, and the little girl was not properly restrained in the seat.

She isn’t the first miracle baby to survive a life-threatening ordeal after being placed or accidentally trapped in a drain.

In 2013, a newborn baby boy was miraculously saved from a sewage drain after his mother dumped him down a squat toilet. The mother has since said she regrets that decision. 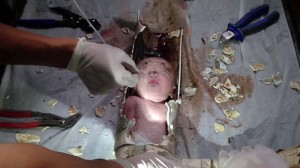 In 2014, a newborn baby boy was found in a drain in Australia. A father and daughter were bicycling when they heard what they thought was a crying kitten. They quickly realized upon investigation that it was a baby boy, abandoned in a 9-foot deep drain pipe with a concrete slab placed on top. Police were stunned the baby survived, saying, “We haven’t seen anything like this before.”

And no one alive 25 years ago could forget Baby Jessica, who spent two-and-a-half days 22 feet down a well before being rescued. The entire country watched in anticipation as a separate hole was dug down and then across to reach the 18-month old.

We are all innately built to survive; created to fight for our own survival. Even babies, with little to no realization of who they are and what life is, will fight for as long and hard as they can, to live.