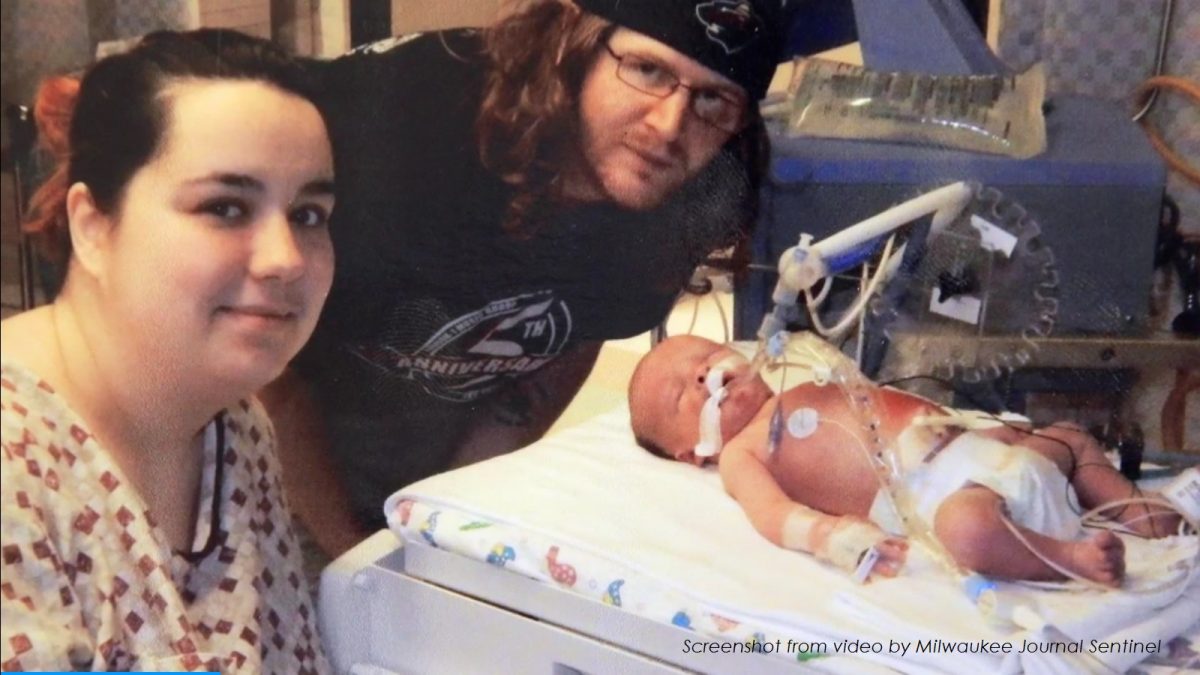 Jessica Richards had just given birth to her son Thomas when she and her husband Corey realized something was wrong. Thomas was blue and his body was limp. He didn’t make a sound.

Placed on his mother’s chest, they waited for him to take his first breath and turn pink. He didn’t. Instead, nurses placed a bag mask on his face to attempt to force air into his lungs. It worked, but not well enough. Next, they tried to place a breathing tube, but it wouldn’t go in.

Thomas was rushed to emergency surgery, and the couple soon learned that their son had tracheal agenesis, a condition in which no trachea, or windpipe, develops. He was only receiving a tiny amount of air through a small passageway into his lungs. The condition is almost always fatal.

But that wouldn’t be true for Thomas. He has become the first person in the United States to ever survive. Only five others exist in the world.

The doctors weren’t sure what to do, but one doctor, Katie Dominguez, thought she knew people who would. She called Children’s Hospital of Wisconsin to speak with two surgeons there. They had never heard of a baby without a trachea, but they created a plan to help him.

Thomas was originally placed on a ventilator, but the air was mostly going to his stomach. Dr. Dominguez clamped his esophagus just above the stomach, forcing the air through that small passageway. She wasn’t sure it would work.  Then she installed a feeding tube into his stomach and sent Thomas by ambulance to Children’s Hospital. She went home, concerned he wouldn’t survive the trip there, but he did.

Dr. John Densmore, a pediatric surgeon, delivered the official diagnosis to the new parents, and he didn’t hold back when explaining the condition.

“Dr. Densmore was like brutally honest with everything and told us that well what Thomas is going through really, there is really no survival rate,” Richards told the Milwaukee Journal Sentinel. “It’s like a most nearly fatal in all cases.”

Dr. Densmore told the couple that without surgery, Thomas would die, but with it, he had a much better chance at surviving.

The surgery was successful. Thomas would still need a ventilator, but it prepared him for future surgeries to widen his esophagus. It also allowed his parents to see his face, free from tubes, for the first time.

At a conference soon after, Dr. Densmore happened to run into Professor Hiroomi Okuyama, a surgeon who had saved four babies born without tracheas. The two discussed Thomas’s condition, and Densmore returned to the Richards family with more information. Thomas would likely outgrow the small passageway to his lungs, and he needed another surgery sooner than later.

In this next surgery, that small passageway to his lungs was removed, and doctors put a sleeve around his esophagus to expand it. His esophagus was then attached to his lungs, allowing him to breathe without a ventilator. 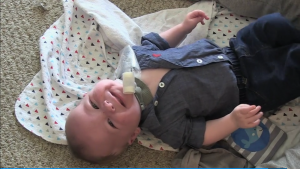 Screenshot of Thomas via video by Milwaukee Journal Sentinel

After 147 days of life in a hospital, Thomas was able to go home with his parents and older sister. He is closely monitored by a team of doctors and is doing well. His next surgery will reconnect his stomach back to his mouth, so he can eat normally.

“I have no problem saying he is a miracle child because what he went through was so miraculous that he’s even still here,” said Richards. “He’s definitely got a mindset, and he’s definitely shown a lot of people that don’t really believe in miracles that miracles do happen.”

While he may never speak because he doesn’t have vocal chords, Thomas has already spoken volumes about fighting for life. He is a miracle in every way. He survived what no one else in the history of the United States has survived, and has therefore made it possible for other children to follow in his footsteps.