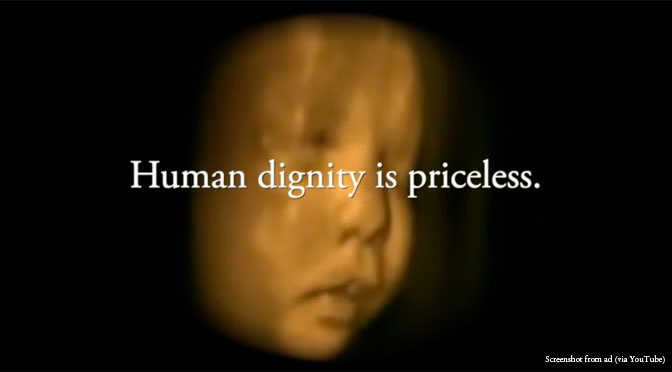 Two Milwaukee, Wisconsin, TV stations – Fox6 and WISN – are refusing to air a pro-life advertisement in support of legislation banning the use of aborted babies’ remains in medical research.

The ad, sponsored by Pro-Life Wisconsin and Wisconsin Family Action, contrasts ultrasound footage of preborn children with the monetary value of their organs discussed by Planned Parenthood officials in a series of undercover videos released over the past several months by the Center for Medical Progress. The Wisconsin Legislature is currently considering AB 305, which “prohibits a person from knowingly providing, receiving, or using, for experimentation, a fetal body part in this state, regardless of whether the provision, receipt, or use is for valuable consideration.”

WISN told the pro-life groups they could air the ad during entertainment programming, but not during the evening news as they had originally hoped. As for Fox6, sales director Mike Neal wrote that station management was “not comfortable with the content during morning, daytime and primetime hours,” so they agreed only to run the commercial between 10:00 PM and 4:00 AM.

A representative of Wisconsin Family Action told Media Trackers that the time slots WISN was willing to run the ad in did not reach the audiences they hoped to connect with. However, Milwaukee TV station TMJ4 has aired the ad.

AB 305 is expected to be taken up when Wisconsin lawmakers return to the capitol for business on January 12.