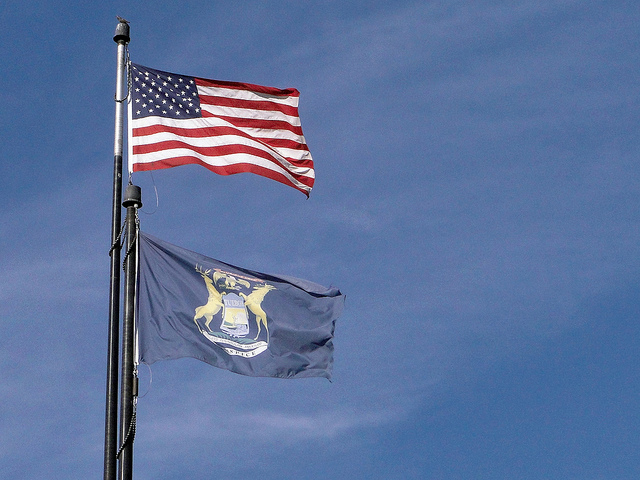 The state of Michigan has a 1931 law on the books which not only prohibits most abortions, but also criminalizes the act of committing one. In anticipation of the potential overturning of Roe v. Wade, Planned Parenthood of Michigan filed suit in April to block Michigan Attorney General Dana Nessel from enforcing the law. Nessel stated that she would not defend the state in the lawsuit, and agreed with Planned Parenthood’s position that the law is unconstitutional. The law states:

Any person who shall wilfully administer to any pregnant woman any medicine, drug, substance or thing whatever, or shall employ any instrument or other means whatever, with intent thereby to procure the miscarriage of any such woman, unless the same shall have been necessary to preserve the life of such woman, shall be guilty of a felony, and in case the death of such pregnant woman be thereby produced, the offense shall be deemed manslaughter.

But whether that law will go back into effect remains to be seen, as legal ups and downs have been happening so quickly in Michigan that it is difficult to keep track of the law’s status at any given moment.

Court of Claims Judge Elizabeth Gleicher – who admits to making annual donations to Planned Parenthood – was assigned to the case. In May, she issued a temporary injunction prohibiting enforcement of the 1931 law, arguing that Planned Parenthood had a reasonable chance of winning its case. Although the Michigan legislature attempted to secure Judge Gleicher’s recusal from the case on the grounds that she could not be impartial in a case concerning an organization she obviously supported, she refused, saying the legislature’s argument “border[ed] on frivolous.”

Some Republican county prosecutors pledged to enforce the law, while at least seven Democratic prosecutors said they would decline to do so.

Governor Gretchen Whitmer has filed a separate lawsuit concerning the 1931 law. The Michigan Supreme Court has not yet stated whether it will hear the case. Meanwhile, pro-abortion activists have submitted over 750,000 signatures in an effort to get a measure on the ballot this fall which, if passed, would change Michigan’s constitution to permanently protect abortion.