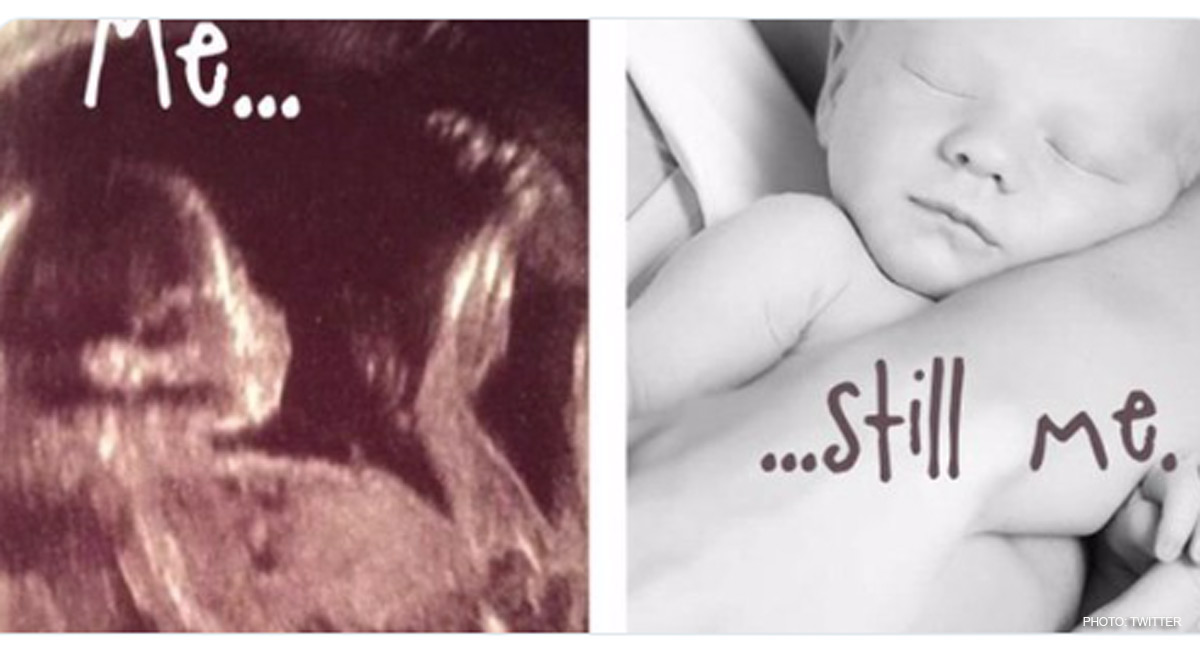 A preborn baby in the womb is no different from a baby on the outside; one is just as precious and worthy of love and protection as the other. This is the message conveyed by the by the #MeStillMe hashtag that has recently gained traction on social media.

It all started when Nichole Rowley and her husband Tyler gave birth to their baby, Fulton, in August. They received a congratulatory note from the governor of their home state of Rhode Island, but the well-wishes made Nichole feel uneasy. That’s because Rhode Island is poised to pass an extreme abortion bill on par with, and in fact more extreme than, New York’s. Despite the fact that 74% of Rhode Islanders oppose unrestricted abortion up until birth, Governor Raimondo has promised to sign it into law. “The card expressed the joy of having children, but the sentiment didn’t make sense coming from Governor Raimondo,” said Rowley to NBC 10 News. “If children are such a special gift, as the card claims, why does she offer those children no rights before they are born?”

To combat the dehumanization that helps many like Raimondo feel comfortable with taking away the lives of preborn babies, Nichole combined the powerful tools of social media and ultrasound imaging: “We combat the lie of dehumanization by showing a side-by-side photo of the child in the womb (Me) and outside the womb (…Still Me), clearly presenting the continuum of human life from the womb to the crib.”

We’re voters, and we’re watching! @CharleneLimaRI 74% of Rhode Islanders oppose abortion right until the moment of birth. VOTE NO ON H5125 Sub A. #MeStillMe #SaveTheBabies pic.twitter.com/xjwEWMjatM

Nichole sent the card back to the governor, along with her #MeStillMe images of her oldest son and newest baby. She later created a Facebook page and a Twitter account to spread the hashtag. Pro-lifers from about half a dozen other states have shared the hashtag, and two pro-life Catholic media outlets, EWTN and Relevant Radio, have shared with millions of followers. Many have taken up the hashtag to share photos of their own babies, both born and preborn.

Nichole said she has been overwhelmed by the outpouring of support after creating the hashtag. She told the National Catholic Register, “I have been so moved by the people who have reached out to me personally. Women have told me incredible stories. They tell me I encourage them but it’s really their incredible stories of choosing life in this culture of death that is encouraging. Their kindness and thankfulness gives me the confidence to keep fighting.”