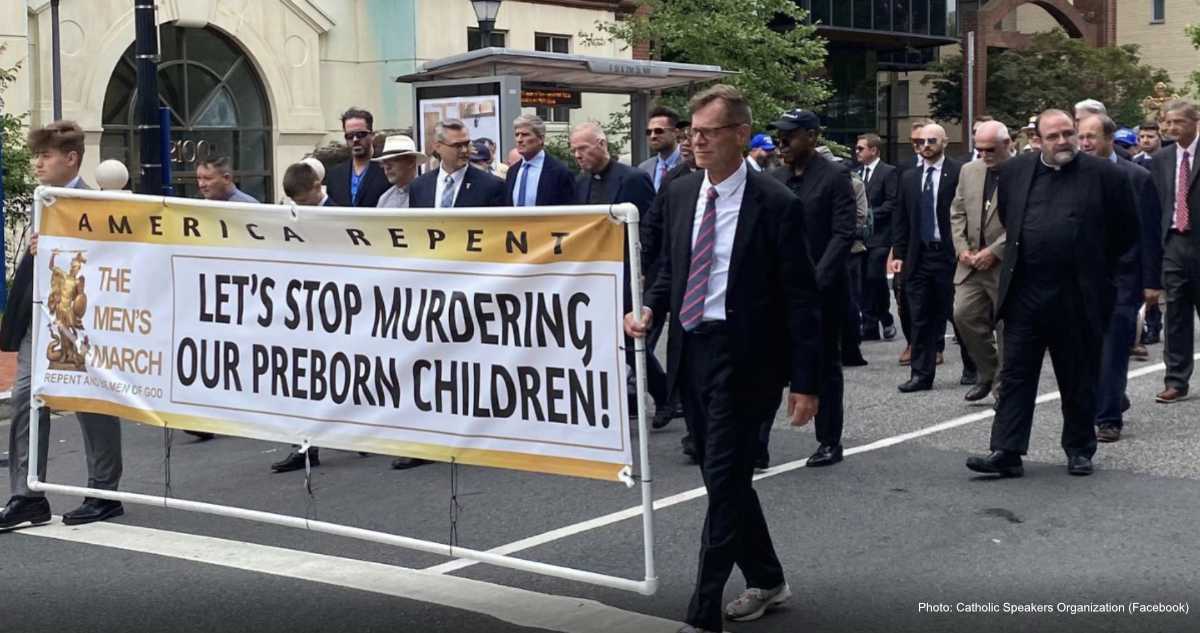 The pro-life National Men’s March to Abolish Abortion and Rally for Personhood occurred on October 15 in Boston, where hundreds of participants marched from Planned Parenthood down Commonwealth Avenue to the steps of the State House. Along the way, they encountered significant opposition from abortion supporters, though Boston Police say no arrests were made during the event.

According to the Catholic Action League, “the purpose of the march is to encourage men, especially fathers, to take responsibility and resolve to do more to end the scourge of abortion in America.” The participants first gathered for prayer outside a local Planned Parenthood, then marched to the State House for a rally. They were met every step of the way by a group of abortion supporters that swelled to several hundred in number as they held their own counter-rally. When the pro-lifers met at the State House, abortion advocates attempted to drown out the sound of the speakers.

The Boston Herald reports that during the speaker session, many of the abortion advocates yelled about the need for the separation of church and state, while chanting against “extremist Catholics.”

“We need to show they are clowns, and drown their noise out,” Emily Neumann told the Boston Globe. Neumann walked along the Men’s March course while banging on a drum. “We don’t tolerate this kind of fascist nonsense in Massachusetts.”

READ: Benjamin Watson at March for Life: ‘You can change the course of generations’

“There is nothing pro-life about trying to deny people access to life-saving health care and control over their own bodies,” said Nate Horwitz-Willis, executive vice president of external affairs at Planned Parenthood League of Massachusetts, in a statement.

While the pro-abortion opposition was intense, organizers expected to receive pushback in Massachusetts, which is an abortion-friendly state. “Going to Boston, which is really the belly of the beast, I’m sure we’re going to have some protests and aggravation,” Ed Laverty, one of the marchers and a Massachusetts native, told the National Catholic Register ahead of the event.

Like many of the marchers, however, Laverty reiterated his commitment for the support of all life as the reason for marching. “These women aren’t having a baby on their own…” he said. “Men haven’t stepped up to the plate. It’s time for men to step up to the plate.”

The next Men’s March is scheduled for November 14 in Baltimore.