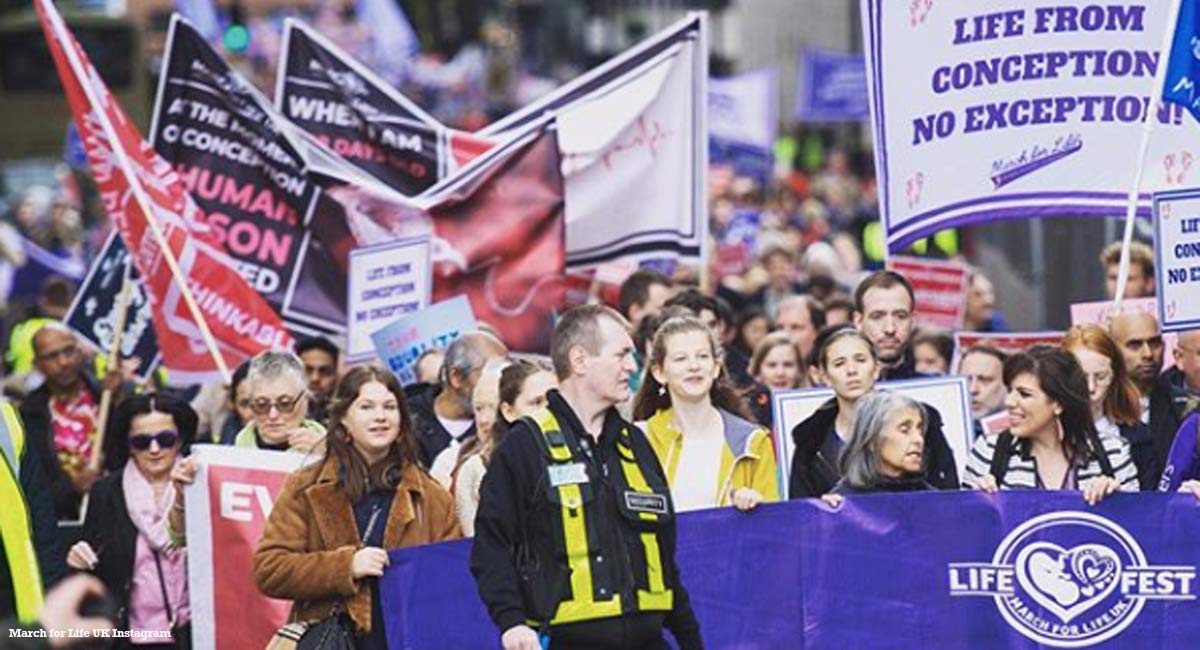 On Saturday, 5,000 pro-lifers gathered in London for the March for Life UK. The March ended in Parliament Square where attendees listened to several internationally renowned pro-life speakers including abortion survivor Melissa Ohden, and president of Culture of Life Africa, Obianuju Ekeocha.

Despite the crowd, the UK media failed to cover the March. The media blackout of the large and energetic pro-life event is consistent with the extreme pro-abortion bias demonstrated by major news outlets in the UK.

During the March for Life ignored by the pro-abortion media, Melissa Ohden shared her story of surviving an attempted abortion. She said, “In my work as the founder of The Abortion Survivors Network, I have had contact with 286 other abortion survivors, including five from the U.K., four of whom are still alive today.”

She added, “Despite the miracle of my survival, the doctor’s prognosis for my life was initially very poor. My adoptive parents were told that I would suffer from multiple disabilities throughout my life. However, here I am today, perfectly healthy. Whether I had lived with the expected disabilities or not, my life still deserved to be protected and respected, I still was worthy of the love that my family freely offered.”

READ: This week, March for Life Canada will mourn 50 years of legalized abortion

During her speech, a group of pro-choice counter-protesters attempted to drown her out. The group, singing a variation of Engelbert Humperdink’s “Can’t Take My Eyes Off You” with the lyrics, “We need abortion and if it’s quite all right.”

In a live-streamed video on Facebook, Ruth Rawlins, who works for the pro-life Centre for Bio-ethical Reform UK, attempted to engage the pro-choice protesters in dialogue. Two of the women agreed to talk to her about their reasons for protesting, but other members of the group insisted they could not talk to Rawlins.

It appears, like the pro-choice protesters, the UK pro-abortion media has refused to engage in dialogue, covering pro-abortion propaganda but ignoring a march with more than 5,000 pro-life participants — like the woman in the video below, who said her mother was pressured to abort but refused. She adds that it was the pro-abortion actions in the United States — New York’s passage of an extreme pro-abortion law, specifically — that spurred her on to become more vocally pro-life in her own country. She also says she was surprised to see so many young people participating in the UK March:

In a press release, organizers for the March for Life UK wrote, “The March comes as abortion campaigners increase pressure on Westminster to introduce abortion on demand to Northern Ireland and to make extreme changes to abortion legislation in England and Wales.”